COLUMBUS — Sacks might have been a problem, but it clearly wasn’t one that did much to slow down the Ohio State offense.

Sure, when it comes to areas of improvement, finishing No. 12 in the Big Ten in sacks allowed jumps out as the most obvious issue that could be dramatically improved for the Buckeyes. Obviously it’s never ideal to have the quarterback on the ground or to give away yardage, and there’s no question that a unit with as much pride as the Ohio State offensive line will never be happy with even a single breakdown in pass protection.

But the Buckeyes also wouldn’t have been far and away the highest-scoring attack in the league without a dominant group up front. And there’s also not really any doubt that Ohio State was living up to the program’s high standards last season — and not all sacks are created equal.

The coverage downfield might be too good. The quarterback might occasionally hold on to the football for an extra second too long. The Buckeyes played a bunch of elite defenses last season, and they deserve credit for making plays as well. Sometimes even the design of a play can create a sack.

That’s not meant to create excuses for Ohio State finishing the season by allowing 35 of them. But it’s important context before diving into the film to see whether there were underlying issues or if it’s just nitpicking, especially with two new starters entering the lineup. 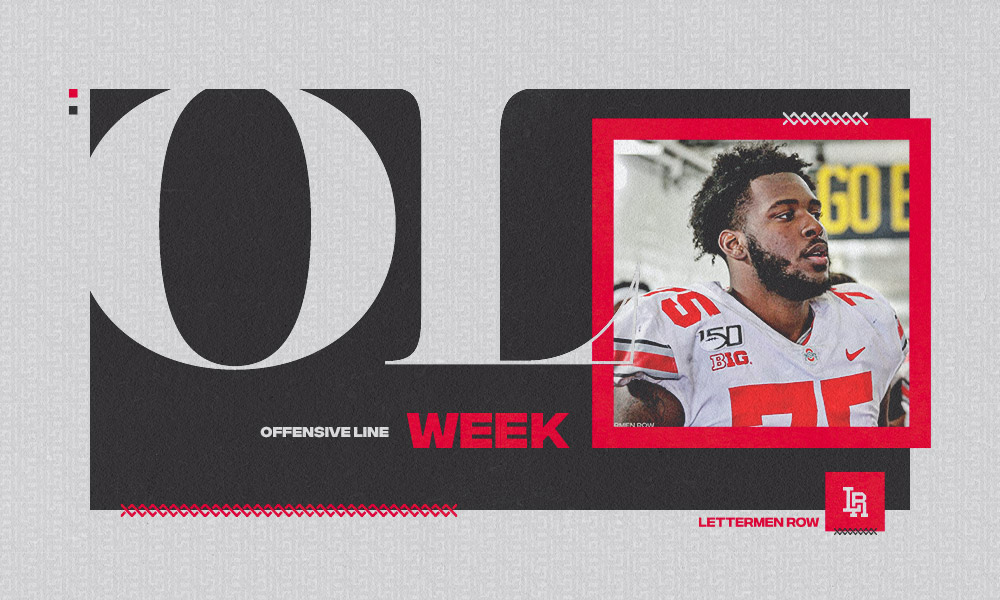 “I have all the confidence in the world in any of those guys getting in the game and playing,” Buckeyes center Josh Myers said. “I think we’ll be better because of that and because of the culture we instilled last season and the expectation. It became the expectation and not the exception. Anything short of us all grading out as champions and dominating was considered a failure.

“I think the young guys took note of that and are running with it and trying to hold themselves to that level.”

There will still be sacks given up this season by Ohio State. Nobody is perfect, and the Buckeyes play some really talented opponents in the rugged Big Ten East Division every year.

But with Myers, Wyatt Davis and Thayer Munford all back with another year of experience and a pair of five-stars likely sliding into the lineup in Nicholas Petit-Frere and Harry Miller, the potential is there for Ohio State to actually take a step forward and become the best line in the country. And while it takes more than a couple sacks per game to slow down the Buckeyes, it feels inevitable that they’ll shave that total down this year.

Did Ohio State have actual problems with pass protection last season? Where can the Buckeyes improve up front even after helping fuel the most prolific scoring attack in the Big Ten? What caused the program to finish No. 12 in the league in sacks allowed a year ago? Former Ohio State and NFL offensive tackle Reid Fragel was back in the film lab looking at some clips to answer those questions and more in the latest episode of BuckIQ.