COLUMBUS — Nobody could have blamed the Ohio State offensive line if it needed some time to find its footing.

With four new full-time starters and a new quarterback working behind those big guys up front, it wouldn’t have been fair to expect instant chemistry, champion grades and a pile of knockdown blocks after two games.

But maybe the Buckeyes just didn’t get that memo, because the retooled unit that is so critical to the success of the program as a whole has come out absolutely firing. If there was supposed to be an acclimation period, the Ohio State linemen have seemingly declined that option and are quickly raising the expectations for what they can do this season.

“They worked hard this week,” Ohio State coach Ryan Day said after the impressive win over Cincinnati on Saturday. “[Position coach Greg] Studrawa and the offensive line did a great job. I’m not sure if there was one snap they [ever] blinked. They were blitzing from sideways, every which way. The guys were covering it up. They hit us on a couple early on, but then we started to cover them up. 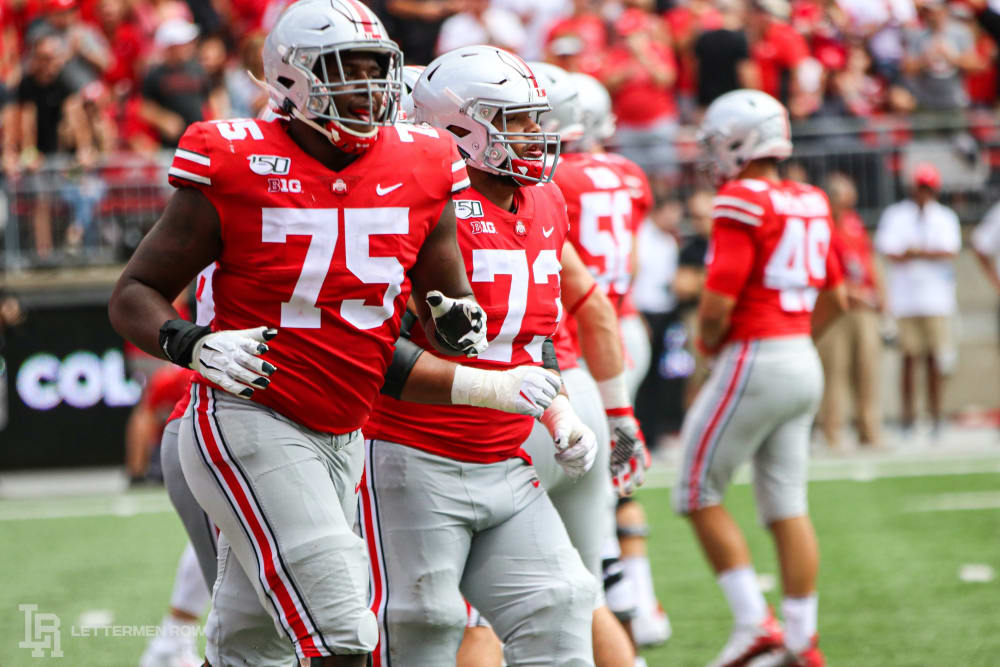 “And J.K. [Dobbins], when he got to the second level he was rolling, and I thought it was great getting J.K. going and the offense line did an unbelievable job. Tribute to Kevin Wilson and Stud and all the guys who worked on that this week.”

The Buckeyes were already solid in the opener with all five starters earning champion grades from the coaching staff. But Thayer Munford, Jonah Jackson, Josh Myers, Wyatt Davis and Branden Bowen all improved from the first game to the next, which certainly bodes well for that unit moving forward as they get even more familiar working together and get more reps under their belts.

What is allowing this group of Ohio State linemen to come together so quickly? Where are there areas the Buckeyes can still improve? Is there a secret to developing the kind of cohesion needed to become an elite unit? Former Ohio State right tackle Reid Fragel was in the Lettermen Row film lab looking at a few of the most productive plays so far this season in the latest episode of BuckIQ.