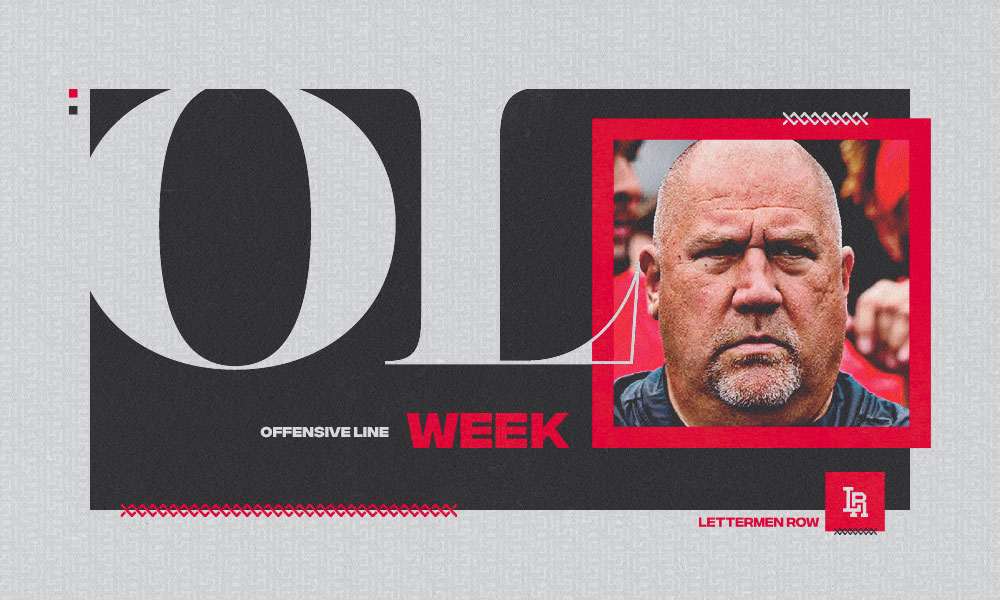 COLUMBUS — Without being insanely greedy, there’s really nothing more Ohio State could ask for on the offensive line.

And, sure, there are two open jobs that the Buckeyes must fill. But there are former five-star prospects waiting to take over both spots — and a handful of other touted, versatile projects pushing from behind to bolster the depth.

Add it all up and it’s not hard to imagine Ohio State rolling out the best offensive line in America. And it might just become the best the program has ever seen.

“I have all the confidence in the world in any of those [new] guys getting in the game and playing,” Buckeyes center Josh Myers said. “I think we’ll be better because of that and because of the culture we instilled last season and the expectation. It became the expectation and not the exception.

“Anything short of us all grading out as champions and dominating was considered a failure.”

The Buckeyes did that plenty a year ago, and it will be a new challenge to do it without NFL Draft pick Jonah Jackson and steady right tackle Branden Bowen. But Ohio State has been preparing to meet that moment for years, starting on the recruiting trail and continuing through offseason conditioning and into the game experience the program has given even the first-time starters.

How will the unit come together for the Buckeyes? As Offensive Line Week comes to an end at Lettermen Row, let’s rewind back through all of the recent BuckIQ breakdowns from former Ohio State standouts to get a better sense of the potential up front.

How was Josh Myers able to make such a seamless transition into the lineup for the Buckeyes? Where can the center get more productive for Ohio State? Is he ready to add to the Rimington Trophy legacy for the program? Former Ohio State center and Rimington winner Billy Price joined Lettermen Row to break down a little film and answer those questions.

Harry Miller has every tool needed to thrive for Buckeyes

What makes Ohio State so excited about the future for Harry Miller on the offensive line? How impressed were veteran Buckeyes in the meeting room and on the practice field with Miller last year? Where can the interior blocker improve as a sophomore? Former Ohio State guard Jonah Jackson was back in the virtual film lab with Lettermen Row to break down the film and answer those questions.

What made the interior of the Ohio State offensive line so effective? How early will Jonah Jackson be selected in the NFL Draft after his breakout season at guard? Where is the ceiling for Josh Myers and Wyatt Davis as they return to the Buckeyes? Jackson joined Lettermen Row in the virtual film lab for the first time to answer some of those questions and break down one of the most impressive drives of the season.

Nicholas Petit-Frere has been building for this moment

What can Nicholas Petit-Frere potentially bring to the Buckeyes as a starter? How much as the offensive lineman developed over the last two seasons with Ohio State? What’s it like to compete against him in training camp with the program? Former Ohio State starting right tackle Branden Bowen was in the Lettermen Row film lab to answer those questions and break down some tape.

What made Paris Johnson the top-ranked tackle in the country? How much can Ohio State reasonably expect from the freshman in his first year with the program? Where will Johnson have to get better to help the Buckeyes as early as possible? Former Ohio State and NFL offensive tackle Reid Fragel broke down the high-school highlight reel to answer those questions for Lettermen Row.

Did Ohio State have actual problems with pass protection last season? Where can the Buckeyes improve up front even after helping fuel the most prolific scoring attack in the Big Ten? What caused the program to finish No. 12 in the league in sacks allowed a year ago? Former Ohio State and NFL offensive tackle Reid Fragel was back in the film lab looking at some clips to answer those questions and more.

What makes Luke Wypler such an intriguing prospect at Ohio State? How will the transition work for him as he plays guard and center for the Buckeyes? When does a young blocker truly feel comfortable in the middle? Former Ohio State center and Rimington Trophy winner Billy Price evaluated some high school clips for Lettermen Row and tried to answer those questions.