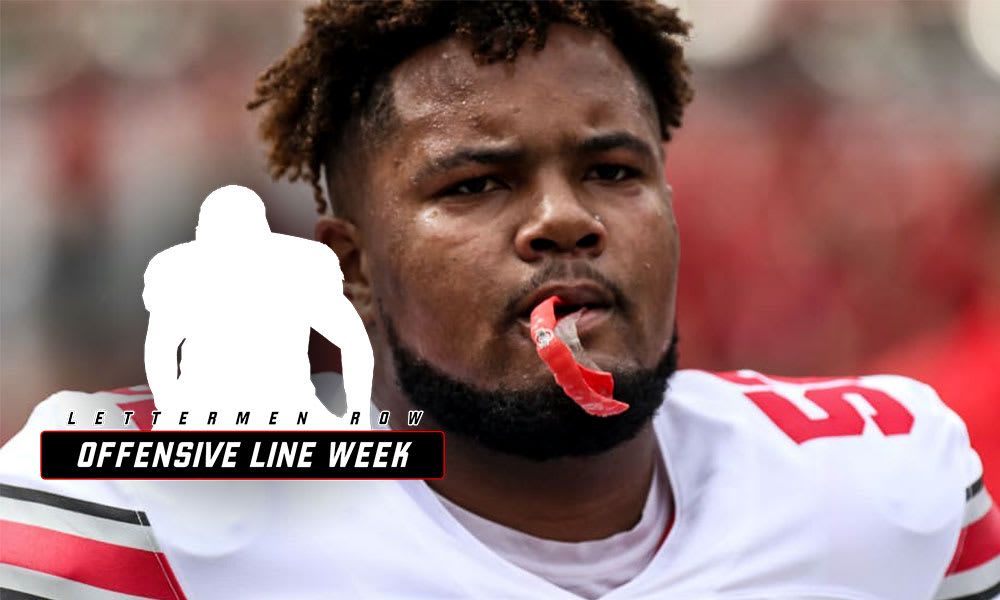 Ohio State right guard Wyatt Davis is a star on the rise for the Buckeyes. (Birm/Lettermen Row)

The speculation, debate and conversations about Ohio State never end, and Lettermen Row is always ready to dive into the discussions. All week long, senior writer Austin Ward will field topics about the Buckeyes submitted by readers and break down anything that’s on the minds of the Best Damn Fans in the Land. Have a question that needs to be tackled, like the one today about the potential for the Buckeyes up front as part of Offensive Line Week? Send it in right here — and check back daily for the answers.

1) Who are the projected starters 2) How good is each one?

The obvious preference for Ohio State would be having both experience and elite talent returning on the offensive line. But if the Buckeyes can only get a healthy dose of one, it’s safe to assume they would rather take their chances with the high-end ability and let those guys learn on the fly.

Of course, there really isn’t any other choice at this point for Ohio State as it tries to replace four full-time starters this offseason — although, it did get a veteran boost by landing graduate transfer Jonah Jackson from Rutgers. But the program doesn’t have to look back all that far to see how quickly a talented group of youngsters can overcome growing pains, tap into its potential and become one of the nation’s best units. Now, it might be a lot to ask for the Buckeyes to duplicate what the 2014 team did up front, but this version might have the same sort of ceiling.

And if Ohio State is going to get back to the College Football Playoff, the new guys in the lineup are certainly going to have to live up to that standard. 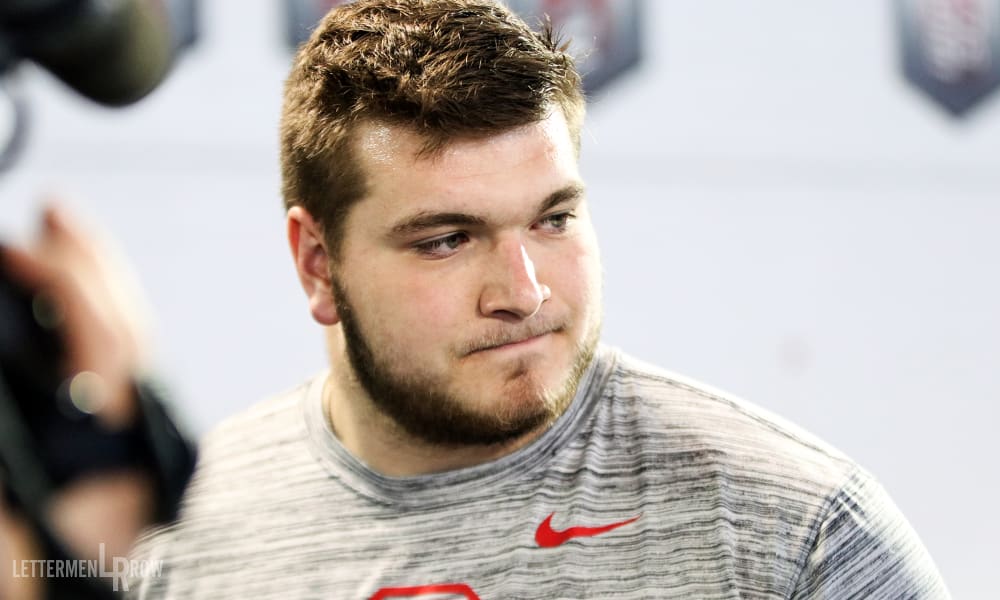 Ohio State center Josh Myers will be key to the title chances for the Buckeyes. (Birm/Lettermen Row)

Assuming last year’s inconsistency was a blip on the radar for position coach Greg Studrawa, the Buckeyes have more than enough size, strength and technical ability to get into championship contention. The exact lineup remains unclear heading into training camp. Rather than a potential weakness, though, that’s actually a sign of the improved depth and flexibility the Buckeyes will have this season.

A healthy Thayer Munford can be chiseled into the left tackle spot, Josh Myers has made the center position his own and Wyatt Davis is ready to build on his late push a year ago at right guard. From there, Ohio State is probably going to turn former five-star recruit Nicholas Petit-Frere loose at right tackle and then evaluate a position battle between veteran Branden Bowen and the newcomer Jackson. Every single one of those players has All-Big Ten potential, and Munford will lead the way as a potential candidate to head off early to the NFL after this season.

By no means does that mean the Buckeyes are a finished product or that they’ll just sweep up all of the league’s postseason awards. Munford might have some rust after missing the Rose Bowl and all of spring camp. Myers has never started a game in the pressure-packed anchor position. Jackson has never practiced with the Buckeyes, Bowen missed all of last season due to injury complications and Petit-Frere is completely untested.

Those are all valid concerns for the Buckeyes. But Studrawa surely isn’t losing sleep knowing he has a possible first-round pick at left tackle in Munford, two guys battling at left guard who know what it takes to start in the Big Ten, a center who had already become the heir apparent by the end of last year and a right side that will feature two of the nation’s most coveted recruits.

There is work to be done. But the potential for the Ohio State offensive line this season is almost off the charts.

BuckIQ: Healthy Thayer Munford is game-changer for Ohio State up front
Watch this video on YouTube.