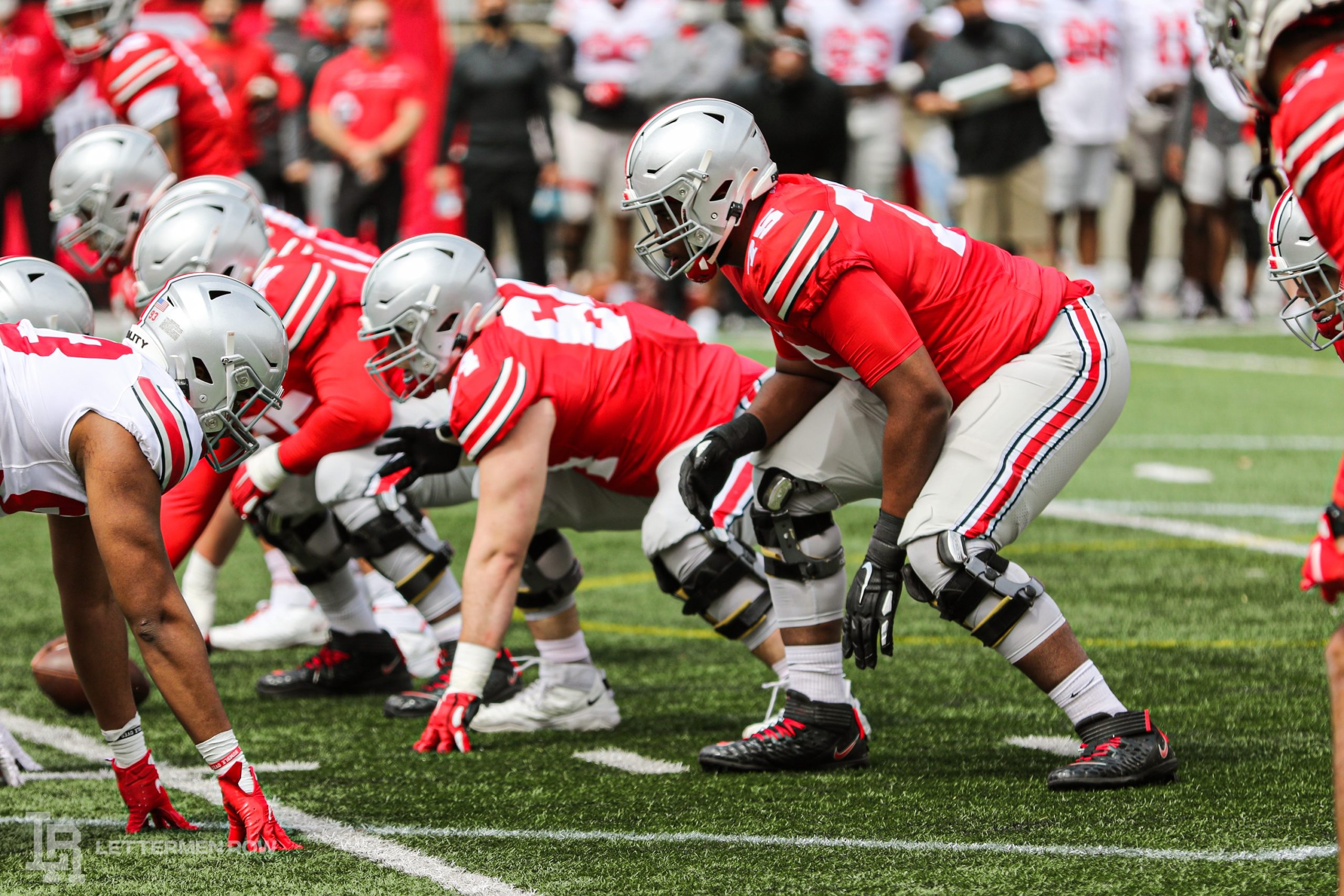 The summer offseason is in full swing, and Lettermen Row is trying to survive it with our annual Position Week breakdowns. By the time all nine units at Ohio State have been covered, training camp and media days will nearly have arrived — and the return of football in the Horseshoe will be just around the corner. Let’s roll right along by turning the attention to the offensive line for the Buckeyes.

COLUMBUS — Greg Studrawa has earned a little bit of a breather at Ohio State.

There were plenty of times during his career with the Buckeyes where there was no time to relax, either with one injury wiping out the perilous depth of the unit or with a few recruiting battles that weren’t going the program’s way to stock up for the future. Certainly there was a stretch where even his own future looked like it could go either way in the Woody Hayes Athletic Center, and looking back he’s quick to admit there were sleepless nights.

Those days are long gone now. And while Studrawa’s mind might still race about the possibilities and permutations for his starting offensive line, now it’s because he’s got perhaps the nation’s deepest, most versatile depth chart up front and an enhanced reputation for developing prospects into NFL Draft picks.

“I think we have really good depth,” Buckeyes coach Ryan Day said this spring. “We have a good group in that room. I think Stud has done a really good job recruiting. We have different shapes and sizes, have some versatility in there. We have over 20 guys in that room with walk-ons and scholarship guys.

Studrawa remains firmly in charge of it, and the future is perhaps the brightest it’s been in the trenches at Ohio State in a decade.

So, how will the Buckeyes fit all those pieces together as they aim to build the best unit in the country? Lettermen Row is kicking off Offensive Line Week as always with Five Questions. 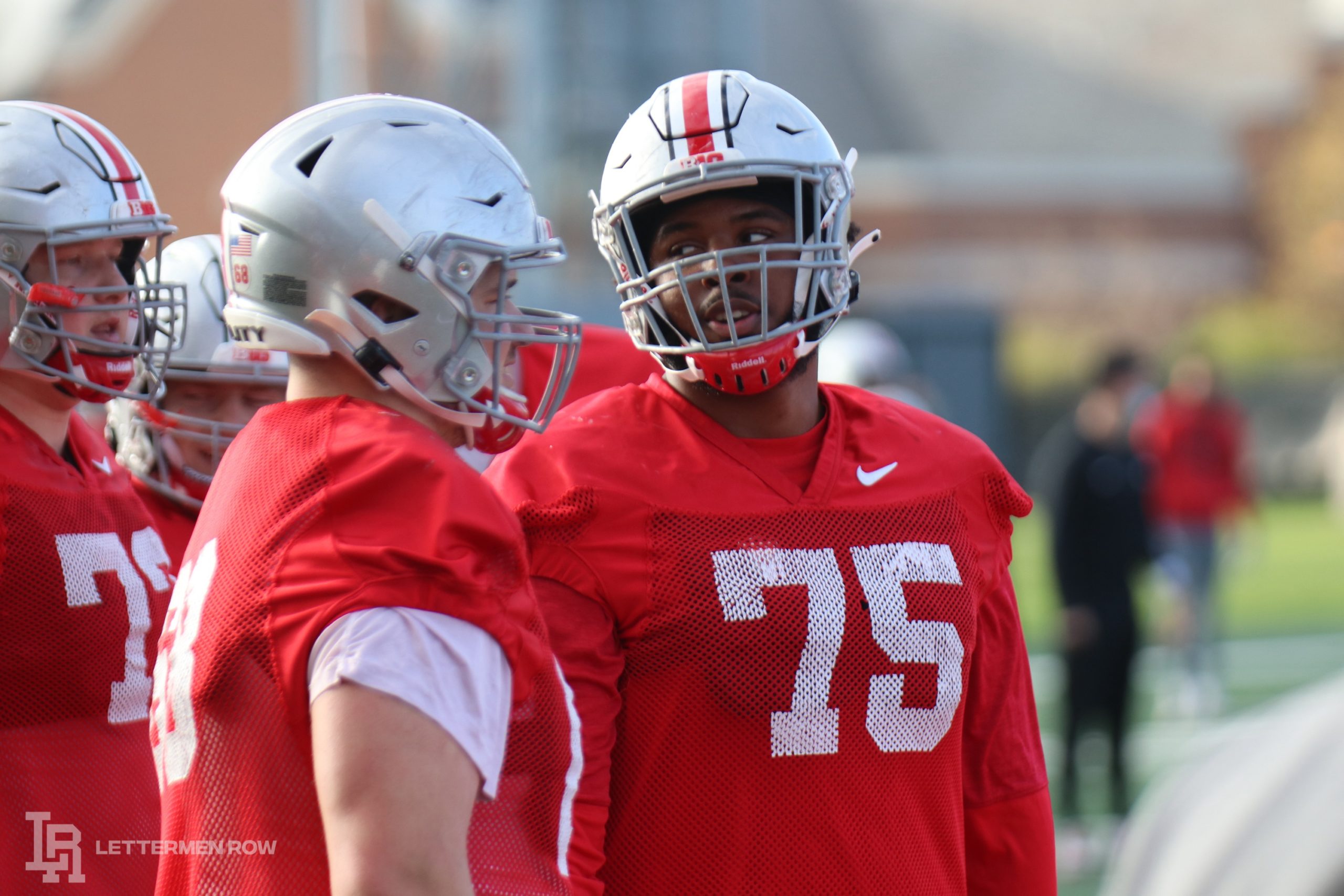 How high is ceiling for Thayer Munford?

Thayer Munford is eventually going to have to leave Ohio State and fulfill those projections about his first-round potential that have been made seemingly every offseason for the last few years. The combination of injuries and his desire to graduate have kept him around much longer than anticipated, but that could pay off in a huge way for both the imposing left tackle and the Buckeyes. Individually, Munford will head into the season with confidence now that he’s fully healthy and momentum when it comes to awards races and attention from professional scouts. Collectively, Ohio State can lean on a blocker heading into a fourth year in the starting lineup and has a short-list candidate to claim the Block O jersey as the program’s top leader. Munford has been a key cog for the Buckeyes for years now, but now he appears to be on the cusp of true stardom.

Where does Harry Miller fit best for Ohio State?

There is probably no real indecision for the Buckeyes considering the move of Harry Miller to center has been in the works essentially since his five-star recruitment came to a close. After getting a stop-and-start season with the first unit at guard during the challenging COVID year, Miller gained some key experience and stacked up a few Champion grades that reinforced to Ohio State that he’s a top-five option moving forward. Even without getting to participate fully in spring due to a nagging upper-body injury, Miller is still the heavy favorite to take over the apex position for the Buckeyes. Yes, there were snapping issues in a spot start at Michigan State last season, though that came with about 12 hours of notice and is viewed as an aberration — particularly given all the time Miller has to prepare for the role before September. The only question is if a charge from Luke Wypler might force Ohio State to consider leaving Miller at guard, but that seems pretty unlikely right now. 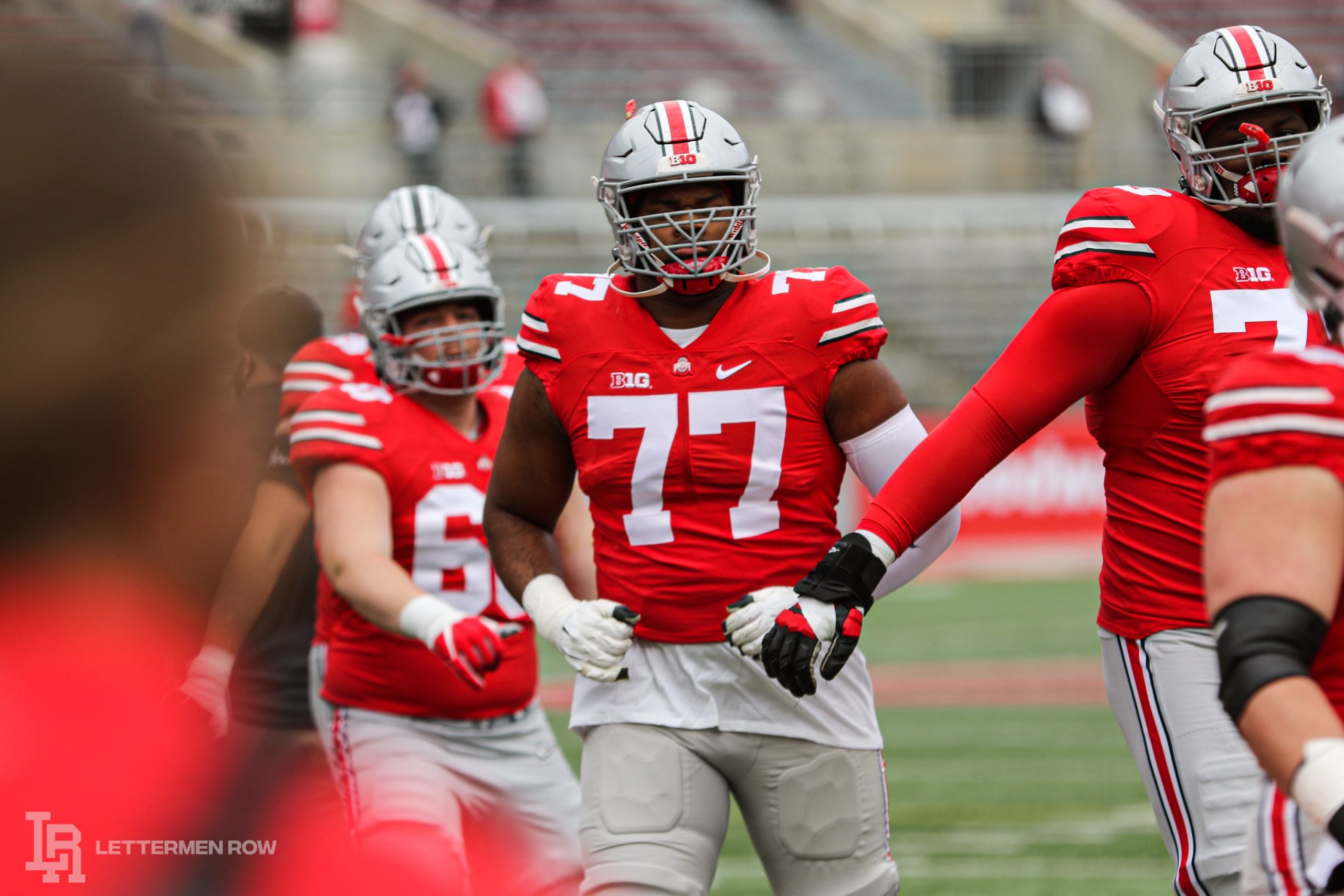 Is guard best fit for Paris Johnson with Buckeyes?

There is virtually no debate that Paris Johnson has generational talent and is a future first-round pick at tackle. And while there were certainly some conversations about how best to unleash him this season, there really wasn’t much uncertainty from the Buckeyes in spring camp about plugging the sophomore in at guard for now. The return of Thayer Munford and the rise of another former top-ranked recruit in Nicholas Petit-Frere at right tackle gives Ohio State arguably the country’s best tandem as is, and both bring more experience into the season than Johnson at the moment. Could the plans change based on training camp? Sure. But Johnson has openly embraced the possibility to get some seasoning at guard — and clearly he would be ready to kick outside if Ohio State needed to adjust due to unforeseen circumstances.

Who will claim final starting job for Buckeyes?

The Buckeyes have entrenched starters at tackle, a budding superstar at guard and plenty of confidence in Harry Miller either at center or guard. Assuming Miller does transition down to the middle, that leaves one final spot for Greg Studrawa to evaluate during training camp — and no shortage of options to fill it. Matthew Jones filled in with a couple spot starts and handled himself well last season. Josh Fryar delivered one of the most impressive spring camps on the offensive line and put himself squarely in the mix. And while Wypler would appear more likely to snap than play elsewhere, he could also get on the guard-to-center assembly line this season and jump into the lineup. The Buckeyes also have another elite prospect on campus now that Donovan Jackson has arrived, but considering the growth process both physically and mentally on the offensive line, it seems a safer bet that the eventual solution will come from that other trio of candidates.

Can Nicholas Petit-Frere give Ohio State another All-American?

Perhaps lost in the attention on Thayer Munford and the projections with Paris Johnson is this simple fact: Nicholas Petit-Frere is living up to his own hype as a damn-fine tackle. In fact, just about anywhere else in the country Petit-Frere would already be hailed as one of the nation’s top NFL Draft prospects and a possible preseason All-American based on his recruiting reputation and the way he has produced as a full-time starter. It’s been well documented that it took some time for Petit-Frere to gain the kind of weight needed to anchor the edge, but he’s clearly caught up physically to go with a mental approach that was always championship-caliber. It’s probably a long shot, but Petit-Frere gives Ohio State two legitimate options to claim All-America honors.