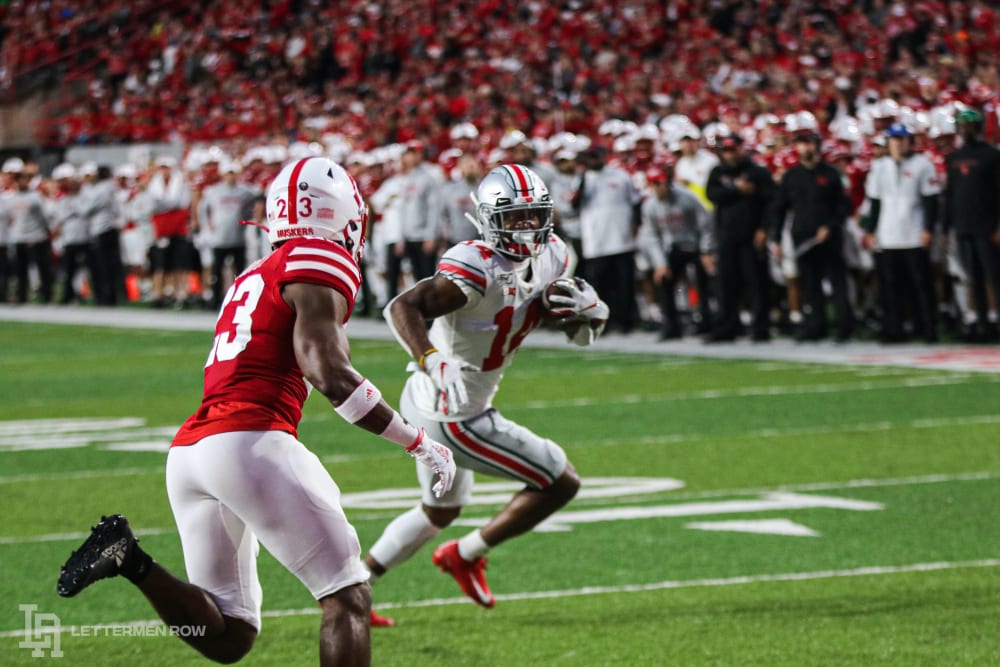 Ohio State wide receiver K.J. Hill and the Buckeyes have been piling up touchdowns. (Birm/Lettermen Row)

The speculation, debate and conversations about Ohio State never end, and Lettermen Row is always ready to dive into the discussions. All week long, senior writer Austin Ward will field topics about the Buckeyes submitted by readers and break down anything that’s on the minds of the Best Damn Fans in the Land. Have a question that needs to be tackled, like the one today about the Ohio State and the tests coming for the offense? Send it in right here — and check back daily for the answers.

@AWardSports -True or False: Ohio State’s next three games will be toughest offensively. i.e MSU, NU, and Wiscy will be the toughest defenses Ohio State faces.

The Ohio State defense had its chance to prove it was back among the elite. Now it’s time for the Buckeyes to answer the bell on offense and firmly establish itself once again as one of the best in the nation.

When it comes to a three-game stretch of units that would at least potentially have the ability to slow down Ryan Day’s high-octane attack, it’s true that this will be the toughest trio of the regular season for the Buckeyes. Starting this week with a Michigan State defense that is again among the best in the Big Ten and following that up with a well-coached Northwestern outfit and then what is shaping up to be an epic clash against Wisconsin, the next few games will certainly reveal the identity for Ohio State on offense.

There have already been glimpses, of course, since Cincinnati isn’t a lightweight on defense and going on the road twice in conference play counts as a barometer for success. But looking ahead to the November slate during the run at another Big Ten championship, October would appear to have a higher degree of difficulty for Justin Fields and Co. — although across the board, Penn State and Michigan are obviously on the short list of programs in the conference who can come close to matching Ohio State’s personnel. 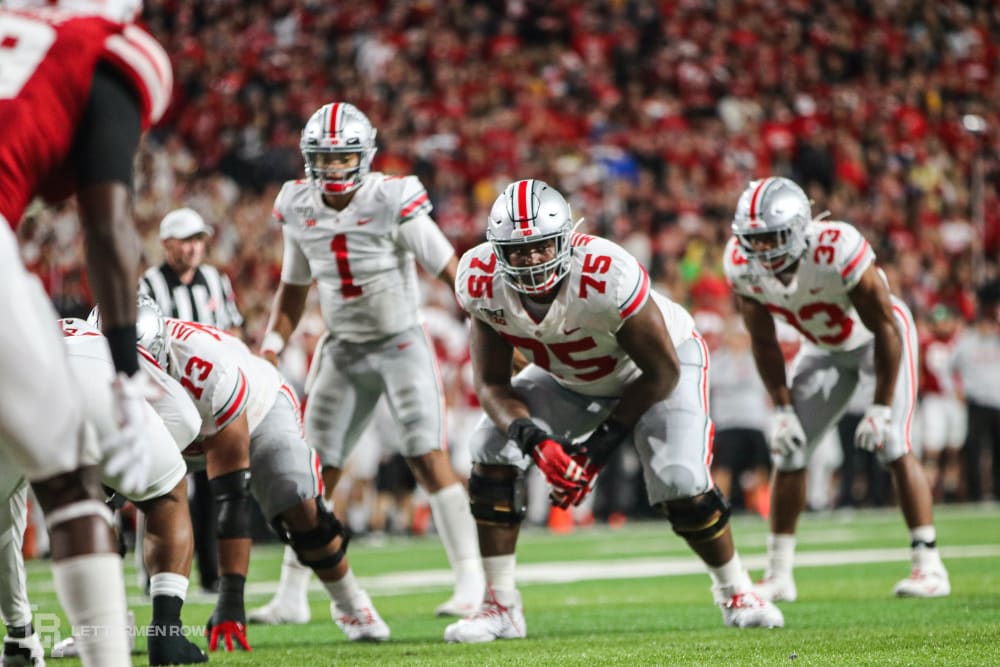 Ohio State left tackle Thayer Munford has been a key cog in the success of the Buckeyes offense. (Birm/Lettermen Row)

“These are [Michigan State] guys who have played in this system for a while and there are coaches who have coached in this system for a while, so it’s a tremendous challenge,” Day said on Tuesday during his weekly press conference. “We’ll do the best we can to teach [Fields] the style of defense and system of defense and give him a good clean game plan where he can play, and then he has to learn as time goes along the adjustments they’re making and anticipate what the defense is going to do the best you can.

“But you don’t have a whole bunch of time on that. You have a week. You have three practices really, and that’s the challenge of being a quarterback is being able to take a whole new style of defense and put a game plan on the field in one week. That’s going to be the challenge this week.”

Fields has been up for every one he’s seen so far this season, but Michigan State will dial up the degree of difficulty for a sophomore who has transitioned seamlessly into the lineup and hasn’t thrown an interception yet this season.

But he’s not doing it alone, and it’s probably more accurate to assess these next three games as the biggest tests that Michigan State, Northwestern or Wisconsin will face defensively. The Ohio State offensive line has been dominant, particularly in the run-blocking area. J.K. Dobbins has reasserted himself as one of the best tailbacks in the nation, and Master Teague has emerged as a perfect complement in the backfield. And once again, the targets in the passing game are proving to be difference-making weapons.

Ohio State hasn’t shown any kind of weakness on offense, which is impressive over five weeks of football no matter who the opponents have been so far. Maybe one of the next three defenses can find a way to poke some holes in the Buckeyes — but if not, the next teams with a chance to do so might not appear until the postseason.