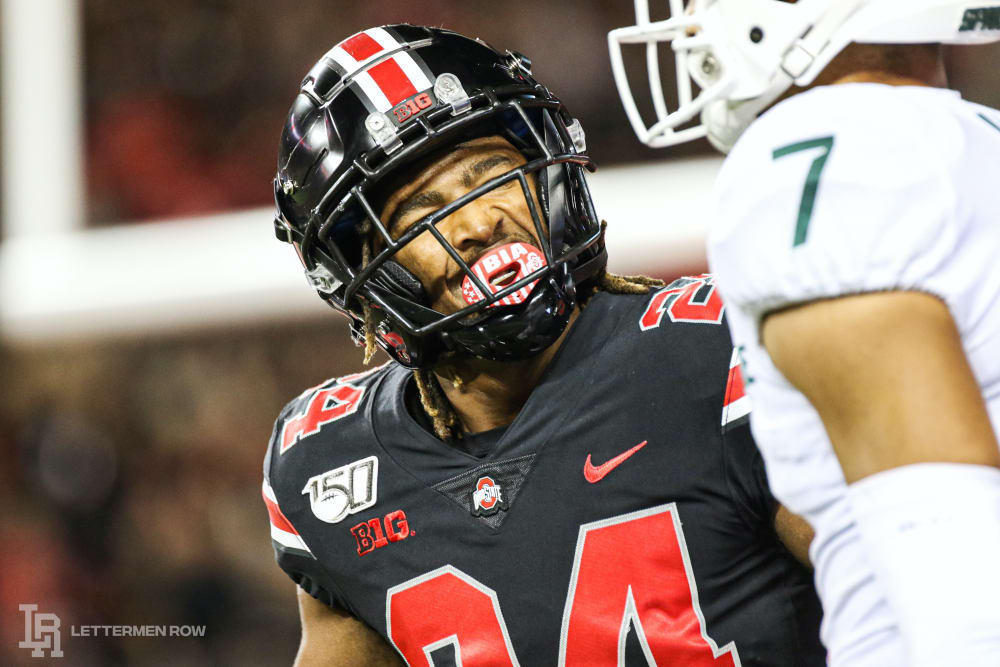 Ohio State and defensive back Shaun Wade have been impressive during the first half of the season. (Birm/Lettermen Row)

COLUMBUS — The vibe couldn’t be more different for the latest Ohio State meeting with Northwestern.

Honestly, it’s hard to believe that not even a full calendar year has passed since the two programs were dueling with a Big Ten championship on the line given the stakes heading into Friday night in Evanston.

The Buckeyes are still among the most dominant programs in the country, although the rematch will featured a new head coach now that Ryan Day is in charge. But the Wildcats have sunk to the bottom of the league, having won just once so far this season, struggling mightily to score any point and needing to pull off a massive in-season turnaround just to get back to bowl eligibility.

And yet, the memory of that meeting in Indianapolis lingers in the mind for Ohio State, which might actually work in its favor for a matchup that it might otherwise overlook with Wisconsin looming next week with Game-of-the-Year hype already building.

“Same [Northwestern] guys — especially on defense, which I watch a lot more of the defensive guys,” Day said. “They’re there. It’s the same defense, and they’re playing just as hard. They’re just as good. Statistically they’re — I’m pretty sure they’re close to how they ended last year.

“Not much has changed there.”

The results certainly have, and that’s why Ohio State will roll into town as a massive betting favorite to extend its winning streak to start the season. With the Lettermen Row crew all unanimously picking the Buckeyes, once again the whole staff went deeper than the score to provide Five Bold Predictions for how the trip to Northwestern will play out this week. 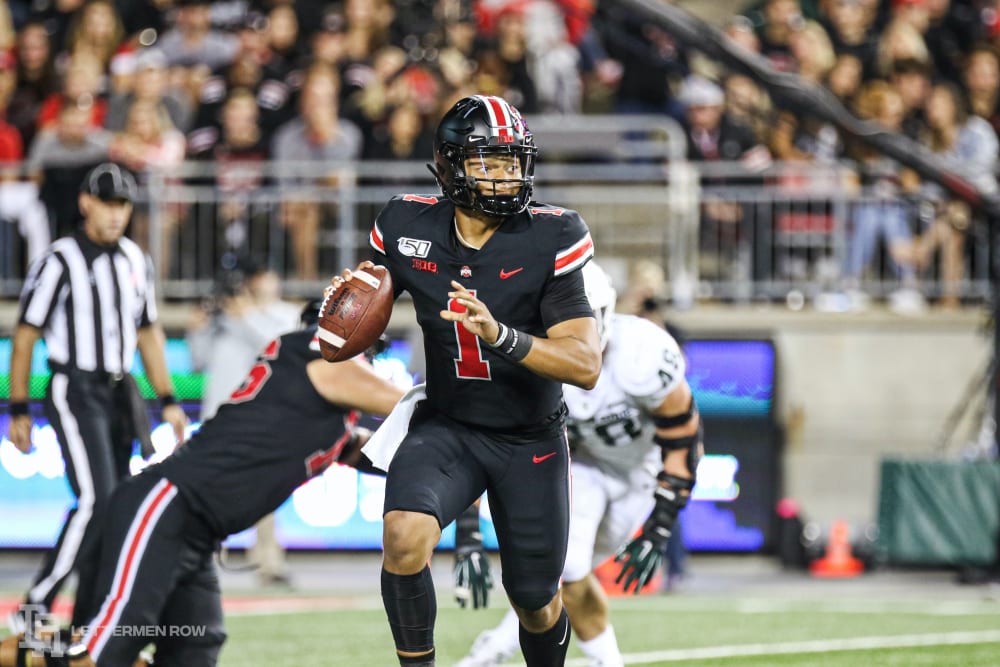 Even with his sharp accuracy, beautiful deep throws and improving command of the playbook having all been on display so far, Justin Fields is still looking for his first 300-yard passing performance of his young Ohio State career. Obviously there hasn’t been anything for the Buckeyes to complain about with his 26 total touchdowns, especially since the rushing attack has been so dominant so far this season. But Northwestern figures to load the box to slow down the ground game, and that should leave plenty of opportunities for Fields to unleash a receiving corps that has been waiting to explode. The Heisman Trophy campaign might pick up steam on Friday night.

It’s been a long time since this happened, and the drought of touchdowns on a kickoff return is now nearing a full decade for the Buckeyes. Jordan Hall was the last to do it for the program way back in 2010, but it’s high time for a big-time return play for Ohio State. It’s coming Friday night against Northwestern. Demario McCall didn’t play against Michigan State, but he’ll make a splash play in the dark of night against the Wildcats and house one of the very few kickoffs sent the Buckeyes way.

Uh … uh … uh … Jameson Williams. The stammer was because it’s growing more and more difficult to forecast someone who might pop offensively for Ohio State this season, since so many players across every position have done so already through the first six games. But in looking for someone to have an attention-grabbing play or set of plays on Friday night at Northwestern, Williams came to mind. The speedy freshman has been gaining ground on receivers coach Brian Hartline’s play list — and Justin Fields has taken note, too. It would be no surprise to see Williams cut loose against a Wildcat defense poised to stop the Ohio State power-run game and haul in a back-breaking deep pass. A shot of Jameson could put this game on the rocks. 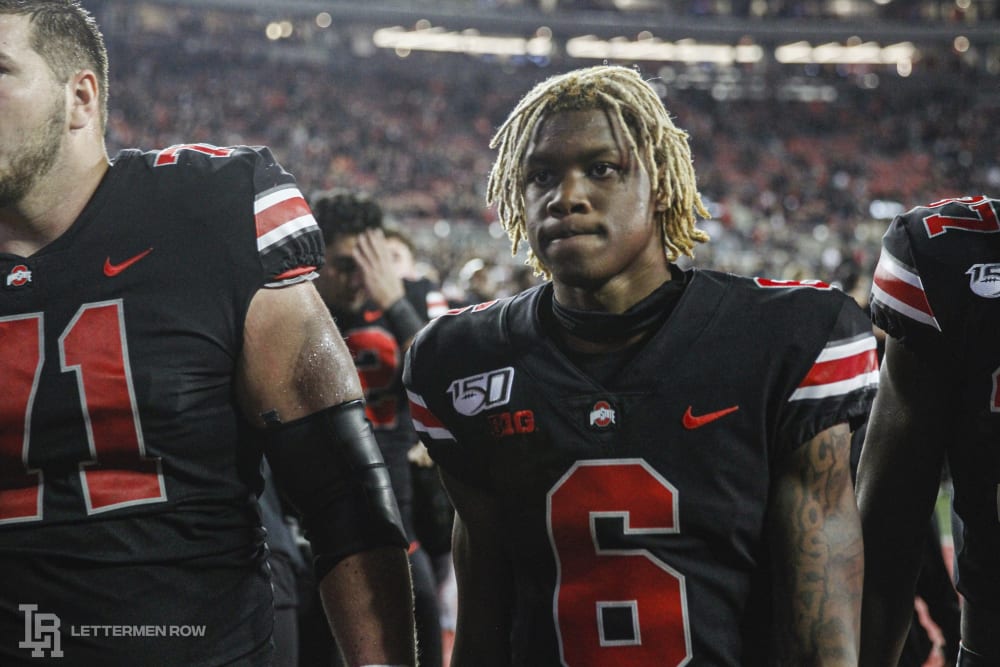 To Northwestern’s credit, the Wildcats are only giving up 3.9 yards per rush this season. But Ohio State has mastered the idea of a power running game within a spread offense. And this is a defense that allowed UNLV of all teams to run for 5.8 yards per carry in Week Two. The Wildcats have a dreadful offense, which won’t stay on the field for long periods against the Ohio State defense. The Buckeyes will lean on J.K. Dobbins, Master Teague and eventually Marcus Crowley as well when they have a big lead. So, the running opportunities will be there most of the night against a drained Wildcats front. Wisconsin, the supposed best rushing team in the Big Ten, averaged 4 yards per carry on the Wildcats when they knew it was coming. Imagine what a power spread team with more weapons can accomplish.

To put it mildly, Northwestern’s offense is not very good. They have two quarterbacks splitting time, and both guys throw a lot of picks — with eight total interceptions already through five games. Chase Young and the Ohio State defensive line will have anybody taking snaps for the Wildcats running for their life. Combine that with the play of the Ohio State secondary with guys like Jeff Okudah, Shaun Wade and Jordan Fuller and it sounds like a recipe for a few pick-sixes. I also wouldn’t rule out a fumble that could be returned for a touchdown. No trap game here, Ohio State rolls and turns their focus to Wisconsin by halftime.