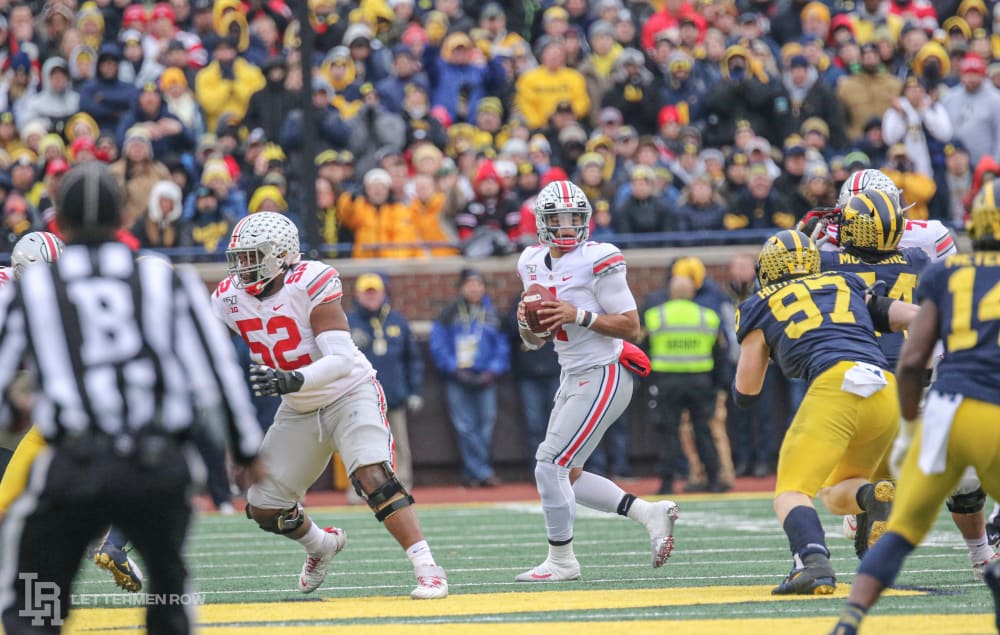 The speculation, debate and conversations about Ohio State never end, and Lettermen Row is always ready to dive into the discussions. All week long, senior writer Austin Ward will field topics about the Buckeyes submitted by readers and break down anything that’s on the minds of the Best Damn Fans in the Land. Have a question that needs to be tackled, like the one today about Ohio State and NFL Draft decisions? Send it in right here — and check back daily for the answers.

If season doesn’t happen who is most likely leaving for draft and how will it impact the makeup of the team?

The train is clearly building steam, and it seems a near certainty at this point that college football is going to make sure it leaves the station this season.

Maybe it won’t happen on time, maybe there will be a couple detours or maybe it will go off with the schedule completely intact. But one way or another, it’s looking increasingly like the worst-case scenario of a washed-away season isn’t going to happen.

That’s obviously an important caveat for this hypothetical about draft decisions. It’s also worth a reminder that NFL stock isn’t the primary motivation for the Buckeyes right now, with team leaders who are also potential first-round draft picks like Josh Myers and Wyatt Davis offering reminders that they simply want to play the game they love, be with their teammates again and try to win a national championship before worrying about what comes next.

Yes, there are Buckeyes who have millions of dollars on the line, and that’s going to be in the back of their minds. But they also have other goals and priorities right now. From their perspective, it’s premature to be thinking about that future decision — which is also understandable because most draft-eligible Ohio State players need another season of experience to prepare for that level.

But for the sake of this hypothetical: Which Buckeyes would likely declare for the NFL Draft even without playing another snap for the program? That list would almost certainly be smaller than the one Ohio State would have next spring after the season is played, because the no-brainer selections early in the draft would probably be limited to Justin Fields, Wyatt Davis, Shaun Wade and Josh Myers. 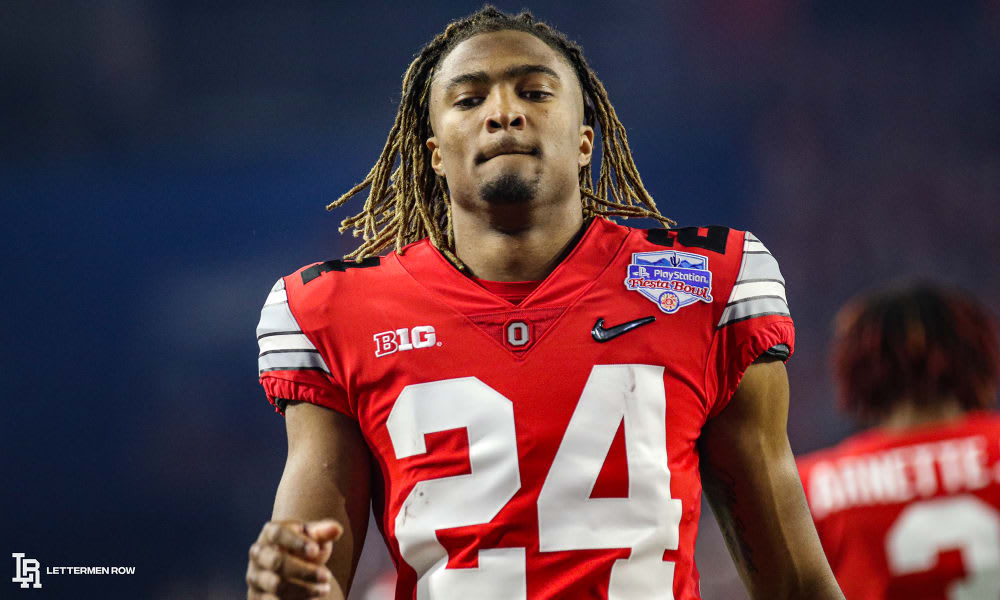 Ohio State cornerback Shaun Wade is likely heading to the NFL next spring no matter what. (Birm/Lettermen Row)

Maybe Fields would get feedback that he needs another year of reps leading an offense, although it seems unlikely to cause him to drop out of the first round if he doesn’t get that. Perhaps Myers would want to get his shot to be a captain, win a Rimington Trophy and chase another championship before leaving. It’s extremely difficult to know what factors would influence the decisions for any of those Buckeyes if they didn’t get to play this year. Aside from the obvious financial ramifications, that’s yet another reason why schools are doing everything possible to give those guys the opportunity.

“For me, yes, absolutely — I would do anything really to play this season,” Myers said. “I don’t know what I would do without football, to be honest with you. But with that would come sacrifices, and I personally am willing to make those sacrifices. That would be doing whatever I need to do to quarantine, to make sure that I’m not going to make anybody else sick if I were to get [the virus]. And in order to do it, I think it would have to be done in a very orderly way just to make sure that other people aren’t getting sick because of what we’re doing.

“But I would do it, yes, absolutely. I would sign any waiver or anything to say that I’m willing to play. I would quarantine myself or do whatever it takes.”

Myers isn’t doing that out of self-interest for his NFL career, just to be clear. And only in rare cases like a Chase Young or Nick Bosa is it ever a foregone conclusion in the summer before a draft-eligible season that a player will be moving on no matter what.

Wade might fit into that category right now after electing to return for one more year with Ohio State to boost his draft stock when he would have already been selected last month if he wanted to make the leap. But this current crop of Buckeyes would be dealing with an unprecedented situation if the season was cancelled. It also can’t be ruled out that the NFL would make its own tweaks to the draft if football couldn’t be played this year, making it far more challenging to fill it with seven rounds of players.

Ohio State always has a decent read on what the early departures from the program will look like anyway. That’s why, for example, the Buckeyes signed two quarterbacks in the last cycle since Fields was always unlikely to play three years in Columbus, and it’s why the roster is well-stocked with centers and guards poised to take over for Davis and Myers.

In terms of draft stock and decisions, the guys who could make significant leaps up boards with a strong season would be the most impacted. Has Chris Olave done enough to be a professional next year? Almost certainly, but he could solidify himself as perhaps the best receiver in the country with another set of games. The next products off the Ohio State secondary assembly line, guys like Sevyn Banks, Cameron Brown and Josh Proctor, have barely had chances to show what they could do. All of them are surely going to be future NFL Draft picks, but they need a season to show that to scouts and general managers first.

It’s a difficult equation to solve at this point. But the good news for the Buckeyes is that every day it looks like there are fewer reasons to worry about that scenario happening.