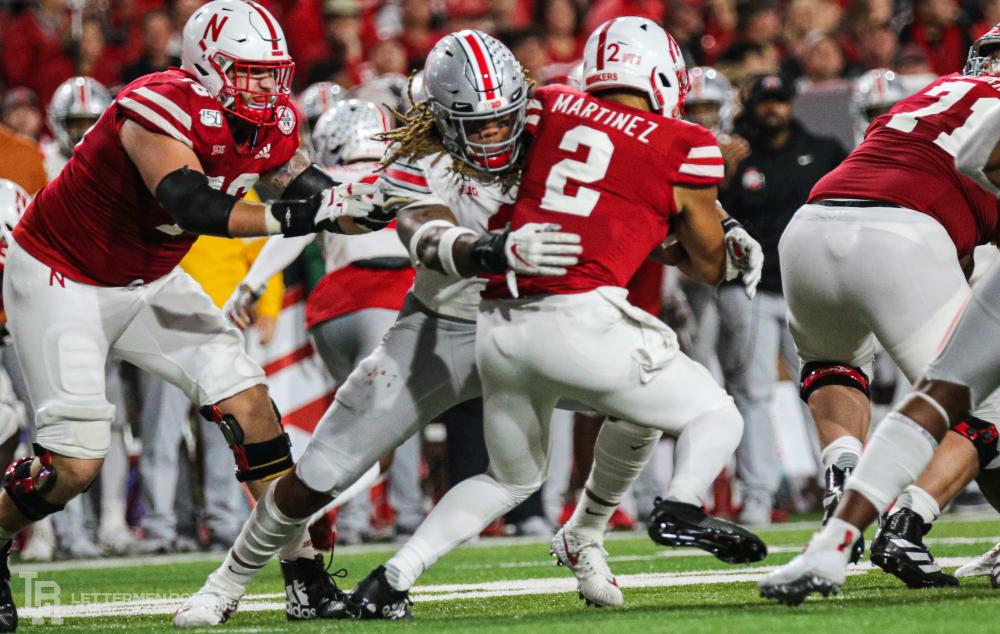 COLUMBUS — Maybe it’s a little too obvious to say Chase Young helped his cause for Ohio State.

But Young is so good that now he’s impacting every position on the field. He’s helping the Ohio State offense by forcing fumbles and setting quarterback Justin Fields up for success and short fields. He helps the defensive line by drawing double teams and attention, allowing other Rushmen to come free and make plays. He creates havoc on every play when he’s on the field.

And in Ohio State’s 48-7 win over Nebraska, Young was instrumental in forcing Nebraska turnovers in the first half.

“To me, good secondaries have good [defensive] lines,” Ohio State co-defensive coordinator Jeff Hafley said. “We were getting after the quarterback today with a four-man rush, plus [good] coverage and Chase and all those guys up front are outstanding.”

It’s possible that Nick Bosa could have had a similar impact on last season’s Ohio State defense. But when he went down with injury, the Buckeyes suffered. Young has assumed the role of dominant defensive end for the Buckeyes, and he’s only enhanced what the defense is able to do when he’s on the field.

“He’s a complete game-changer,” Hafley said. “You can’t block him one-on-one. You can’t try to. You better not try to, because if you do, you’re going to pay.

“He allows us to do more in coverage without getting too risky if we keep sending people.”

Young came into the season as a candidate for the first overall pick in April’s NFL Draft, and it seems like a team would be stupid not to select him. He continues to be the best player on the field each time he suits up for the Buckeyes. He helped the secondary, which elevated the Buckeyes early in the first half.

But he isn’t the only one who stood out. Here’s who Lettermen Row thinks helped their cause in the blowout Big Ten primetime matchup. 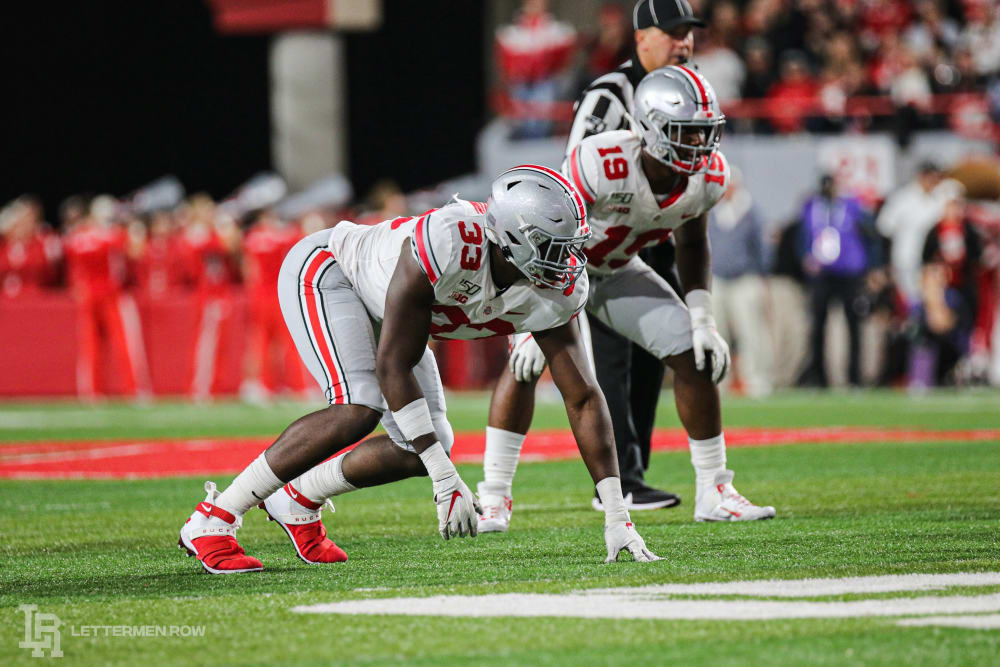 The lofty expectations for Zach Harrison, the 5-star hometown defensive end, seemed to be tempered after the first couple weeks of the season. But then Harrison had a sack against Indiana. He played meaningful minutes against Miami (Ohio). Then the Buckeyes went on the road and faced Nebraska in a hostile environment at night, and Harrison played in the second quarter, where he even recorded a tackle for loss midway through the second quarter. Harrison is rounding into form, and he’s beginning to see more action. By the end of the season, it seems as if Harrison might be a regular for the Rushmen.

Luke Farrell finally caught a pass from quarterback Justin Fields, his first catch of the season. The grab came on quite an eventful play, too. On a third-and-10 from near midfield, Fields scrambled and evaded multiple tacklers before firing a ball downfield to Farrell, who was in an opportune spot, caught the 16-yard pass and was brought down. The catch gave Ohio State a first down, and while the Buckeyes didn’t score as the first-half clock expired, it was an encouraging moment from the junior tight end. Oh, and he helped out quite a bit blocking in the run game. 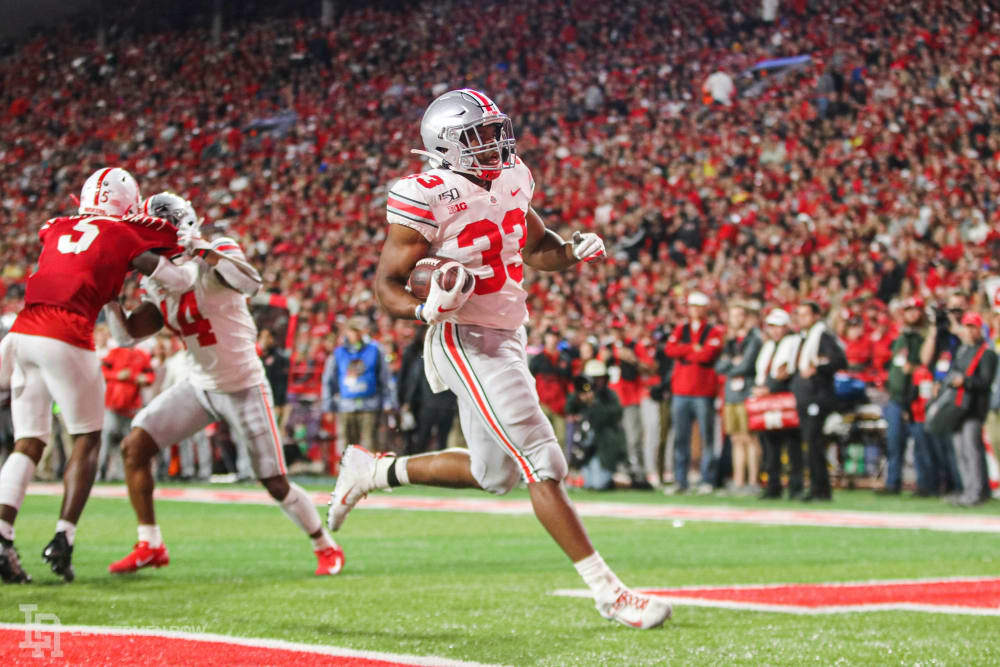 Master Teague is a perfect complement for J.K. Dobbins in the Ohio State backfield. (Birm/Lettermen Row)

J.K. Dobbins and Master Teague make a pretty dangerous combination. Teague’s run of impressive games just keeps rolling, and Nebraska was the latest victim of Dobbins tiring defenses out, then Teague punching them in the mouth. Teague had 77 yards and two touchdowns on 12 carries, and he also added a catch for 28 yards in the game, giving him more than 100 all-purpose yards for the game. The contrasting running styles between Dobbins and Teague is a nightmare for defenses, and the effectiveness of each is keeping them both fresh for whenever the offense needs them. Dobbins was enough to make the ground game dangerous for Ohio State. Teague’s consistency makes the Buckeyes even more scary.

Jashon Cornell is quietly having one of the most productive seasons among the Ohio State defensive linemen. Cornell seems to completely blow up the line of scrimmage at least once a game for the Buckeyes, and he was in the backfield multiple times against the Cornhuskers. He was credited with Zach Harrison on a split sack, which he likely will settle for to go with his tackle for loss and three total tackles. As long as Chase Young continues to dominate offensive lines and wreck game plans, Cornell will benefit as a clean-up defensive force.