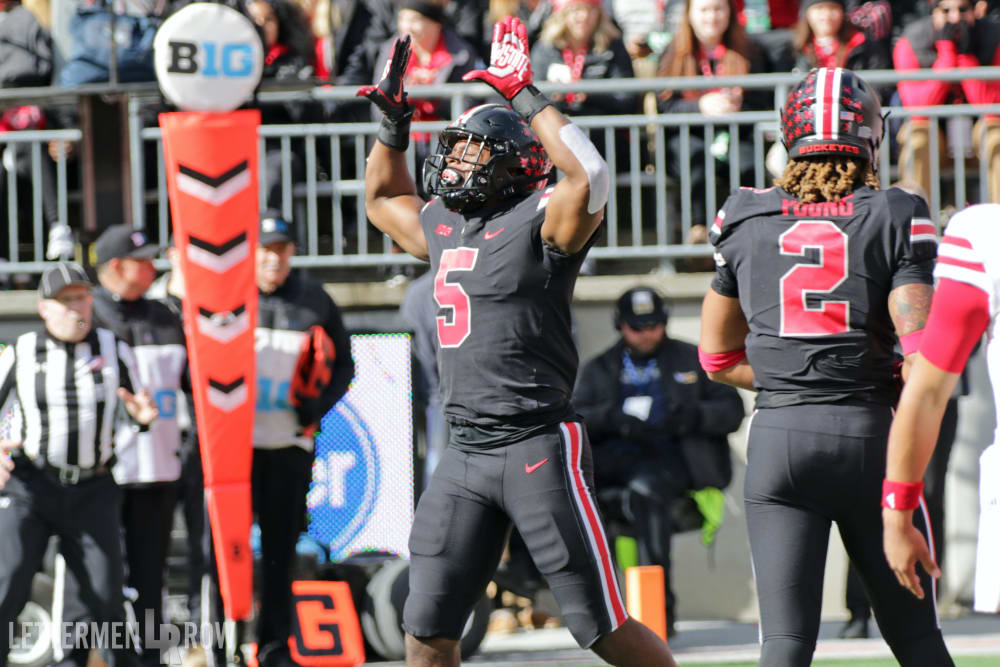 Ohio State rallied after a sluggish start to knock off Nebraska. (Birm/Lettermen Row)

COLUMBUS — So much for Ohio State being focused and refreshed.

Try flat and rusty instead for the Buckeyes.

Eventually the more talented team found its footing on Saturday at the Horseshoe and handled its business against Nebraska. But on the heels of a blowout loss and the off date, No. 10 Ohio State wanted to come out and send a message that it still belonged among the College Football Playoff contenders, and the 36-31 win over the Huskers probably won’t go down as much of a boost to the resumé.

The defense wound up getting key stops in the second half. Ohio State found some answers for a stagnant rushing attack and red-zone offense. And it showed some resolve to bounce back after such a disjointed start and a halftime deficit.

But the Buckeyes are still facing questions that they haven’t been able to answer yet this season. And Lettermen Row’s coverage of the latest victory starts with the Snap Judgments that dive into a handful of them.

Ohio State has more work to do defensively

The Buckeyes can point to injuries on defense as part of the problem. But the coaching staff has known for a while that it isn’t getting Nick Bosa back, and it has refused to make adjustments schematically to take advantage of the personnel on hand. Ohio State recruits better than just about any program in the country, so it’s hard to imagine how its linebackers can struggle so mightily or why the secondary hasn’t been given a chance to mix up more coverages. Certainly that got more complicated for the defensive backs with both starting safeties on the sideline after Isaiah Pryor’s injury and Jordan Fuller’s ejection. But at some point, the blame has to fall on the highly-compensated coaches. 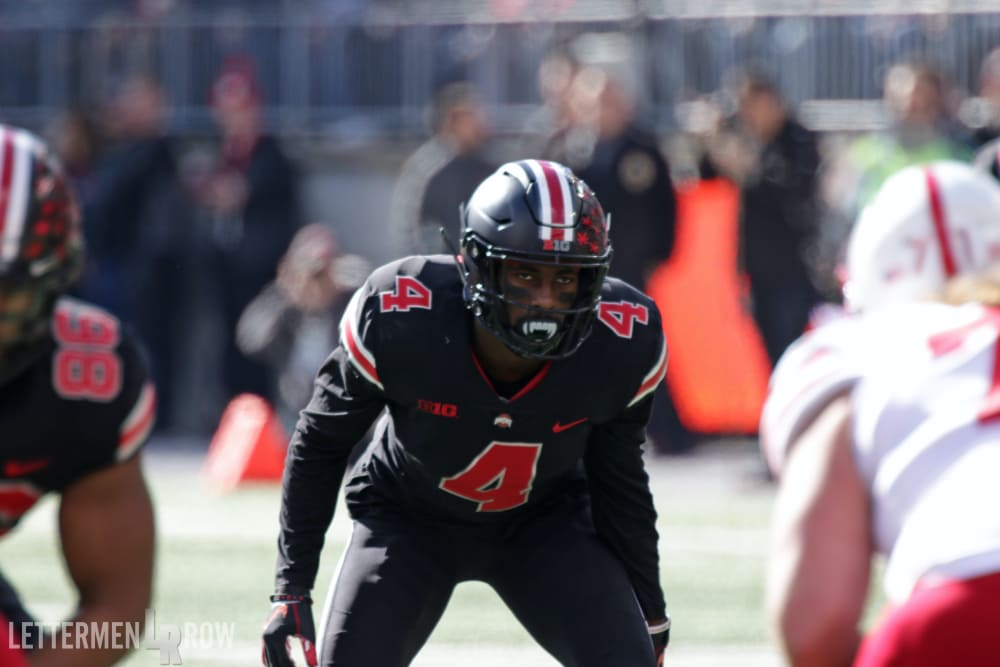 Ohio State safety Jordan Fuller was ejected and a big loss for the Buckeyes on Saturday. (Birm/Lettermen Row)

The penalty trend hasn’t been reversed even after two weeks of practices to regroup heading into November, and Ohio State added suspect ball security to its lack of attention to details against Nebraska. Big hits on the quarterback in the pocket happen, and it’s understandable that Dwayne Haskins probably couldn’t do much when he was rocked from behind and lost possession. But K.J. Hill and Mike Weber are expected to consistently keep their hands on the football, and considering how suspect the defense has been this season, it’s even more imperative for the high-powered offense to avoid costly turnovers.

He may have caught a break with one fumble that went out of bounds and another that came on a play where Nebraska was penalized. Of course, ball security has to be a top priority for Mike Weber — but setting that aside for the moment, he’s making a case as the leader in Ohio State’s talented backfield and appears to be a guy who needs to touch the football more often. Going into the game, Weber was already leading J.K. Dobbins in yards per carry by more than a yard, and his two electrifying rushes in the third quarter might have swung the momentum for the entire game. The offensive line has needed to play better, and that’s where the rushing woes have started. But it might also be possible that the rotation of running backs has been a bit of a hindrance to developing some rhythm as well. 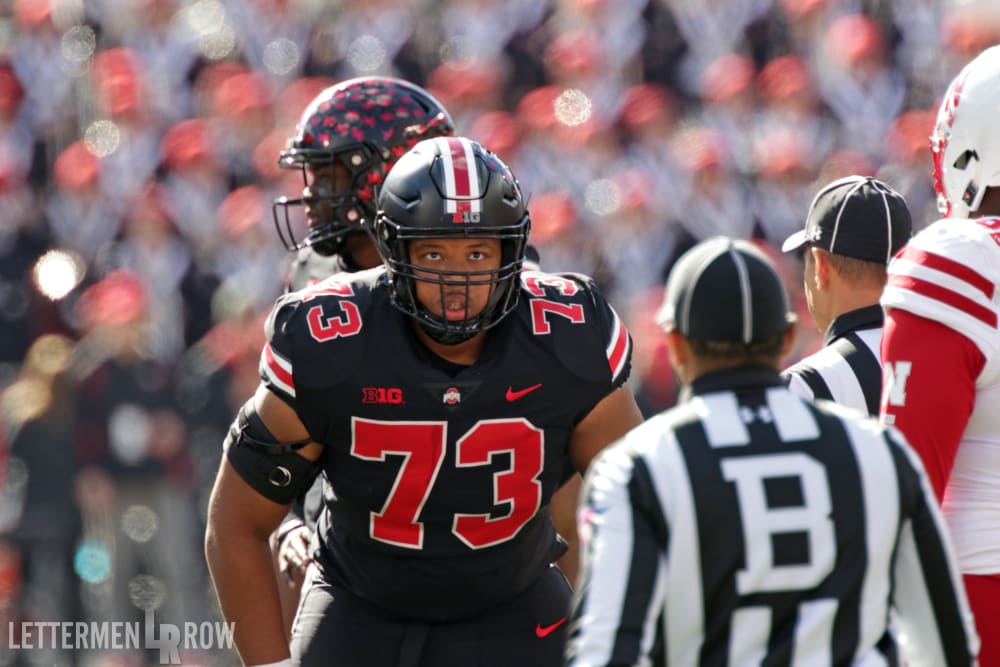 Michael Jordan was certainly a selfless teammate by moving to center from guard when Ohio State needed help there due to injury, and he’s done a lot of positive work anchoring the unit this season. But there is just some sharpness and urgency noticeably missing from his shotgun snaps, and it’s threatening to disrupt the execution of the entire offense when the ball floats back to Dwayne Haskins. From slowing down the rushing attack to getting Dwayne Haskins off balance as a passer, Ohio State needs better snaps to trigger the offense. What is the best option with Brady Taylor not fully healthy yet? The Buckeyes need to find out soon.

Big Ten wins are valuable by any margin

There weren’t many style points racked up on Saturday, and odds are the College Football Playoff selection committee didn’t sit and watch the win over Nebraska in amazement. But don’t get too caught up in that discussion about what a closer-than-expected victory means for the Buckeyes in the playoff race. If the committee has proven anything in the short time this format has been in place, it’s that it is primarily concerned with that crucial number in the loss column. Wins are hard to come by in college football, especially in the Big Ten conference. If Ohio State finds a way to get four more of them, it will almost certainly be in position to compete for a national title. Of course, that’s going to take a much better effort against a team like Michigan, but it’s worth keeping in mind that winning is ultimately what matters.