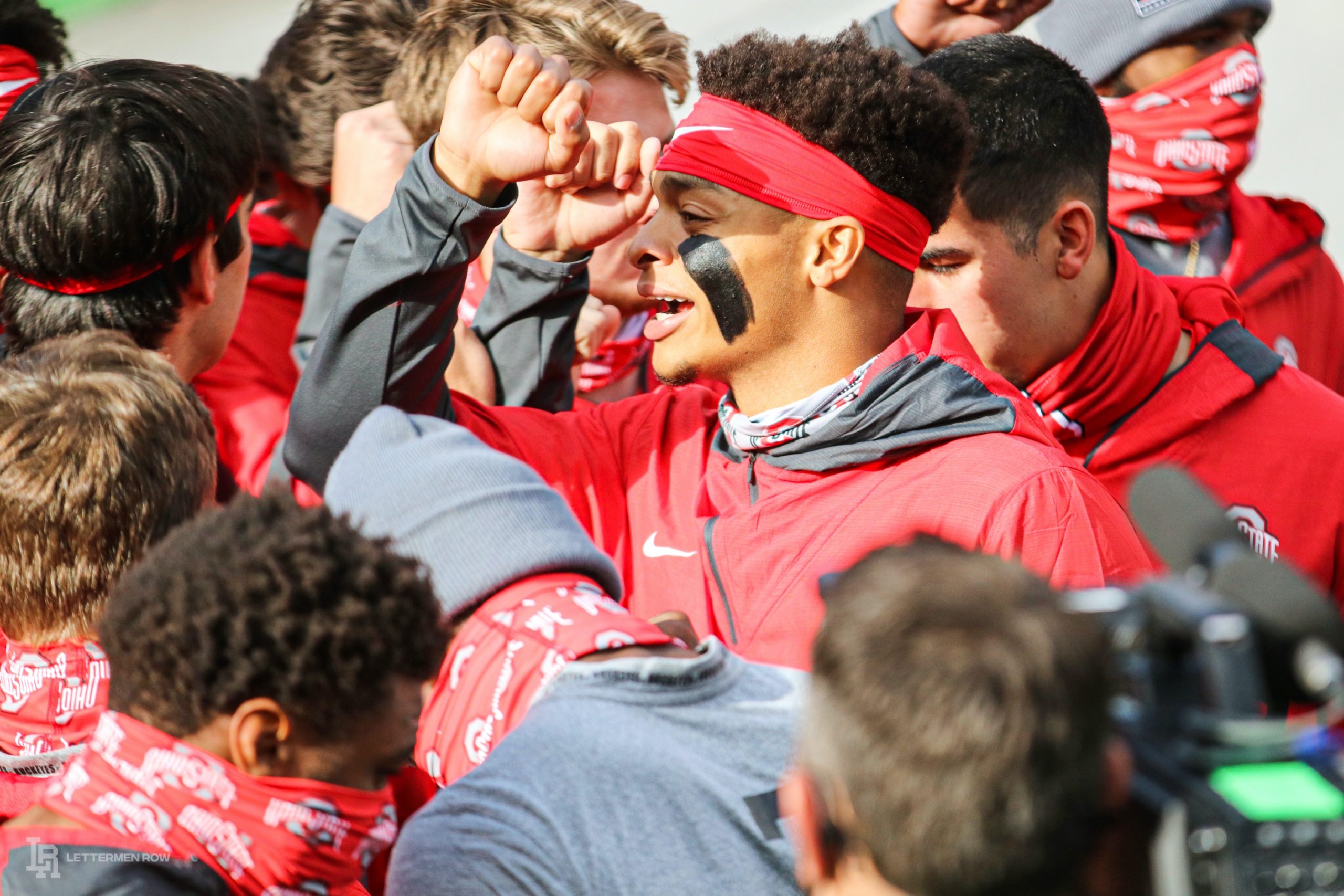 Justin Fields and Ohio State tried to provide their own energy on Saturday. (Birm/Lettermen Row)

Then, to avoid Werner, the stumbling Nebraska quarterback put the ball on the Ohio Stadium turf.

Sevyn Banks, making his first start as a Buckeyes cornerback, was Johnny-on-the-spot. The ball bounced right to him and he scooped it up, rumbling 55-yards for a nail-in-the-coffin-type of defensive touchdown.

“It was weird,” Ohio State defensive coordinator Kerry Coombs said following the 52-17 win over the Cornhuskers. “I am not going to tell you it wasn’t weird. It was quiet. It’s something that we’re all going to have to get used to.

“A guy scoops and scores a fumble and you know how that place would’ve been, right? It would’ve been absolutely bananas.”

Weird is the most appropriate way to describe the environment at Ohio Stadium on Saturday. But to be perfectly honest, it’s hard to say whether or not it really tells the story. In a historic matchup between two of college football’s most storied programs — though they’re in two very different stratospheres right now — all the fabricated, awkwardly-timed fan noise and occasional bursts of fireworks couldn’t gloss over the bizarre vibe of a purported Big Ten showdown with 1,344 people in the stands.

College football games aren’t meant to be played in the same environment as practices. As the Buckeyes arrived to the stadium on Saturday, they eschewed their long-held traditions of walking to the Skull Session and through thousands of screaming fans into their storied venue for a bus ride that dropped them off in silence at the locker room door. As Justin Fields, Tuf Borland and the rest of Ohio State’s team leaders brought their position groups onto the field for warmups, they did everything they could to energize themselves. But all the talk about the challenges of the last year can’t replace the juice that 105,000 passionate fans can provide. 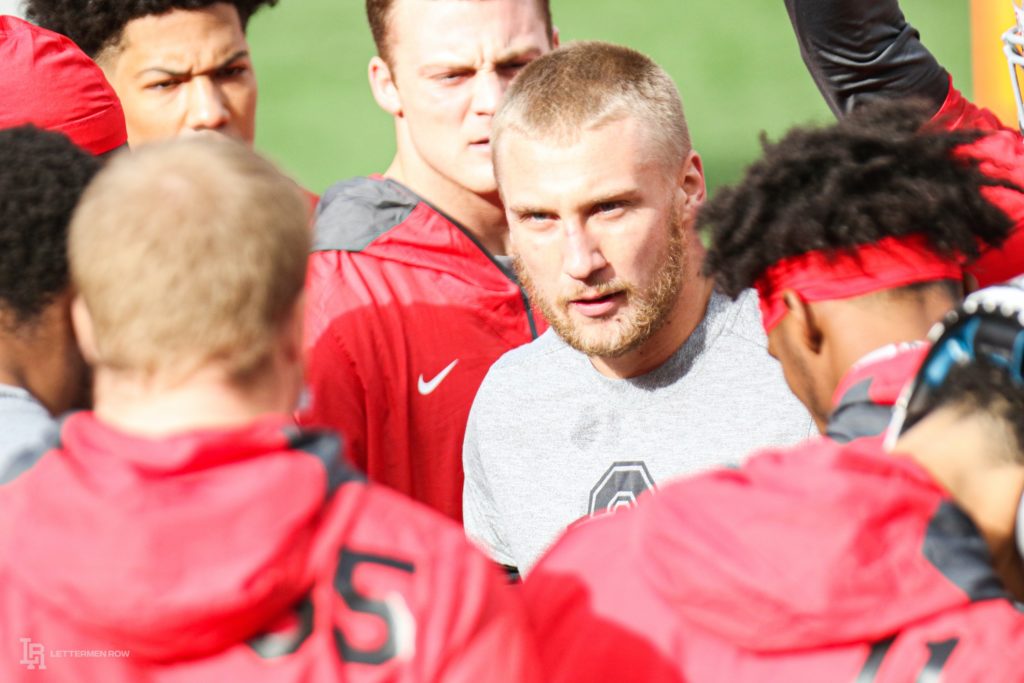 There was no shortage of pregame passion from Ohio State’s on-field leaders. (Birm/Lettermen Row)

That’s life in 2020, right? The fanatics aren’t allowed in the stadium right now, and that means the Buckeyes have to turn inward if they want to bring the passion up a few notches. The slow start against Nebraska on Saturday afternoon isn’t going to cut it in Happy Valley against a cornered Penn State team on Halloween night.

Ohio State is better than any team its going to play for the next eight weeks. But football is a game of passion, energy and fire. Sometimes that’s what is needed when talent and scheme are accounted for with solid game plans. It seemed like it was difficult early for the Buckeyes — especially on defense — to find that.

“It’s just different and so we’ve gotta get used to that, because that’s the way it’s going to be,” Coombs said. “I think that we will, I think we’ll handle it.

“But I am not going to tell you it’s as much fun — it’s not. When that place is rocking, that environment? That’s where you want to be. I missed that. I think our players missed it. There’s nothing we can do about it, but let’s not kid ourselves either: it’s a fun environment when the ‘Shoe is rocking. It’s one of the best places in the world to coach a football game and to watch a football game.”

After an offseason full of frustration and anger, there was a surprising lack of juice from the Buckeyes against a seriously outmanned Nebraska team. And even if there’s something new and uncomfortable, Ohio State has to handle it better than their opponents week in and week out.

There won’t be sold-out crowds cheering life into the defense. There won’t be huge roars when Jonathon Cooper picks up a sack, so he needs to provide the energy himself. There isn’t going to be an explosion of emotion when Jaxon Smith-Njigba makes one of the best catches anyone will ever see, so the offense has to be bring it themselves by dominating the line of scrimmage from the opening whistle to the last. It has to be a matter of personal pride for a group that feels it was slighted and overlooked a year ago.

It can’t be difficult to find that energy in the future, even for a quarter and a half. In a normal season, it may feel like nitpicking — but not this year for Ohio State. Not if these Buckeyes want to wipe away the taste of the last 302 days.

There’s no margin for error in this Big Ten season.

No matter how weird it will be on Saturdays.

What We Learned as Buckeyes pulled away, crushed Nebraska in opener
Buckeyes start poll climb after dominant opening victory