Justin Fields and Ohio State will open the season against Nebraska. (Birm/Lettermen Row)

The speculation, debate and conversations about Ohio State never end, and Lettermen Row is always ready to dive into the discussions. All week long, senior writer Austin Ward will field topics about the Buckeyes submitted by readers and break down anything that’s on the minds of the Best Damn Fans in the Land. Have a question that needs to be tackled, like the one today about Ohio State and Nebraska? Send it in right here — and check back daily for the answers.

Ohio State is a massive favorite over Nebraska. (Courtesy/VegasInsider)

This is the fork in the road for Ohio State and Nebraska.

It’s been a fun bromance, these two tradition-rich programs joining forces and fighting as hard as possible to bring football back to the Big Ten. The mutual respect will never go away. Ryan Day and Scott Frost can share a special pregame fist bump to pay tribute to the offseason work, and whenever fans of the Buckeyes and Huskers can safely get together again, the celebratory drinks will surely be flowing.

But the truth is only one of teams is actually still a powerhouse in college football. So, unfortunately for Nebraska, this is where the Buckeyes have to leave them and head off on their own journey.

“I just know that there were times that we never thought we’d be playing the season,” Day said this week. “Now the fact that we are is great. The fact that we’re playing [Nebraska] in the first game, I mean, we’ve got to play each other at some point. So, our guys are looking forward to it. 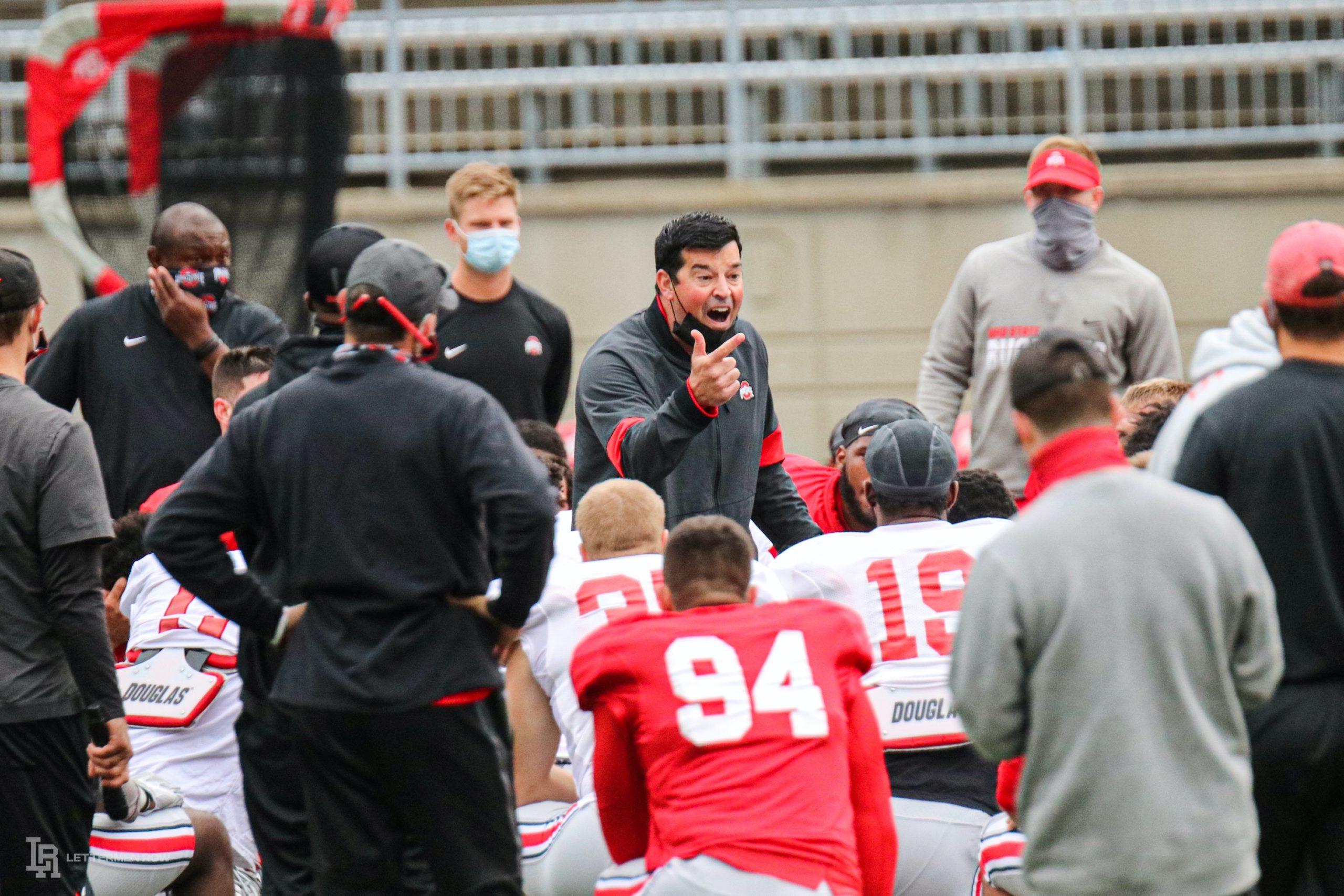 Now the two coaches will be in the stadium, and the shared goals will give way to the very different realities of what both can accomplish.

The matchup is almost comically lopsided on paper. Ohio State is likely going to be a double-digit favorite in every Big Ten game this season, and Nebraska is simply trying to string together more wins than losses after several years coming up short of even a bowl appearance. The Buckeyes have a Heisman Trophy favorite at quarterback, and the Huskers aren’t even sure who should really lead their offense.

Really, that kind of comparison could continue for the entire roster. But the point is Ohio State is simply operating at another level, and since it knows it can’t take anything for granted in this shortened season if it’s going to fulfill it’s national-title potential, Nebraska isn’t going to get any favors for its offseason help.