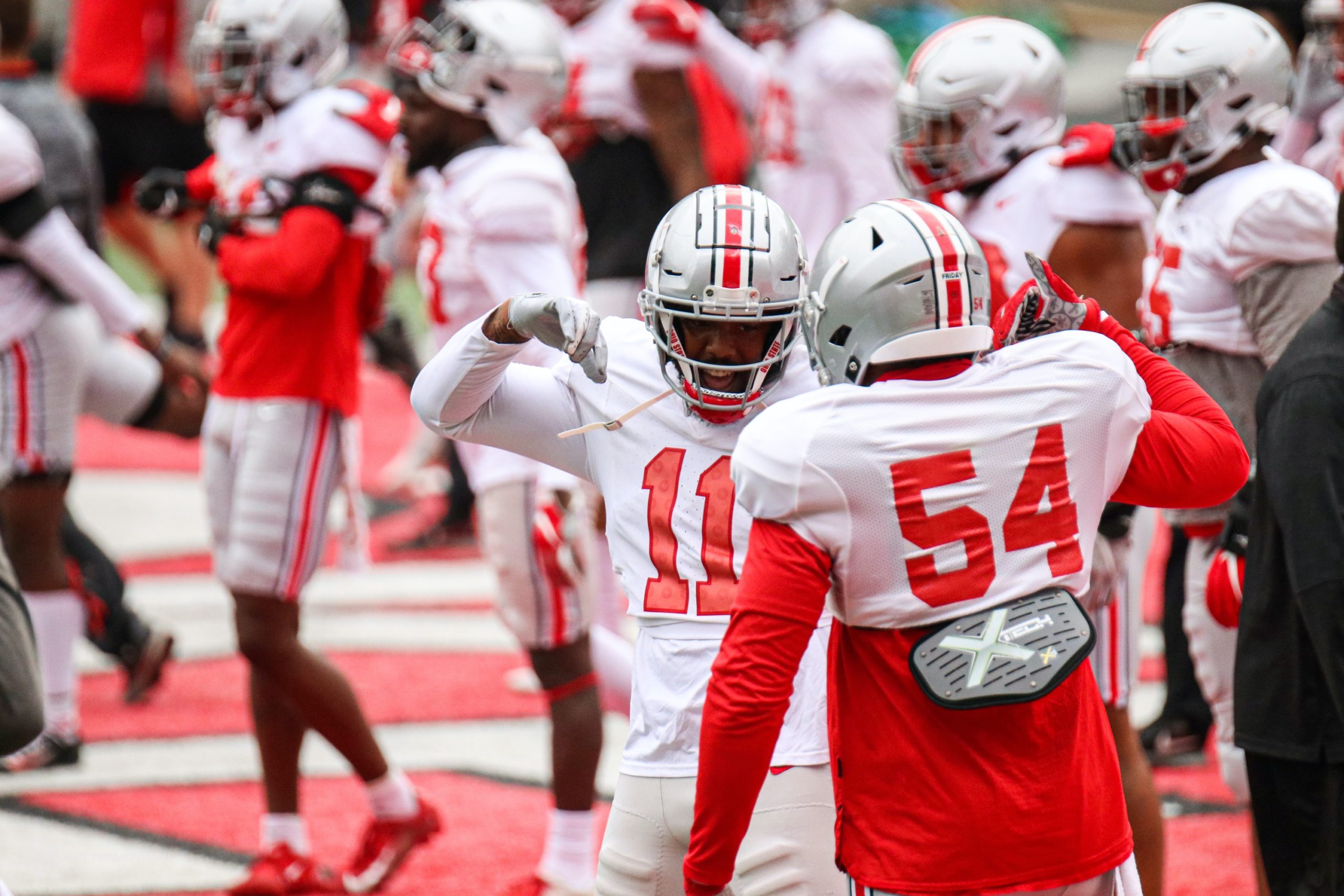 COLUMBUS — Finally, Ohio State has made it to a game week.

After all the postponements, the petition, the public pleas, the peaceful demonstrations and then a bunch of practices, the Buckeyes at last get to simply play.

The long-awaited opener for the three-time defending Big Ten champions has arrived, and Ohio State will host Nebraska on Saturday. In many ways it’s a fitting kickoff since the Huskers also were fighting right alongside the Buckeyes to make sure there would be games in the conference this season, and that effort will be paid off on Saturday in the Horseshoe.

The unique journey is about to begin for the Buckeyes this weekend. And to get back in the flow with some normalcy, Lettermen Row is getting set for the Nebraska matchup as alway with Five Questions for Ohio State. 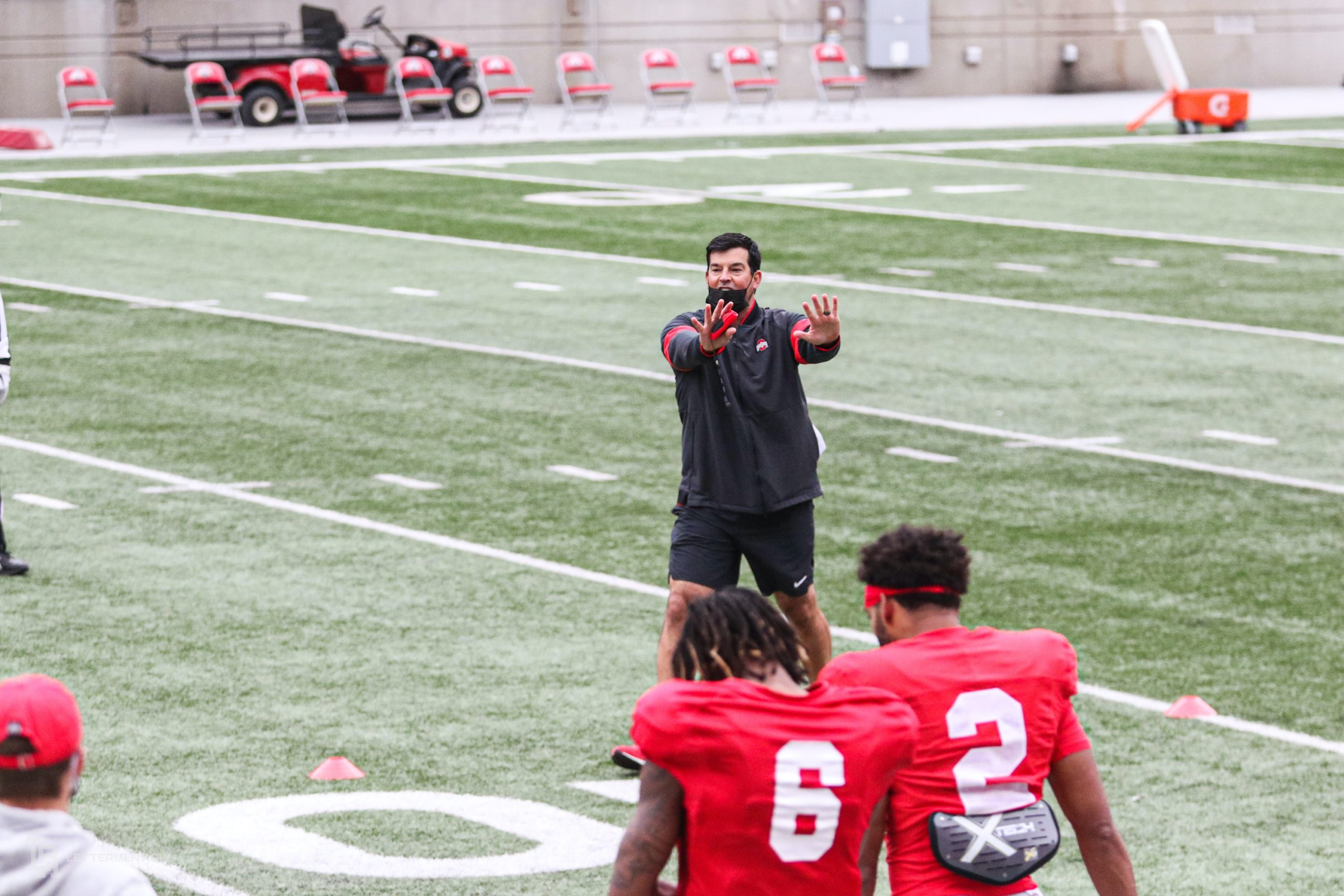 Ohio State coach Ryan Day has been focusing on the fundamentals with the Buckeyes. (Birm/Lettermen Row)

Will Buckeyes come out in midseason form?

Ohio State has watched teams around the country come out rusty, flat-footed and sometimes struggling just with basic fundamentals. That probably shouldn’t come as a surprise considering some of the limitations that have come with practicing during the pandemic, but it did serve as a helpful reminder for the Buckeyes that nothing can be taken for granted this season.

Day has gone above and beyond to emphasize the importance of tackling, dominating the line of scrimmage and protecting the football with his team over the last couple weeks of training camp. More than any kind of schematic advantages the Buckeyes may have, their overall talent level should shine through as long as they take care of the basics. So, did they take that message to heart? The answer will be revealed on Saturday.

The team goals come first for Justin Fields, but the Ohio State quarterback also doesn’t hide from the fact that he wants to establish himself as the best player in the nation — and seal the deal with the Heisman Trophy voters this year after emerging as a finalist a year ago.

His top competition has already had several weeks to pad stats while having the stage almost to himself, and Clemson’s Trevor Lawrence has raced out to the lead while Fields has been forced to wait to make his season debut. How quickly can Fields close the gap and what does he have in store for his second-year encore with the Buckeyes? All signs are pointing to a truly special campaign, and he’ll no doubt be eager to sprint out of the starting blocks. 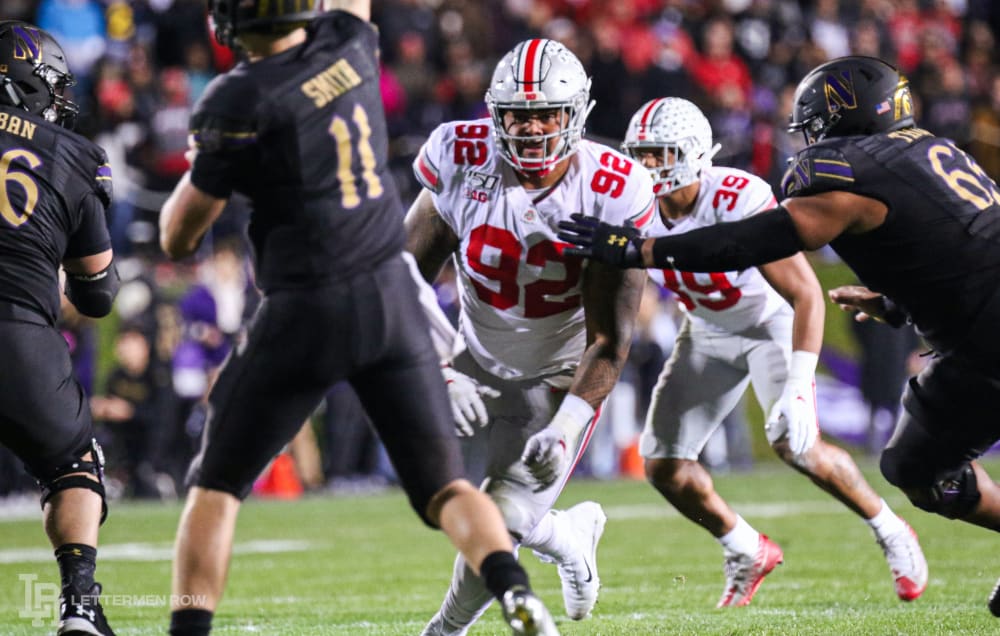 How healthy is Ohio State roster?

The first true test of the stringent protocols Ohio State and the Big Ten have established is coming this week, and the initial availability report will reflect just how well the program has done in avoiding positive tests. That’s going to be a huge test every single week of the season, of course, and there’s no room to ever relax when it comes to avoiding positive tests during the COVID-19 pandemic.

Beyond that, of course, there will be key injury situations that will receive some clarity by the end of the week — most notably at defensive tackle where Haskell Garrett and Taron Vincent have both been limited during practices this month. Ohio State has more uncertainty up front on defense than just about anywhere else on the roster, so it could certainly use some good news with those big men.

Which freshmen receivers will have early impact?

The highly-anticipated debut of the Fab Four receivers is nearly here, and there figures to be a role for all of them in the offense given their off-the-charts athleticism and the opportunity to crack the rotation after Ohio State lost three seniors from that unit after last season.

Jaxon Smith-Njigba, Gee Scott, Julian Fleming and Mookie Cooper all bring different skills to the table, and predicting which one will emerge first is a challenge because all of them are more than capable of providing a jolt to the attack. Smith-Njigba might nose ahead thanks to his well-rounded game, but Fleming has truly elite potential, Scott has an NFL body already and Cooper is a dangerous open-field weapon. Look for all four to get a shot to show what they can do against the Huskers.

Does loss of Kourt Williams change secondary plans at all?

Ohio State isn’t the kind of program that will ever rely heavily on true freshmen to carry the team to championships. That’s a sign of the strength of the Buckeyes that they get to be patient even with four- and five-star talent, and this year is no exception.

But Kourt Williams did have the potential to play a key depth role in the secondary for the Buckeyes, and his maturity and physical tools made it look like he could even emerge in the Bullet position during his freshman campaign. Now that he’s out with an ACL injury this season, does that change any plans for Ohio State? If anything, it sharpens the focus on Josh Proctor and Marcus Hooker at safety, while also potentially opening up a couple opportunities for Lathan Ransom or Cameron Martinez. The secondary is always under the spotlight for the Buckeyes, and that unit will need to be sharp against a Nebraska attack that will certainly be looking to move the football through the air.