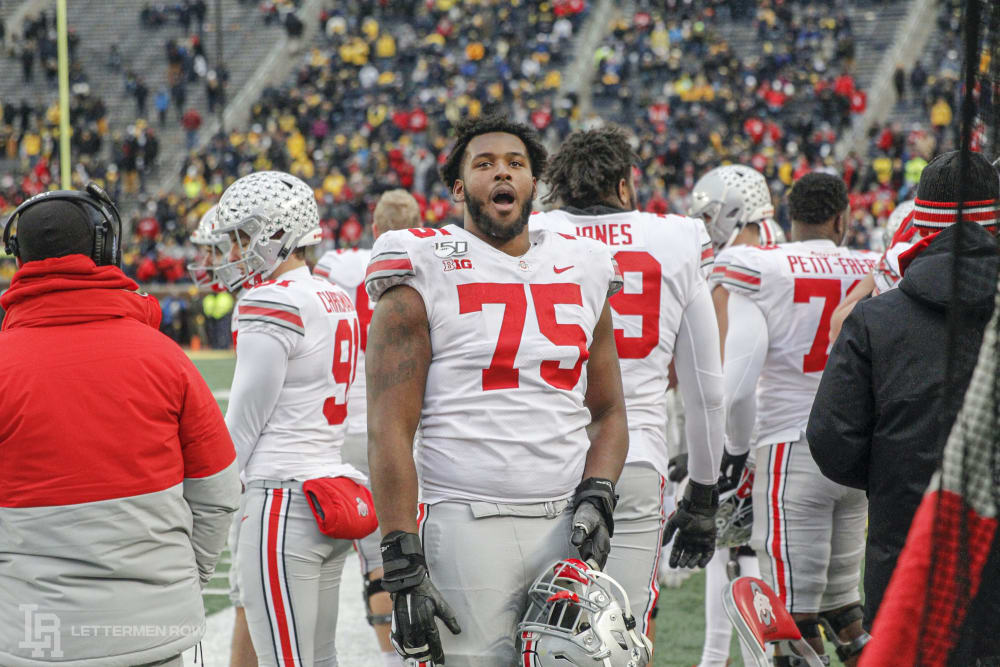 COLUMBUS — Of course there was no Ohio State spring game Saturday. The spread of Covid-19, and the stay-at-home, self-quarantine, no-grouping edicts that have come in its wake, saw to that.

It is interesting that in this murkiest of moments from a planning concept that the world likely has ever seen (because this age is all about schedules and deadlines, and in the athletic realm, one sports season running to a hard-date fruition before passing the spotlight to another) that the year is indeed 2020, otherwise the designation for normal vision.

There’s nothing normal about the present day and beyond. For the sports world in general, the vision has been altered by a major astigmatism with which it’s difficult to see even when teams might be able to gather again just for workouts, much less dive back into games with tens of thousands of fans roaring their approval.

For college football in particular, the debacle is easily understood. Heck, just a quorum for an offensive or defensive side is 11 players, one more than the 10 well-spaced individuals recommended weeks ago by the experts. Then throw in the unavoidable collision effect of every play. And there’s 100 or more players on a team, and 100 or more coaches and support personnel — altogether including the players, a pack of people who meet more than they practice or play.

Football presents the most mingling of the masses and thus the best chance of virus swapping of any sport. So of course there is immense trepidation by those in charge, such as Ohio State athletic director Gene Smith and Buckeyes coach Ryan Day, to speculate on when there could be an all-clear signal for 2020 preparations to resume, much less what the schedule could look like after that. 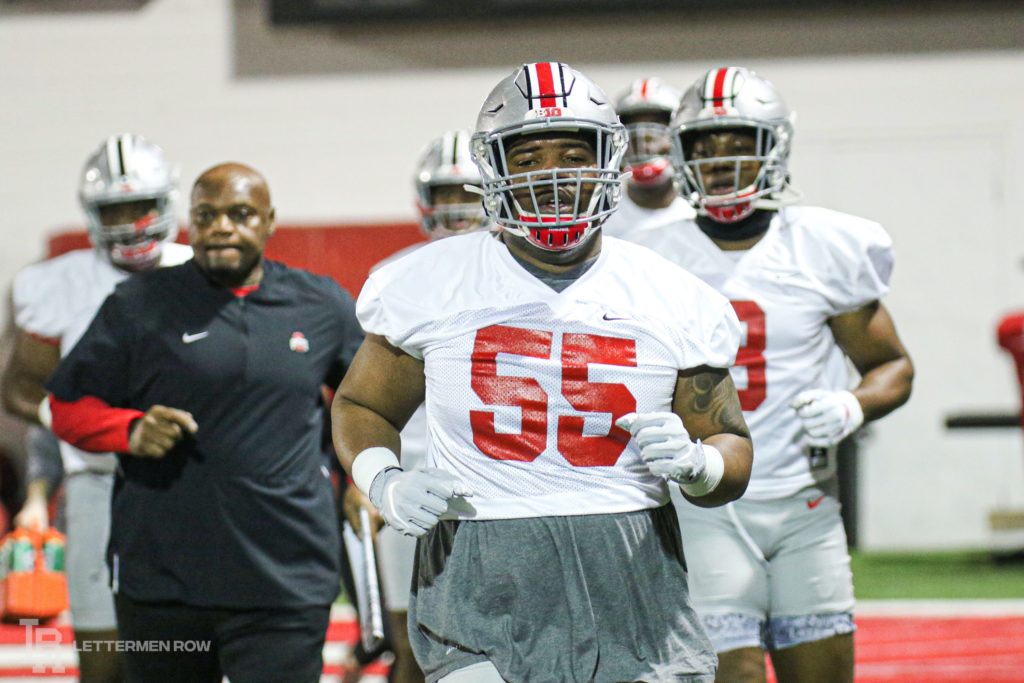 However, in this interim which affords plenty of time to cogitate, let’s say the major college football playing season is pushed back to an October start, or November. Then what?

Will it be possible for teams simply to overlay their current 12-game schedules (in Ohio State’s case, it includes non-league games with Bowling Green and Buffalo of the Mid-American Conference, and the much anticipated intersectional trip to Oregon) onto a new set of months that could push completion into December or perhaps January? Well, anything is possible.

But the best way to save the season and at least get to a College Football Playoff might be to bite the bullet and for this year only employ a modified intramural approach with a whopper of a playoff at the end.

Scratch the non-league games and have each major conference come up with a computer-generated 10-game, all-league schedule, divisions be damned. The 10-team Big 12 could adopt Notre Dame and Brigham Young for one year for the good of the whole.

At season’s end, there would be an eight-team playoff for the national championship (sometimes a cataclysm hastens a desired result). The College Football Playoff committee really could earn its lavish accommodations and meals by seeding the five designated Power 5 champions then picking three deserving at-large entries.

As has been proposed before, the College Football Playoff quarterfinals would be played at the top four campus sites. They would be followed by the semis and finals at the already determined sites, just maybe a month later. It’s not only possible, it’s doable. And it would be a TV ratings (and revenue-generating) bonanza.

But that’s just dreaming at this point, of course, because nothing can happen until the all-clear-to-congregate horn is sounded. That still seems to be a long way down the calendar.

cogitate… one of my father’s favorite words….

Cogitating: “nothing can happen until”? is a rational non-sequitur.

=Meanwhile, Coach Day’s call to self-discipline in sleep, nutrition, exercise, drill… together on the inside, individually on the outside. Let us make today, an outward manifestation of inner faith….

Thanks Tim for the outside the box thinking. That’s what I think the NCAA needs to do,(think outside the box)for this season to happen in some form. It may not be your plan but I think after Gene’s statement any plans for a season as usual are not realistic.

The problem with the playoff part is that it isn’t up to the NCAA. They are contracted tightly for 4 team playoff with multiple entities. They just can’t ignore their contracts and say let’s just change it without spending millions to buy them out or make it more profitable for them. Not saying it can’t be done but a lot of negotiations and compromise would have to take place.