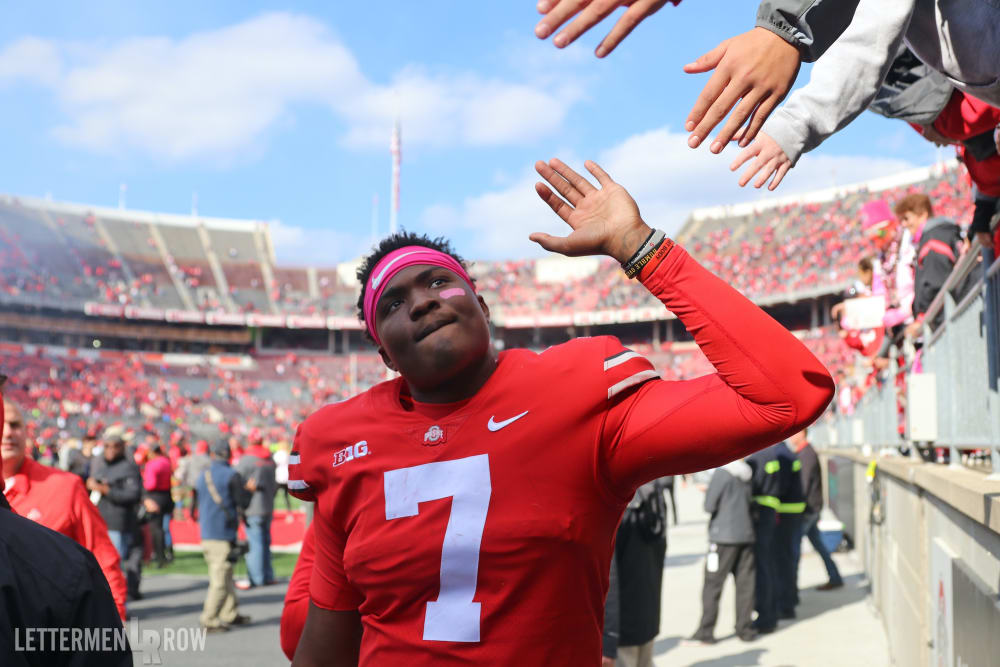 Dwayne Haskins and Ohio State got another win on a weekend where numerous ranked teams lost. (Birm/Lettermen Row)

COLUMBUS — Look around the top of the polls, and there are plenty of teams who would have gladly traded places with Ohio State.

The Buckeyes clearly didn’t put together their best performance of the season, and it’s entirely possible that it might go down as their sloppiest. But they still found a way to win by a double-digit margin against Minnesota on a Saturday when top-10 teams around the country were getting tripped up by the chaos this sport always brings.

Down went No. 2 Georgia. West Virginia saw its title hopes at No. 6 dashed. At No. 7, Washington was stunned in overtime. Another shocker came at No. 8 for Penn State. Meanwhile, both Texas and Notre Dame were given legitimate scares that went down to the wire.

In case an annual reminder was needed, it’s pretty damn hard to go undefeated. And by the end of the weekend, Ohio State winning 30-14 at the Horseshoe should look a lot better than it might have felt at the time.

Are there issues for the Buckeyes to clean up moving forward? Certainly, and a big test for the defense is looming next weekend at Purdue. But before turning the page to that Big Ten road trip, Lettermen Row is going back through What We Learned about Ohio State in the latest win for Urban Meyer and his unbeaten team.

Watching slant after slant be completed over the middle might have been a form of torture for Ohio State, and it clearly wasn’t pleased with the volume of rushing yards allowed. But it’s absolutely worth remembering that the Buckeyes were playing without nearly half of its starting lineup on defense, so holding an opponent to 14 points total with a second-half shutout and three takeaways probably should count as a sign of progress. The Silver Bullets have to keep grinding to get another safety at Jordan Fuller’s level, the coaching staff may need to start making the key adjustments earlier than halftime and Urban Meyer will no doubt again be asking for more pass rush. But for a banged-up unit, Ohio State is making do until it can get healthy again. 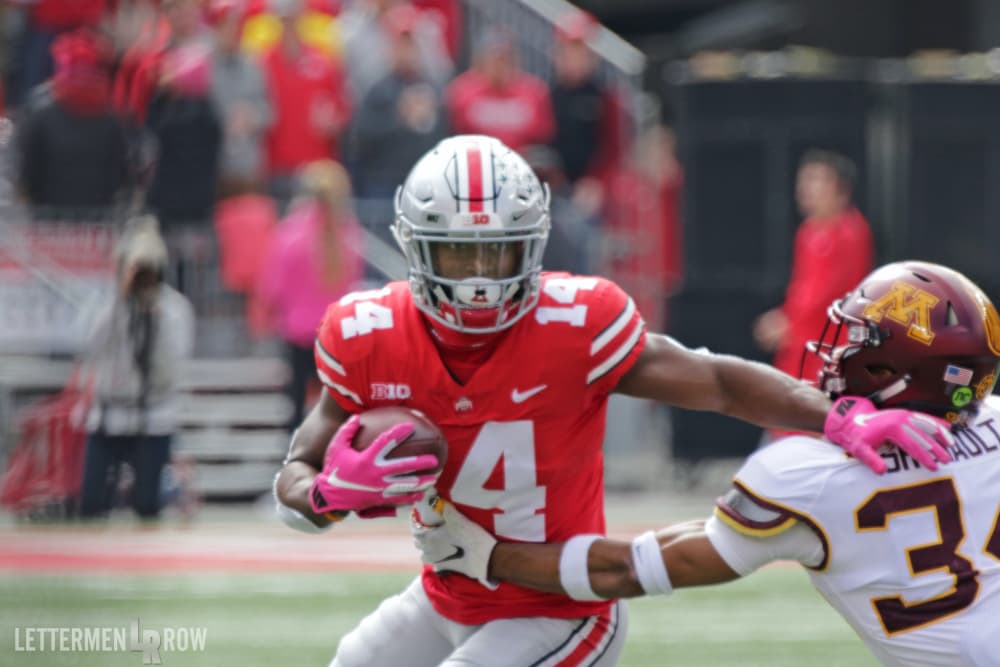 K.J. Hill is a pass-catching wizard

It appeared to be some sort of glitch in the matrix when K.J. Hill swung his head around and plucked a bullet from Dwayne Haskins out of the air. How exactly the Ohio State wide receiver managed to snag it with one hand while contorting his body and keeping his momentum heading toward the end zone is a mystery, but Hill almost made it look routine. He’s also turning into a true game-breaking weapon for the Buckeyes when they need him the most. After already coming up with clutch touchdowns against TCU and Penn State, his 9 receptions for 187 yards and two scores against Minnesota will go down as his new career-defining performance for K.J. Hill.

Ohio State needs to try something new on the ground

The Buckeyes really could survive without a rushing attack, no matter how valuable offensive balance might be to Urban Meyer. With the way Dwayne Haskins is throwing the football and coming off consecutive 400-yard passing performances, it’s maybe even possible that attempting 32 rushes is keeping him from completely eviscerating the school record books. But since it’s probably going to be critical at some point for J.K. Dobbins, Mike Weber and the offensive line to generate momentum on the ground, it’s probably time for Ohio State to explore new ways to do it. The approach the Buckeyes are using now produced just 2.9 yards per carry, and that’s obviously not going to cut it. What’s the solution? That’s up to a group of highly-paid coaches, and this staff has more than enough talent to work with to get it right. 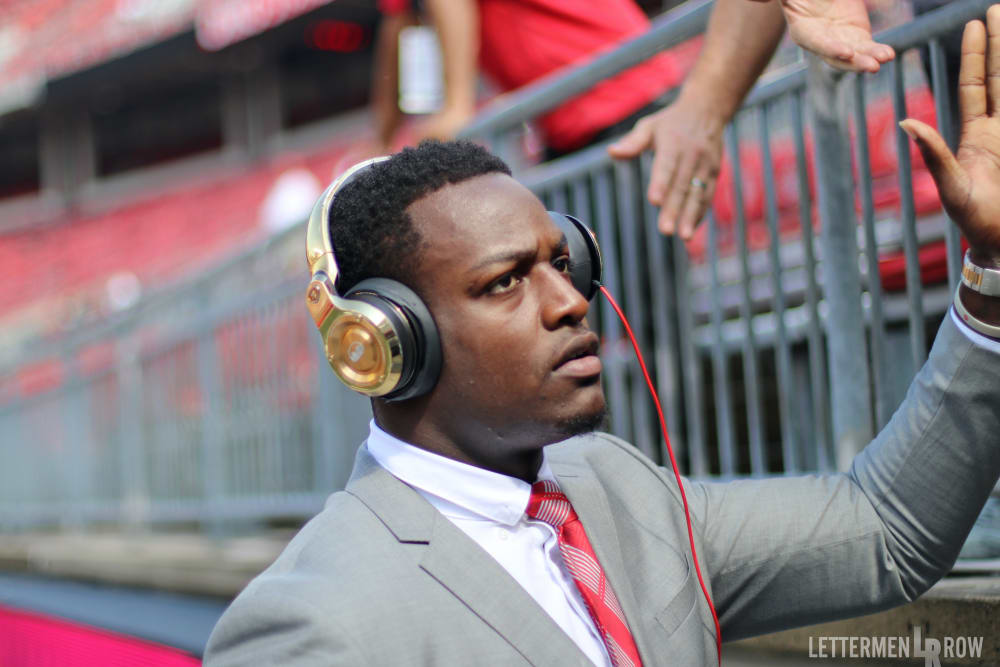 Rashod Berry showed flashes of being a weapon at tight end for Ohio State against Minnesota. (Birm/Lettermen Row)

The conversation happens seemingly every year and rarely ever leads anywhere once the season begins. But maybe now there is some reason for optimism when it comes to using the tight ends to expand the offense. Both Rashod Berry and Luke Farrell made a couple catches each in the win over Minnesota, and that wrinkle could continue to provide new looks for opponents to account for while the Buckeyes try to get the rushing attack in order. Berry and Farrell combined for 57 yards as targets for Dwayne Haskins, and while they’re still going to primarily play a role as blockers, that was a clear sign they can do more if needed.

Buckeyes get confidence boost in the secondary

After weeks of questions about their technique, penalty flags, poor angles and explosive plays, the Ohio State defensive backs finally delivered a couple plays that might spark a big leap in the second half of the regular season. Kendall Sheffield tracked down a deep ball for the cornerback’s second interception of the season, and safety Isaiah Pryor nabbed the first pick of his career to help seal the victory down the stretch. The way Ohio State defended those pesky slants still meant Minnesota was able to rack up yardage through the air, but Saturday might just turn into a confidence-boosting moment for a group that is still growing.