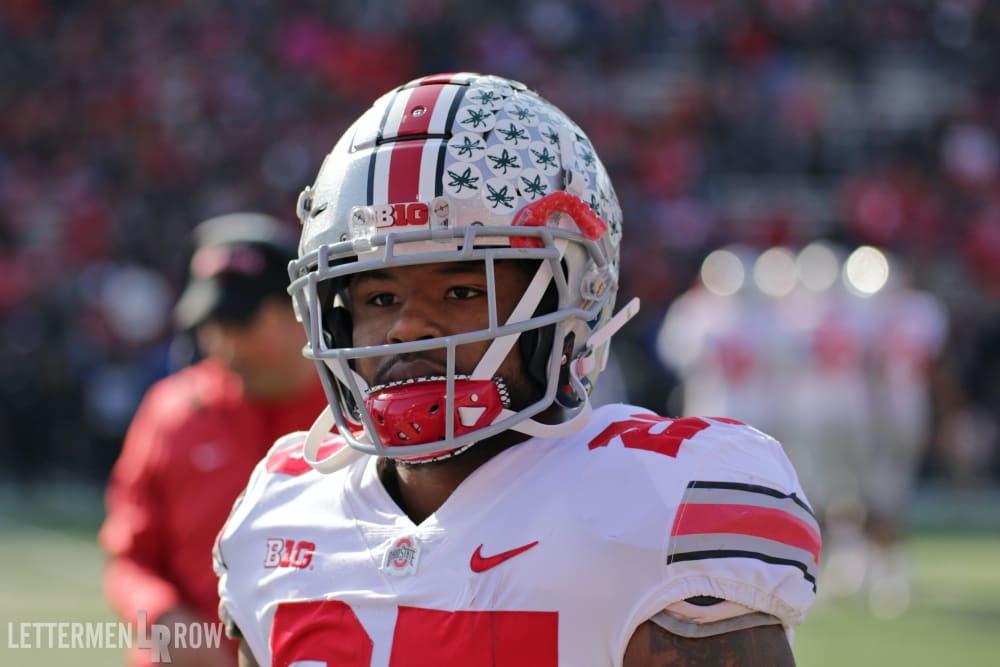 Ohio State running back Mike Weber didn't play at Maryland, but he's expected back for the Buckeyes this week. (Birm/Lettermen Row)

COLUMBUS — The most explosive offense in the Big Ten is about to get a couple key pieces back in time for the most important game on the Ohio State schedule.

Both tailback Mike Weber and left tackle Thayer Munford are listed as probable by the Buckeyes heading into Saturday’s colossal matchup with rival Michigan, giving a boost to the depth chart as they gear up to face the nation’s top-ranked defense with a Big Ten East Division title on the line.

Ohio State was obviously able to keep on putting up points without them last weekend at Maryland. But a meeting against the Wolverines is clearly an all-hands-on-deck situation for coach Urban Meyer.

“[Munford] is probable,” Meyer said. “Matter of fact, I just saw him [Monday morning] and he’s doing good. I think we’ll get some practice out of him tomorrow. 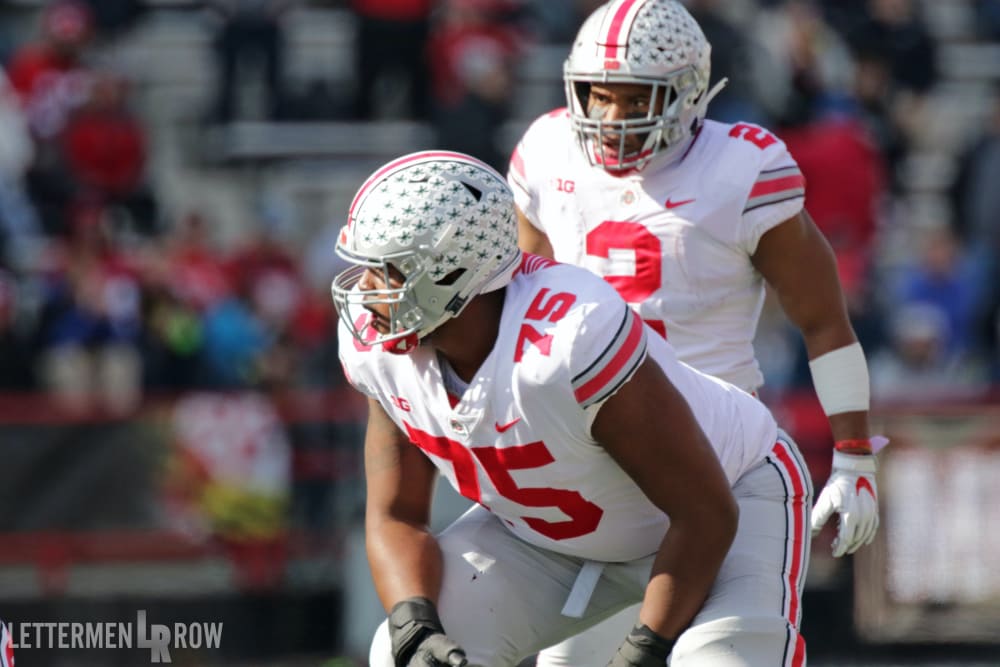 The Buckeyes have also cleared linebacker Baron Browning for a return this week, and a beleaguered defense could also use an injection of health after getting gashed for 51 points in the overtime win over Maryland.

But getting a starter on the offensive line back in the rotation along with a tailback who had been playing at one of the highest levels of his career figures to be a bigger deal as Ohio State tries to find a way to attack the stingy Wolverines.

The Buckeyes are an underdog as Meyer tries to keep his record perfect in the storied rivalry, and he wasted no time turning his laser-like focus to The Game with “It’s Time for War” already blaring in the team meeting room at the Woody Hayes Athletic Center.

“Practice, game plan and spend a ridiculous amount of time preparing,” Meyer said. “Come up with a scheme and make sure our checkers are in the right place, and my job is to make sure our team is rested. It’s a busy week. We had the band here yesterday, we have Senior Tackle, it’s Thanksgiving — then we have the rival.”

And when Michigan arrives, Ohio State appears like it should be at full strength waiting for it.