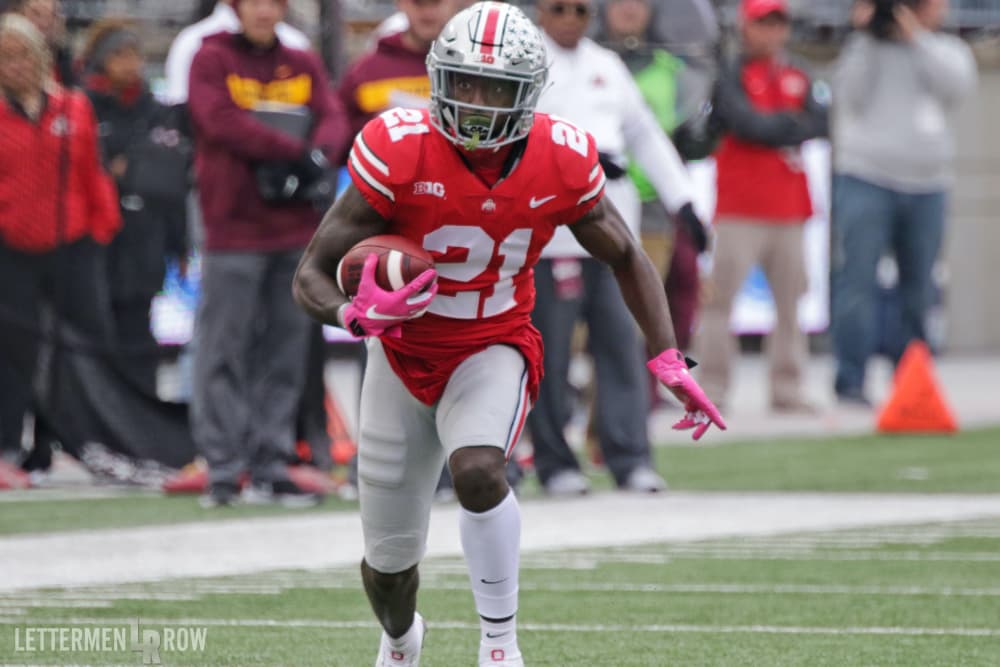 Ohio State wide receiver Parris Campbell is setting a tone for the Buckeyes as a captain. (Birm/Lettermen Row)

COLUMBUS — The news traveled instantly from across the border directly to the phones in the Ohio State locker room.

Trash talk moves quickly in the most storied rivalry in college football these days, and for the most part the Buckeyes didn’t even pretend like they hadn’t seen Michigan running back Karan Higdon’s subtle guarantee of a victory on Monday.

There were a couple exceptions among the Ohio State contingent who met with the media before practice on Tuesday. But Buckeyes captain Parris Campbell acknowledged it has been a topic of conversation inside the Woody Hayes Athletic Center as another epic clash with the Wolverines looms on Saturday.

“I mean, you can guarantee what you want,” the senior wide receiver said. “But at the end of the day, you’ve still got to strap up and come play, period. Our guys, we don’t pay any mind to that. We see that, obviously, it’s there. People push it towards us, but we won’t pay it any mind.

That will be the final statement from the Buckeyes on the matter until The Game arrives this weekend, with the program going through its last media availability before turning its attention solely to preparing for the Wolverines moving forward.

The bragging rights between Ohio State and Michigan are enough motivation all on their own. But the Buckeyes are also an underdog, they were plainly aware of how Higdon chose his words and they also have plenty of other stakes on the line — including the Big Ten East Division title and a potential shot at a bid to the College Football Playoff. 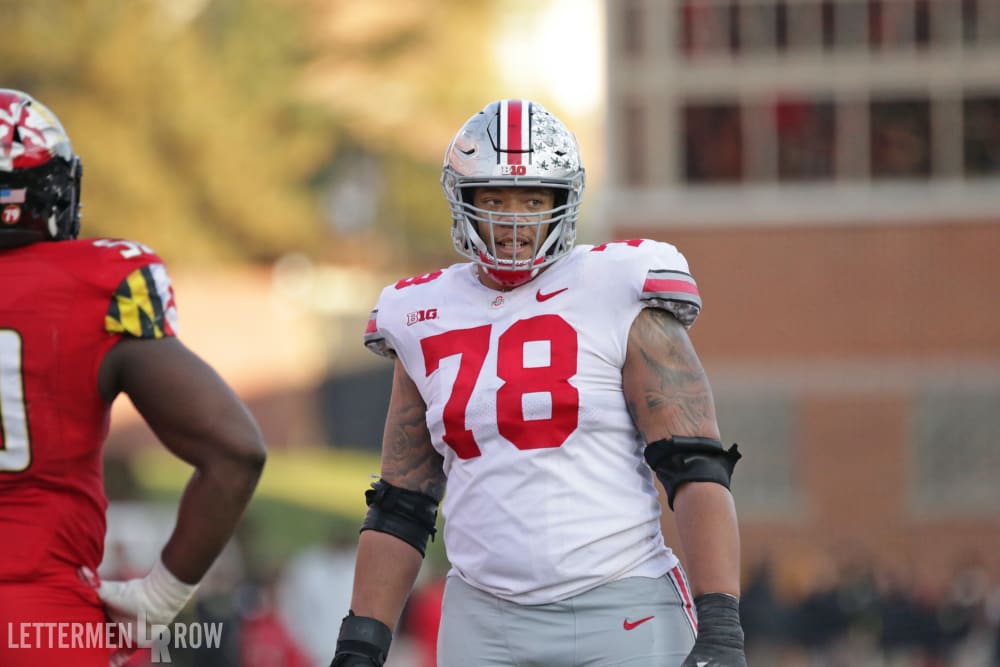 Across the board, the Buckeyes tried to downplay the significance of the guarantee or the need for any added fuel to their fire this week. But it’s also not something that has been ignored, either.

“I really don’t have too much time to look into all that stuff,” right guard Demetrius Knox said. “Everybody has their opinion. My job is to be a student-athlete, get my grades, suit up and on Saturday go get the win. You know, we’ve got a little saying around here and a couple of those flags going around during the game. What’s it say? Ohio State against the World. That’s what it feels like at times. But we’re excited. It’s fun. If you were able to hear some of the outside noise and stuff like that, to be able to prove somebody wrong is great.

“As far as the motivation, I don’t think you need any extra motivation for this game. It’s the best rivalry in sports.”

After a long season, The Game is almost finally here — and the time for talk will be over.