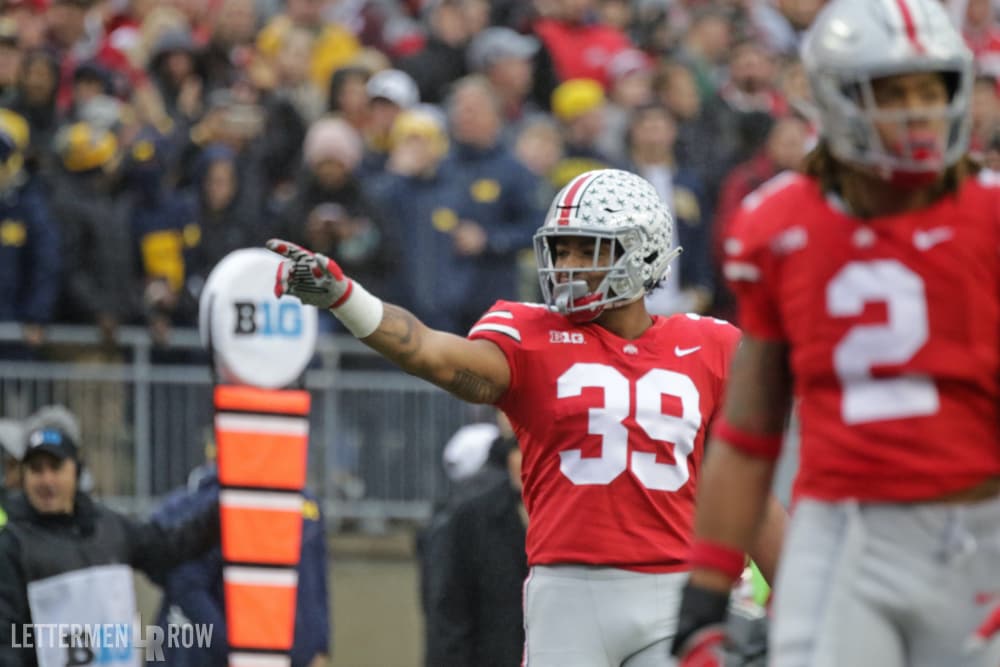 Ohio State knocked off Michigan again to maintain the edge in The Game and win the Big Ten East Division. (Birm/Lettermen Row)

COLUMBUS — The Revenge Tour is cancelled.

Maybe at some point Michigan will be able to get some retribution against Ohio State, but it seems pretty unlikely to ever happen as long as Urban Meyer is around and absolutely dominating the rivalry.

After all the hype for the Wolverines, all the ups and downs for the Buckeyes this season and the speculation that the winning streak would finally be snapped on Saturday at the Horseshoe, a clear message was sent about who owns the upper hand. And Ohio State strengthened its grip with an overpowering performance to cap the regular season, throttling No. 4 Michigan 62-39 to claim the Big Ten East Division crown and earn a shot to defend the conference championship next week in Indianapolis.

Up next for the Buckeyes: Northwestern and the chance to potentially get back to the College Football Playoff.

Up right now: Lettermen Row reacts to Meyer running his record to 7-o against the Wolverines with Snap Judgments.

All Chris Olave needed was one edition of the greatest rivalry in college football to make himself an Ohio State legend. For all the optimism about his potential, the raving from coaches about the impact he made in training camp and the important role that was given to him after Austin Mack’s injury, Olave still hadn’t really accomplished all that much heading into the final week of the regular season. But the true freshman might have just been saving everything up for the Wolverines, exploding for a pair of first-half touchdowns and following that up with a game-changing blocked punt that opened the floodgates in the second half. Olave will never be forgotten in The Game, and he’s still got a couple more left to play.

Buckeyes should finally get credit in CFP race

Maybe the College Football Playoff selection committee was just sending a message to Ohio State that it needed to put its full potential on display and that simply avoiding losses wasn’t enough. If that’s the case, it’s time for the rankings to reflect how difficult it is to win the Big Ten East Division, finish the regular season with one loss and beat a team that the committee had ranked No. 4 in a rivalry game. After weeks stuck in neutral at No. 10, Ohio State is in line for a huge bump and should be poised to jump up and potentially grab the final spot into the four-team field to play for the national title.

For all the struggles and inconsistency at linebacker, the Buckeyes couldn’t have asked for much more from Malik Harrison in the final game of the regular season. The junior came out motivated and aggressive right from the opening drive, making a huge sack to set the tone and continuing to fly around as Ohio State built an early lead. There were still a couple breakdowns around Harrison, but he looked like the game-changing defender that was promised throughout the offseason as he maximized all that enormous potential against Michigan. 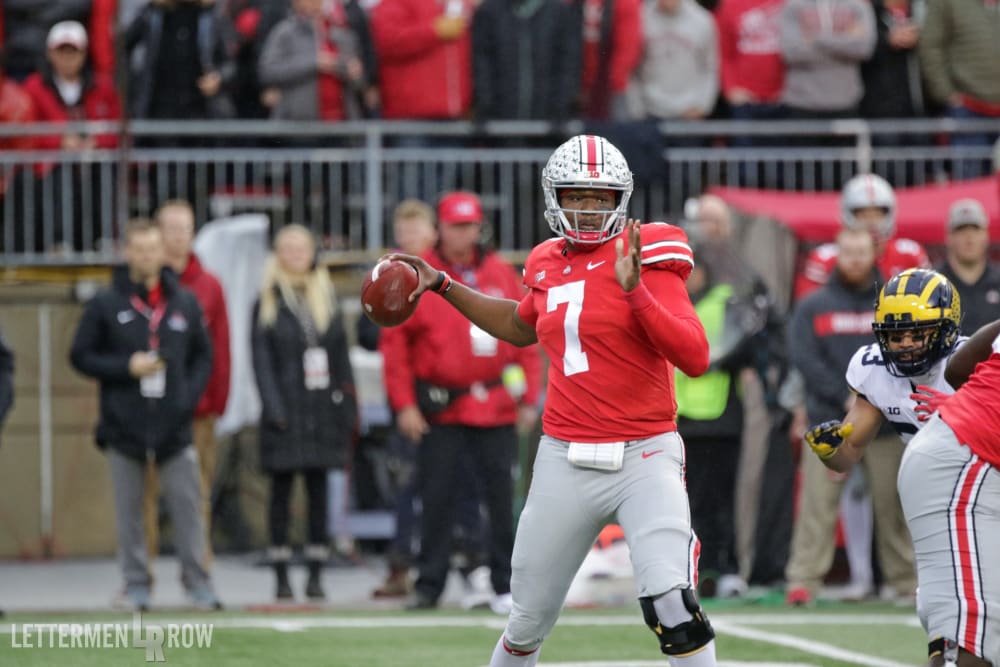 Dwayne Haskins posted another record-setting performance in the win for Ohio State over Michigan. (Birm/Lettermen Row)

Dwayne Haskins is back in Heisman mix

For whatever reason, whether it was the loss in October or the fact that he wasn’t breaking records every single week like he did early in the season, Dwayne Haskins became something of an afterthought in the Heisman Trophy race over the last few weeks. It’s safe to put him back on the short list of contenders after carving up the top-ranked total defense in the country, throwing for three touchdowns before the first half was even over and looking in complete command against the normally stingy Wolverines. Maybe it’s too late for Haskins to be a winner, but another performance like that next week in the Big Ten title game should earn him an invitation to New York as a finalist.

Maybe there were still more points on the scoreboard than Ohio State might like. But good luck finding anybody within the program that will complain about that defensive effort on Saturday against Michigan, especially on the heels of such an embarrassing outing the week before at Maryland. The Buckeyes once again dialed up a formidable pass rush, the linebackers were as sound as they’ve been maybe all season and the secondary helped change the game even with a couple too many penalties thrown into the mix. Ohio State delivered when it was absolutely mandatory, and it was rewarded with a trip to Indianapolis to defend the Big Ten title.