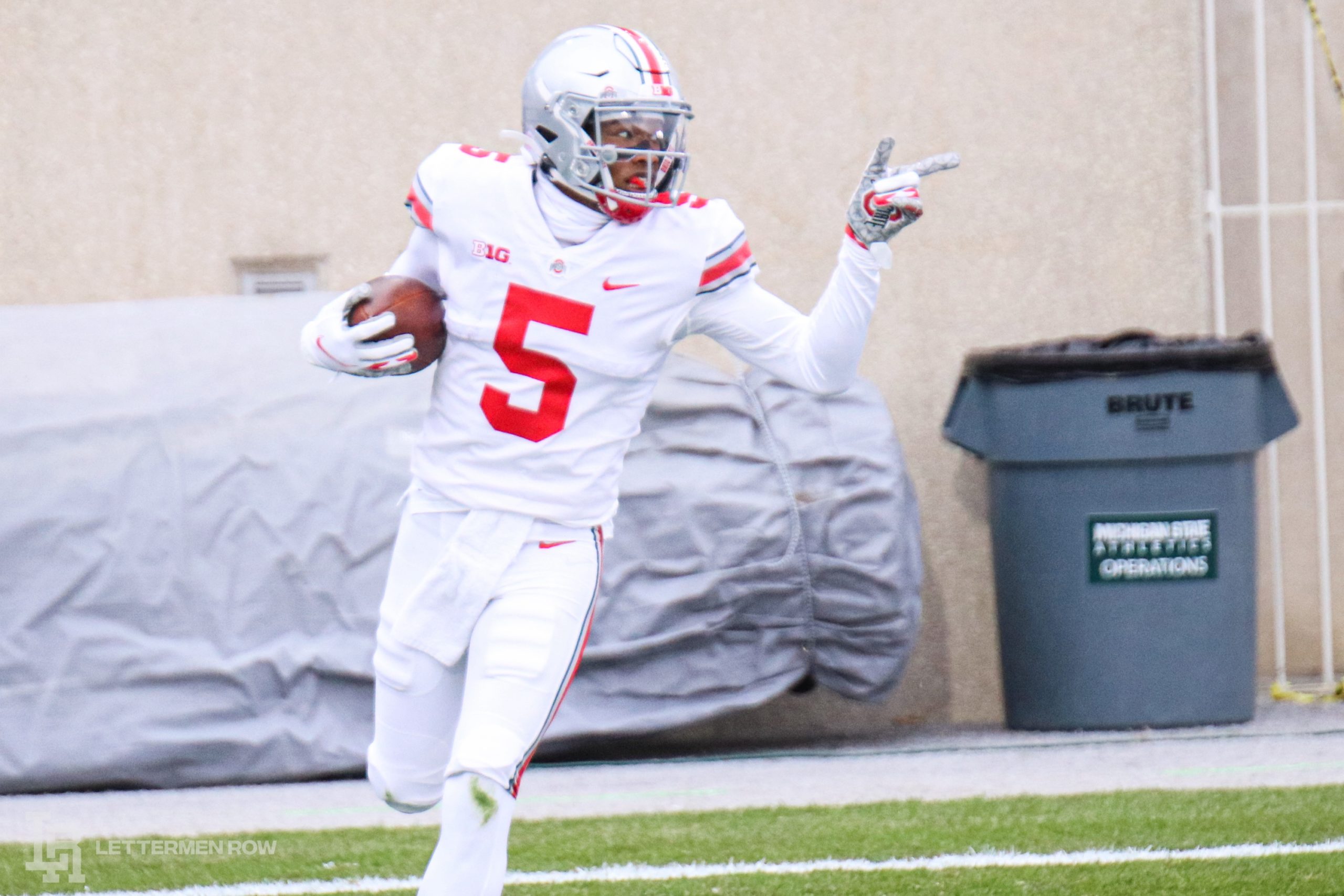 The truth is Any Game will actually do the trick for the Buckeyes this week.

There is simply no question that the ideal outcome for Ohio State is putting some Gold Pants on the line and getting a shot at Michigan in the Horseshoe. There also really shouldn’t be much doubt that the Wolverines want to take their bragging-rights swing at their rivals and attempt to sabotage Ohio State’s shot at a national championship in the process. But that remains up in the air heading into the final week of the regular season in the Big Ten, which is certainly a strange wrinkle in the storied history between these programs since nothing is guaranteed ahead of their scheduled showdown on Saturday.

“We take a lot of pride in being Buckeyes,” Ohio State coach Ryan Day said. “There’s so much emotion going into this season, so to see the team rally together in this moment [was great]. We certainly have a lot more football to play, but we live to see another day. With these kinds of challenges and the adversity that we’ve been through, I think that was a moment.

“It’s something that everybody needs to enjoy for a night, and then we’re on to the Team Up North.”

It remains to be seen whether or not the Wolverines will actually be able to play the Buckeyes by Saturday, and that’s obviously the most pressing question of all ahead of what promises to be a fascinating week. As always, Lettermen Row is getting set for what’s coming by diving into Five Questions for Ohio State. 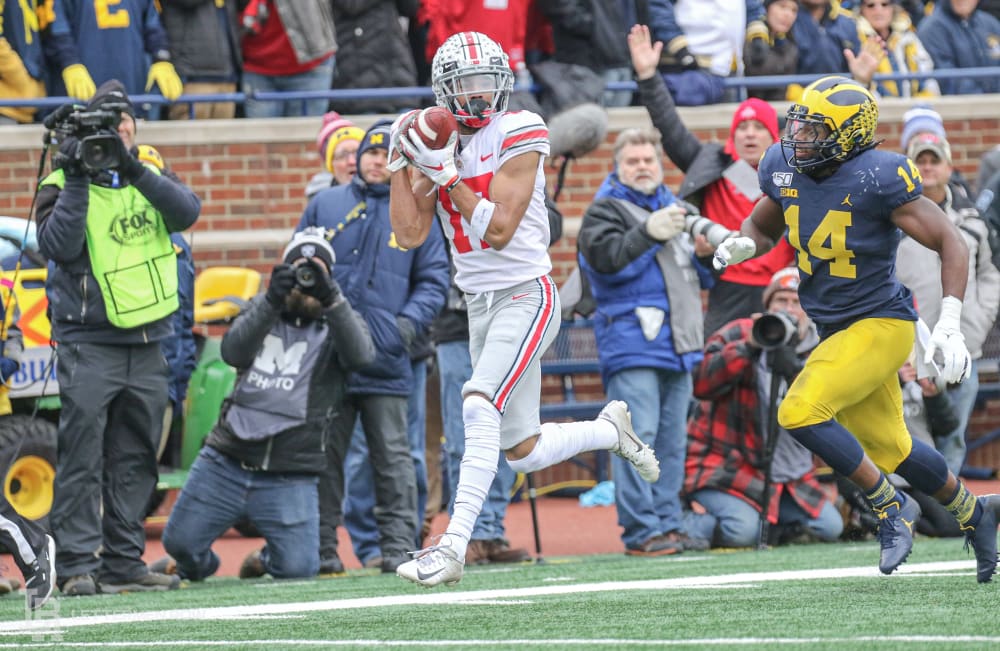 Will Michigan be ready to play at Ohio State?

The Game has been bounced around the calendar this year, including moving up to the middle of the season on one revamped Big Ten schedule. The conference fixed that mistake for the final, pushed-back slate — but now that’s wound up putting the rivalry showdown in jeopardy thanks to COVID problems at Michigan. It’s already later than normal for the two programs to meet, and there’s at least a chance it won’t happen at all this year.

If the Wolverines can get back in their facilities or practice by Tuesday, that would be an encouraging sign that bragging rights would be on the line by Saturday. But if not, there have to be contingency plans in place to allow the Buckeyes to play this weekend, qualify for the Big Ten championship and remain in good shape to make the College Football Playoff. The most likely outcome if Michigan can’t play involves making up a trip to Maryland, and that decision would need to be made by Wednesday at the latest. Ohio State is expected to play on Saturday, but the opponent might not be Michigan.

Can any Buckeyes return to action this week?

The offensive line was decimated, two key defensive regulars were missing and even the Ohio State staff was missing four full-time coaches. The Buckeyes did a remarkable job containing the COVID outbreak and returning to action against Michigan State, but the impact on the roster was undeniable.

The Big Ten still hasn’t adjusted its 21-day, return-to-play rule for players who test positive, so the Buckeyes are probably going to be just as short-handed again on Saturday. There are a couple paths that could lead Ohio State players back to action, starting with the conference adjusting its isolation periods to match with the current CDC guidelines. If that doesn’t happen, there is a chance that some of the Buckeyes who didn’t travel to play the Spartans were absent due to contact-tracing protocols — and negative tests could potentially allow players in that situation to return. The Buckeyes don’t reveal any specifics about its COVID tests, so that’s again a situation that will linger until the availability report is finalized later in the week. 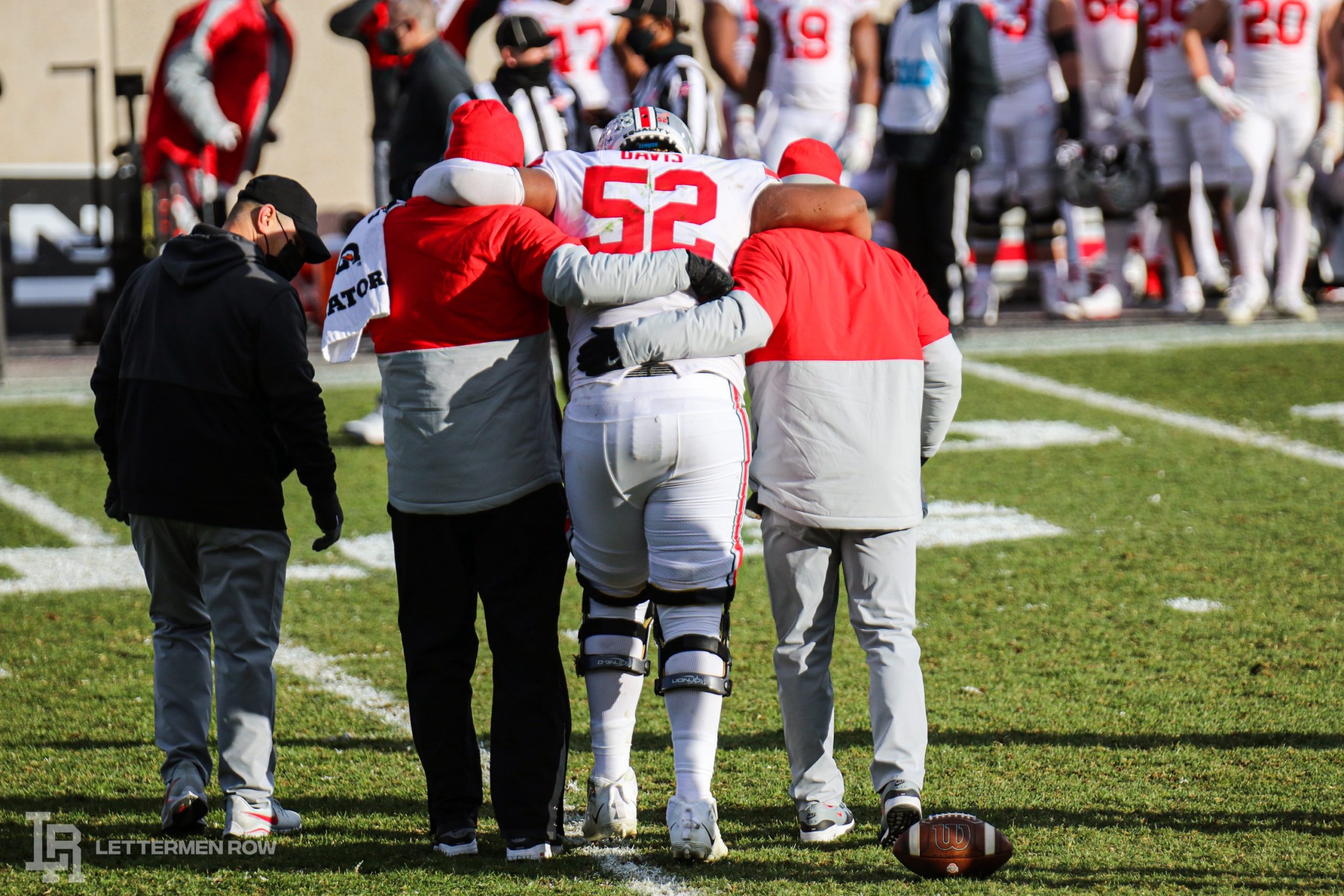 Already down to just one returning starter from a year ago on the offensive line, watching Wyatt Davis get carried to the sideline and then eventually lean on crutches heading up the tunnel to the locker room was the last thing the Buckeyes wanted to see on Saturday. The dominant right guard appeared to be dealing with a leg injury late in the win over Michigan State, and his injury status will be one of the most important developments of the week for the Buckeyes.

Ohio State certainly got solid work from Matthew Jones and Enokk Vimahi at guard off the bench, but there is simply no denying how significant the drop-off would be if Davis is unavailable. The redshirt junior is arguably the best interior lineman in the country, and his presence elevates everybody around him in the trenches for the Buckeyes. If the offense is going to reach its potential, Davis needs to be part of the effort.

There really shouldn’t be any more conversation about Ohio State needing to rack up undefinable style points to prove it’s a worthy College Football Playoff contender. The Buckeyes have left no doubt about their top-end talent, the short-handed blowout over Michigan State included the kind of defensive effort the selection committee apparently wanted to see and the win over Indiana is only getting more valuable.

Considering the other teams the voters are putting in the conversation, Ohio State is clearly in a position of strength to remain in a top-four spot — and it should be poised to move up by the time the field is set if it can win the last two games on the schedule. It’s time to end that pointless argument about winning fashionably and just focus on the results for Ohio State.

How will Buckeyes handle emotions if week gets weird?

It’s no secret how much importance the Buckeyes place on the rivalry, and the emotions get ramped up even more for seniors when The Game is their final performance in the Horseshoe. Add in the return of coach Ryan Day and potentially a couple other assistants and there will be even more urgency coming from Ohio State in the days ahead.

So, what happens if the rug is pulled out by Michigan and the Buckeyes have to change gears to a different opponent — and the veterans don’t get a curtain call at home? This entire year has obviously been a test of endurance, ability to embrace adversity and willingness to be flexible. It probably shouldn’t come as a huge surprise that the final week of the regular season and a rivalry game would be included in the ongoing challenges, but that will no doubt be a difficult adjustment mentally for the Buckeyes.