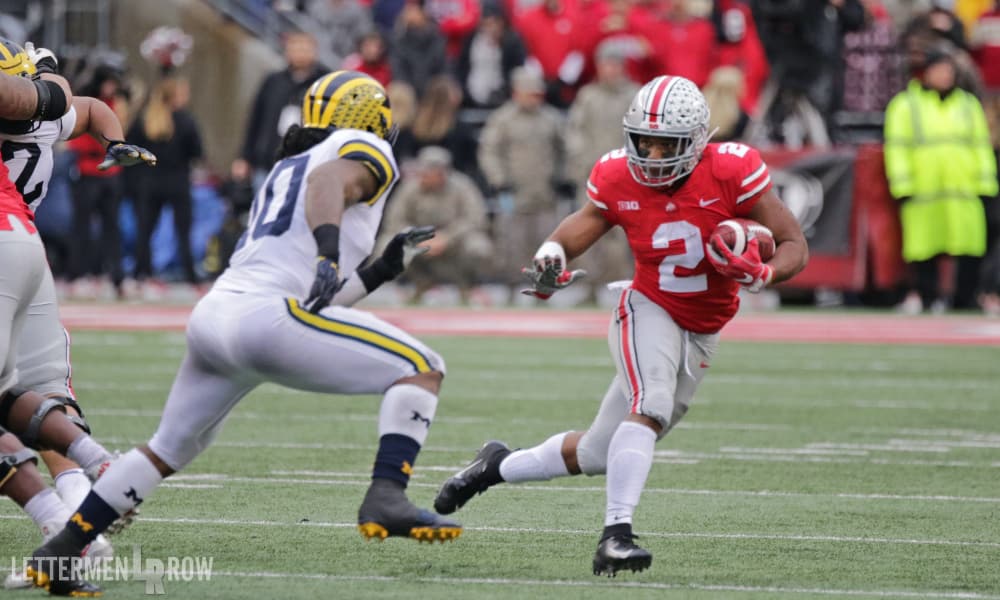 Ohio State and J.K. Dobbins ran away with another win over Michigan on Saturday at the Horseshoe. (Birm/Lettermen Row)

COLUMBUS — Maybe Ohio State was saving it all up for The Game.

Perhaps it simply found some solutions to season-long problems at just the right time.

Or it’s also entirely possible that there was never anything seriously wrong with the Buckeyes in the first place.

Whatever the case might be, Ohio State had absolutely nothing to apologize for on Saturday at the Horseshoe. It didn’t need to explain itself, worry about not being impressive enough in a victory or stressing about trying to tap into its immense potential.

Any win over No. 4 Michigan was going to be significant. But a 62-39 blitzkrieg certainly does seem to be a strong signal that the Buckeyes are finally unleashing the championship potential that was expected of them all along.

“It’s really hard to win a college football game,” Ohio State coach Urban Meyer said after winning his seventh against the Wolverines. “There’s never a bad win. Someone might say, ‘Why didn’t you run it or throw more? You missed a tackle.’ That’s OK, you just want to win the game. And our guys, obviously, showed up and played great today.

“A win is not frustrating for us.” 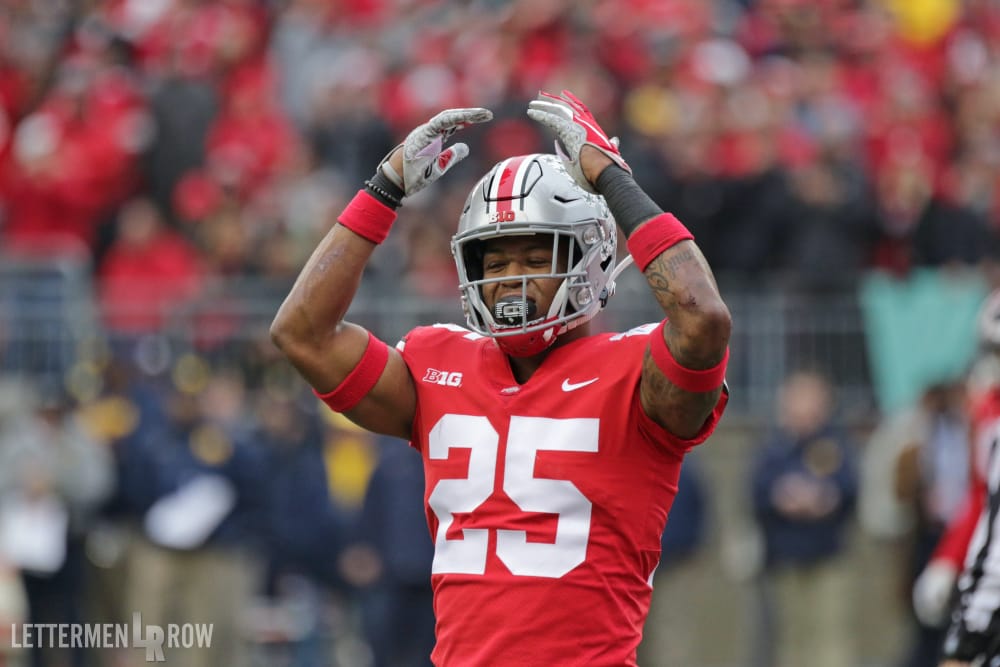 Certainly one against Michigan is never going to produce anything less than a full-throated celebration, especially at the Horseshoe with another crowd of 100,000 fans shaking the stadium and eventually flooding the field to party with the Big Ten’s East Division champions.

But that’s definitely not been the case for every victory this season. And Ohio State has openly admitted that there have been a number of wins along the way that felt like losses based on just how far short of its potential it was performing.

The defense has hung its head on a handful of occasions, most notably after getting picked apart repeatedly just last week at Maryland. A stagnant rushing attack and problems in the red-zone had the offense searching for answers during some testing wins in October. Even on special teams Ohio State has had weeks where it looked lost, either failing to catch punts, muffing kickoffs or missing field goals.

And while the Buckeyes weren’t perfect in any phase against Michigan, they were as close as they’ve been at any point this season. And that not only won them a division title on Saturday afternoon, it sets the table for them to add even more hardware — potentially even helping springboard into the College Football Playoff mix again.

“Yeah, we played well,” Ohio State quarterback Dwayne Haskins said. “So, we’ve got to do it again versus Northwestern next week and let the committee make a decision from there.

“But we’re going to keep putting good stuff out there on film and keep getting better. And I feel like we can still get better. We haven’t played our best game yet, so there’s a ways to go for us.” 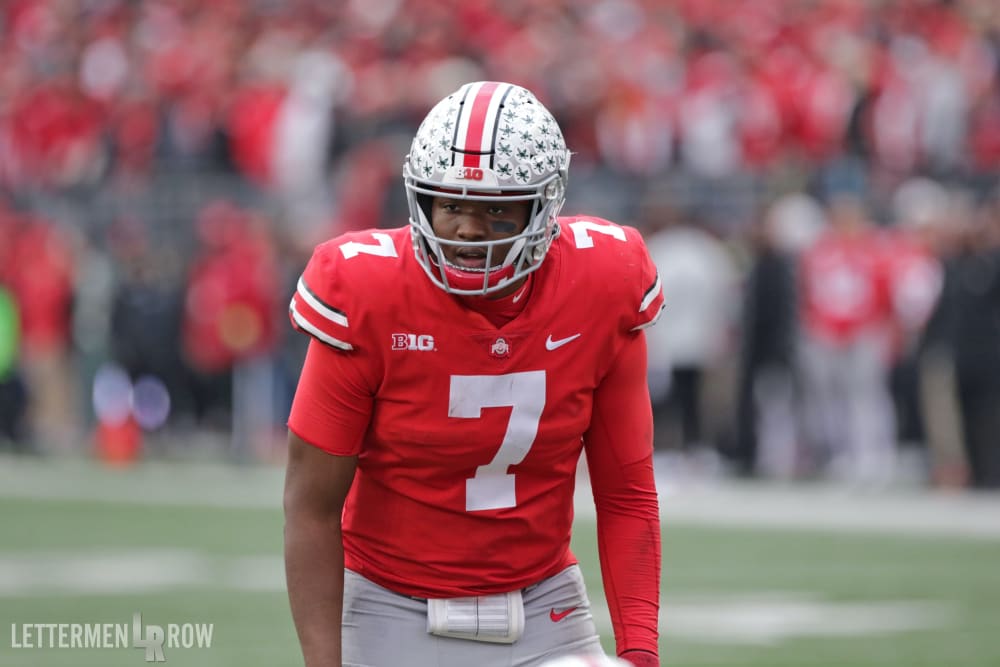 If there’s still room to grow, that should absolutely terrify Northwestern.

And it should serve as a notice to the playoff selection committee and any potential opponent after that for the Buckeyes that the program appears to have found its highest gear.

It hasn’t always been pretty along the way. Definitely wasn’t always smooth. And Ohio State also left plenty to criticize at times outside the locker room while also doing the same thing to itself on the inside.

But after all of that, the Buckeyes have 11 wins, a division title, another set of Gold Pants — and they’re suddenly bursting with confidence heading into the postseason.

“Extremely proud of our players, the way they’ve fought through it,” Meyer said. “Like someone was saying, nothing is ever good enough. Obviously there was some adversity earlier in the year — not just some, big-time adversity. To come back against your rival and play like that, that’s a focused team that loves each other and cares about each other.

Once again, Ohio State had the better one.

And it won’t be apologizing for that any time soon.