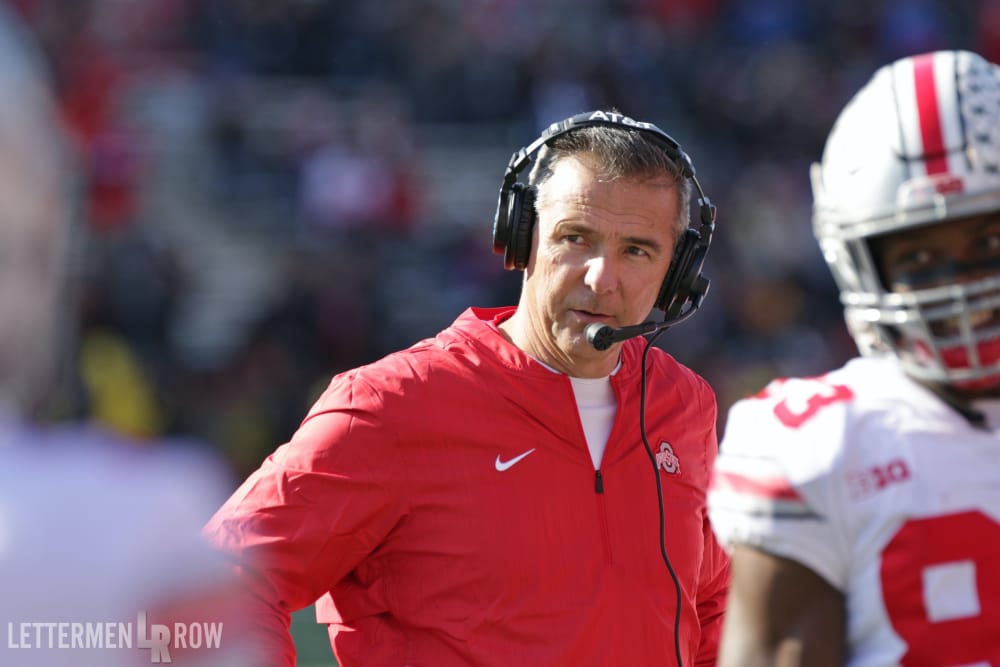 Ohio State coach Urban Meyer is undefeated as an underdog and against Michigan with the Buckeyes. (Birm/Lettermen Row)

The speculation, debate and conversations about Ohio State never end, and Lettermen Row is always ready to dive into the discussions. All week long, senior writer Austin Ward will field topics on Urban Meyer and the Buckeyes submitted by readers and break down anything that’s on the minds of the Best Damn Fans in the Land. Have a question that needs to be tackled, like the one today about Urban Meyer as an underdog? Send it in right here — and check back daily for the answers.

Game’s at home. Urban is undefeated against Michigan. Urban is 6-0 as the underdog. Star Linebacker is out. Can we control turnovers and line of scrimmage? Can Tate make and impact? Can we do this? 🙏🏻

The gift arrived straight from the Las Vegas desert on Sunday afternoon. Urban Meyer pretended like he didn’t receive it, but don’t be fooled: Ohio State is well aware that it’s the underdog this weekend in The Game against Michigan, and that information surely went straight up on the bulletin board.

Nobody is any better at pushing the right motivational buttons, playing the psychological game with his team and ensuring that his players deliver their absolute best when it absolutely matters the most. That perfect 6-0 mark in the rare instances when the Buckeyes aren’t favored proves that point perfectly — and it also just happens to match his record against Michigan, coincidentally.

“I don’t think I will [use that],” Meyer said. “I don’t usually go in those directions — but depends on what kind of team you’re dealing with.

Don’t fall for that. There’s no doubt Meyer will be using that as a rallying cry during the buildup to The Game, and he should also be sending a thank-you card to Karan Higdon after the Michigan running back guaranteed a victory on Monday. 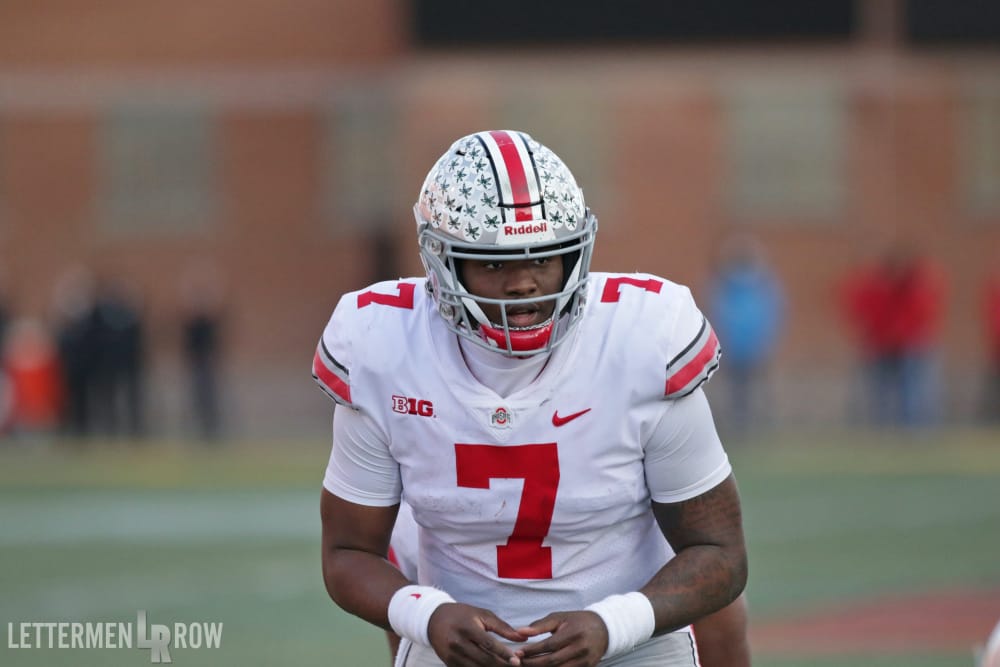 Dwayne Haskins is the Ohio State X-factor heading into The Game against Michigan. (Birm/Lettermen Row)

Beyond that, all of the usual factors that can be used to make a prediction here tend to point to the Buckeyes. In the coaching battle, Meyer has clearly had Jim Harbaugh’s number since he arrived back at his alma mater hailed as a savior. At quarterback, the edge definitively goes to Dwayne Haskins over Shea Patterson. And Ohio State also has the advantage of playing at home in the Horseshoe, giving it a clean sweep of three categories that more often than not decide these kinds of battles.

(Just for the record, Urban Meyer is now also a perfect 30-0 with the Buckeyes in games that have a noon kickoff, in case one more trend was needed to drive home that point.)

Look, there’s really no arguing that Michigan has generally been the more consistent team throughout the season and brings the best total defense in the country into the matchup on Saturday. But the Wolverines also aren’t exactly some unstoppable juggernaut, having had the same struggles with Indiana that Ohio State did, barely surviving against Northwestern — and posting a smaller margin of victory at Michigan State.

Maybe this is the year the streak ends. Perhaps Ohio State’s ups and downs will finally catch up to it. After at least a decade of waiting, maybe Michigan really is back as a national contender.

But betting against a motivated, underdog group of Buckeyes with Urban Meyer in charge? That’s usually a pretty bad idea.

BuckIQ: Can Ohio State fix defensive breakdowns in time for The Game?
Ohio State aware of Michigan guarantee: ‘Still got to strap up, come play’
Advertisement