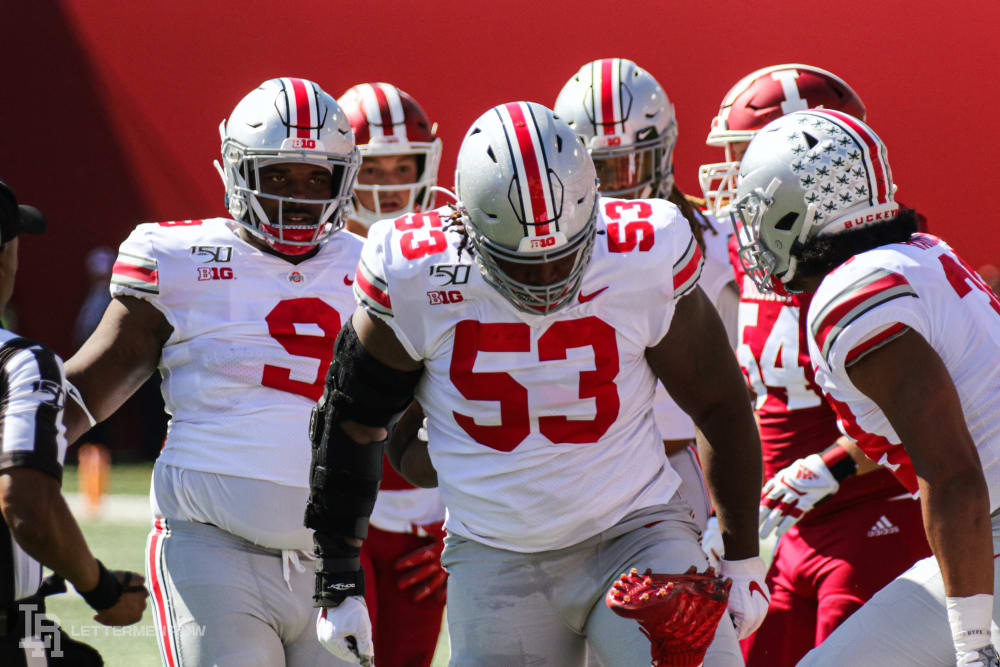 COLUMBUS — The surest signs that Ryan Day has the attention of Ohio State come after his press conferences.

When the coach isn’t around and the Buckeyes are still talking about all the work they have ahead of them, it becomes even more clear that this program has its sights set on the highest goal imaginable.

And if Ohio State is going to be national-championship contender in January, it knows it can’t let any chances to improve slip away in September.

That’s why Justin Fields kept harping on his footwork after the win over Indiana. It’s why Chase Young wanted to clean up a trick-play touchdown the Buckeyes allowed. And it’s why even a non-conference matchup against Miami (Ohio) in which Ohio State will again be a massive favorite will be treated just the same as any other game.

“As time goes on and you start to play other teams and we get into the thick of the Big Ten, those issues are going to come up,” Day said. “So, it’s our job to find them and get them addressed and really be critical of the players without creating resentment.

“That’s the key. The kids took the coaching, and we’ve got to keep building from here and find those issues.”

Where will the Buckeyes start this week ahead of the final game outside of Big Ten play in the regular season? Lettermen Row is kicking it off like usual with Five Questions for Ohio State.

Ohio State has already been a double-digit favorite in all three games, and it’s done everything necessary to prepare for a test and treat the opponent with respect — before pulling away for three easy victories. Miami (Ohio) should probably be little more than a scrimmage for the Buckeyes, but one of the tests for a contender is being able to handle business efficiently, effectively and without exposing the team to much risk of injury or upset. It will be tempting for Ohio State to start looking ahead to tougher challenges in the Big Ten, so Day will certainly be monitoring the motivation level throughout the week on the practice field.

Jonathon Cooper looked poised for a return last week, but that was again put on hold for the senior captain at Indiana. With really no incentive to rush the defensive end back before he is absolutely, 100-percent healthy, it’s possible the Buckeyes could rest him for one more game to have him ready for the road trip to Nebraska. There’s now some uncertainty with Tyreke Smith as well after he missed the entire second half for an undisclosed reason, and that also bears watching coming off his summer surgery for a groin injury. The Buckeyes will survive just fine against Miami without those two. But eventually the Buckeyes will need to have their full complement of pass-rushers available. 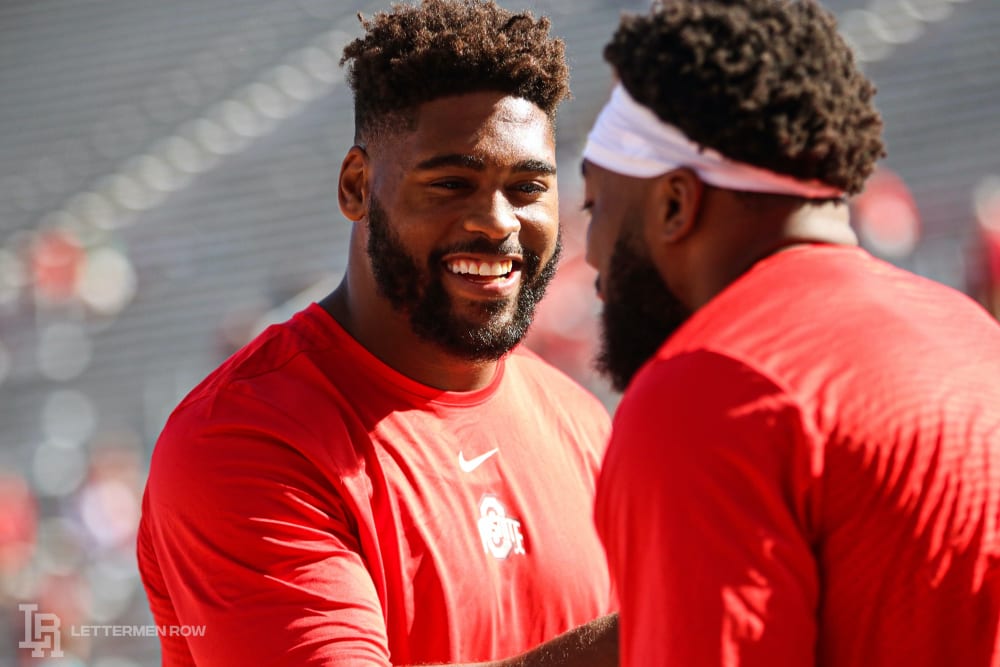 Ohio State defensive end Jonathon Cooper missed his third game to open the season thanks to an injury. (Birm/Lettermen Row)

What will Buckeyes emphasize with Justin Fields?

If Ohio State makes a list of priorities this week, getting Fields back on track after an uneven passing performance at Indiana will probably be near the top. The sophomore quarterback was still plenty effective against Indiana and added four more touchdowns accounted for to his growing resumé, but he missed on a number of throws that should have been completed and was quick to point to problems setting his feet. Assuming the Buckeyes elect not to let him run the football much, they’ll be calling some plays that allow him to work in the pocket, establish some rhythm and continue to get comfortable with his footwork.

Receptions aren’t the only way to measure the success of the tight ends in the Ohio State offense, but it’s definitely the most noticeable. So, after that breakout performance in the opener from Jeremy Ruckert, it’s at least stood out that none of the targets from that position have made any plays in the passing game since then. Luke Farrell still doesn’t have a catch through three games, and while that shouldn’t overshadow his value as a blocker, it feels like a weapon or two that Ohio State could really use to expand the attack is being kept under wraps. Maybe that won’t change this week, but in the long run, it feels like Ohio State would be better off getting the tight ends a few catches each week.

Day has already nailed the coach-speak approach to lopsided matchups, ignoring the talent disparity and heading into Saturdays expecting a four-quarter game. That’s what he should do, obviously. But in the back of his mind, he has to have a plan for how long he wants the first-team Buckeyes on the field considering the physical tests that are looming down the road. That conversation tends to focus on Fields considering the relative lack of depth at quarterback, and this might be a game where it’s better for the Buckeyes to just get him a productive half and then let Chris Chugunov and Gunnar Hoak battle for the backup role down the stretch.