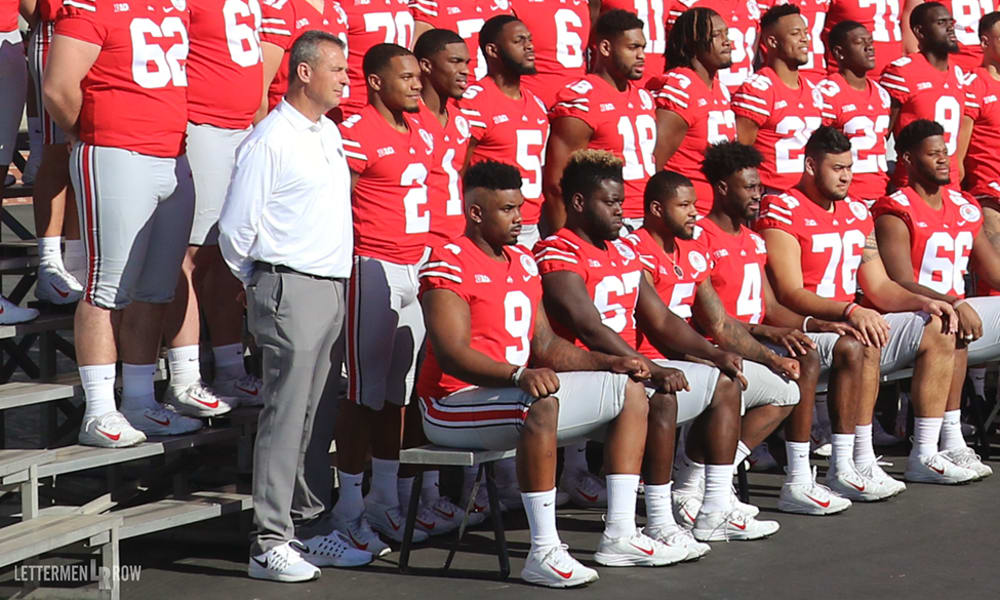 Ohio State coach Urban Meyer is preparing for his final game in charge at the Rose Bowl. (Birm/Lettermen Row)

PASADENA, Calif. — Urban Meyer isn’t ready to hand over the controls at Ohio State quite yet.

Sure, the Buckeyes coach has already ceremonial handed over the sticks to successor Ryan Day in a clever social-media post celebrating the recruiting class the program signed earlier this month. And he’s also embracing the opportunity ahead of him at the Rose Bowl knowing exactly when the end of his decorated coaching career is coming.

But the video was at least somewhat premature, since Meyer remains firmly in command heading into New Year’s Day with his legendary focus and intensity locked on Washington.

“The video thing? We thought it would be a good time to showcase our acting skills,” Meyer joked. “Our video guy came up and asked me, and at first I said, ‘I’m not doing that.’

“Then I started thinking about it, and he said he thought it would be really cool. So, we did it.”

The end product was a hit, and it adds even more intrigue to Meyer’s final game and the eventual passing of the torch to Day after the Rose Bowl.

What else is developing around the Buckeyes as kickoff draws closer? Lettermen Row kicks off the coverage of Ohio State media day on Sunday with What We Learned.

Ohio State quarterback Tate Martell believes he will be the next starter for the Buckeyes. (Birm/Lettermen Row)

Tate Martell remains as confident as ever

While the never-ending rumors about his future continue amid speculation that Ohio State is the leader to land Georgia transfer Justin Fields, Tate Martell isn’t backing down from his belief that he will be the program’s next starting quarterback. Martell also dismissed any suggestion that he would be transferring or unwilling to compete for the job heading into his third year with the Buckeyes, continuing to put his unshakeable confidence in himself on display after drawing a huge crowd of media attention for his first interview in months.

“I will [be the starter], I’m 100-percent sure on that,” Martell said. “I want to play for Ohio State. It’s been my dream since I was born to play for Ohio State, and I’m not just going to walk away from something that I’ve put so much time into and there’s not a chance that I won’t go out there and compete and fight for my job.”

The Buckeyes aren’t making a final decision on the status of left tackle Thayer Munford, but it appears to be increasingly unlikely that his nagging injuries will allow him to make the start against Washington. That will thrust Joshua Alabi into the lineup for a pressurized debut in the first-string rotation on a massive stage. But Ohio State has plenty of faith in Alabi, who turned a corner in the middle of the year in terms of his preparation and has been a valuable contributor off the bench — including a prominent role with Munford hurt for most of the shootout victory at Maryland late in the regular season.

“I’m very prepared,” Alabi said on Sunday. “The coaches have been on me pretty heavy throughout this whole process, so I thank them for that. I think I’m very prepared. I’m just trying to make the most of it.”

Ohio State is planning on Josh Myers becoming the next center for the Buckeyes.

Transition at center coming for Buckeyes

Regardless of whether Michael Jordan sticks around or heads for the NFL, Ohio State is going to have a new center for the fourth consecutive season. As the Buckeyes build for the future, the plan heading into spring ball will be for Josh Myers to have the first opportunity to claim the first-team job in the middle of the offensive line — with Jordan either sliding back to guard or moving on to the next level. At this point, there’s increasing confidence among Ohio State insiders that Jordan will return, which would provide a boost to the depth up front as well as give the unit a returning All-American as Myers grows into his

“It feels amazing, because I’ve put so much work into this and spent an incredible amount of time working on it,” Myers said. “I also understand that it doesn’t mean it’s going to be given to me. That’s not a thing here — you have to work for it, you have to earn it. We have incredible guys on our offensive line, and I’m going to have to beat some guys out.”

The next wave is coming for the Rushmen. And even with the Buckeyes set to lose defensive tackle Dre’Mont Jones to the NFL Draft, the position might have the potential to become stronger moving forward with freshmen Tommy Togiai and Taron Vincent turning heads during bowl practice. Ohio State will also have Robert Landers and Davon Hamilton back on the interior, which should allow position coach Larry Johnson to rotate freely without missing a beat.

“Besides the numbers, watching them play and seeing the plays they’ve made has been really outstanding,” Johnson said. “Maybe it’s overshadowed by the guys in front of them, but I couldn’t be more excited for the future and where we’re heading with those guys.” 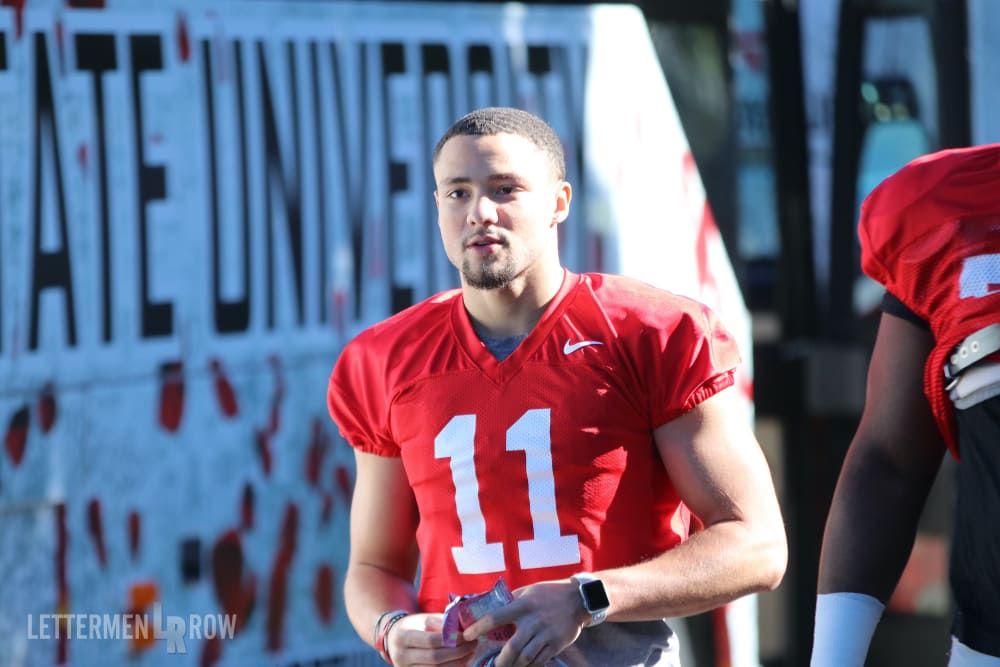 Three captains are going to be walking out of the meeting room, and a fourth wide receiver in K.J. Hill might join them by declaring early for the NFL Draft. After years of changing the culture for the position, Johnnie Dixon, Parris Campbell and Terry McLaurin are about to hand off the responsibility to lead and continue the tradition — with Austin Mack the likely heir to the throne. After an up-and-down season that included early troubles with drops and ended prematurely with a broken foot in October, Mack has been rehabbing on the side at practice in California and working to get back to the level that had him projected to be the team’s best all-around wideout.

“I think he was OK, but in the end, when the going is easy, it’s easy, right?” wide receiver coach Brian Hartline. “To me, real leaders, really good players, real men handle adversity well. That’s what separates them, and I think Austin has done a really good job with that. I think he’s moved forward, I’m not really concerned about any kind of woes he’s had — I think he’s going to be great. Right now he’s focused on getting healthy and getting ready to attack 2019 with the right mindset.”