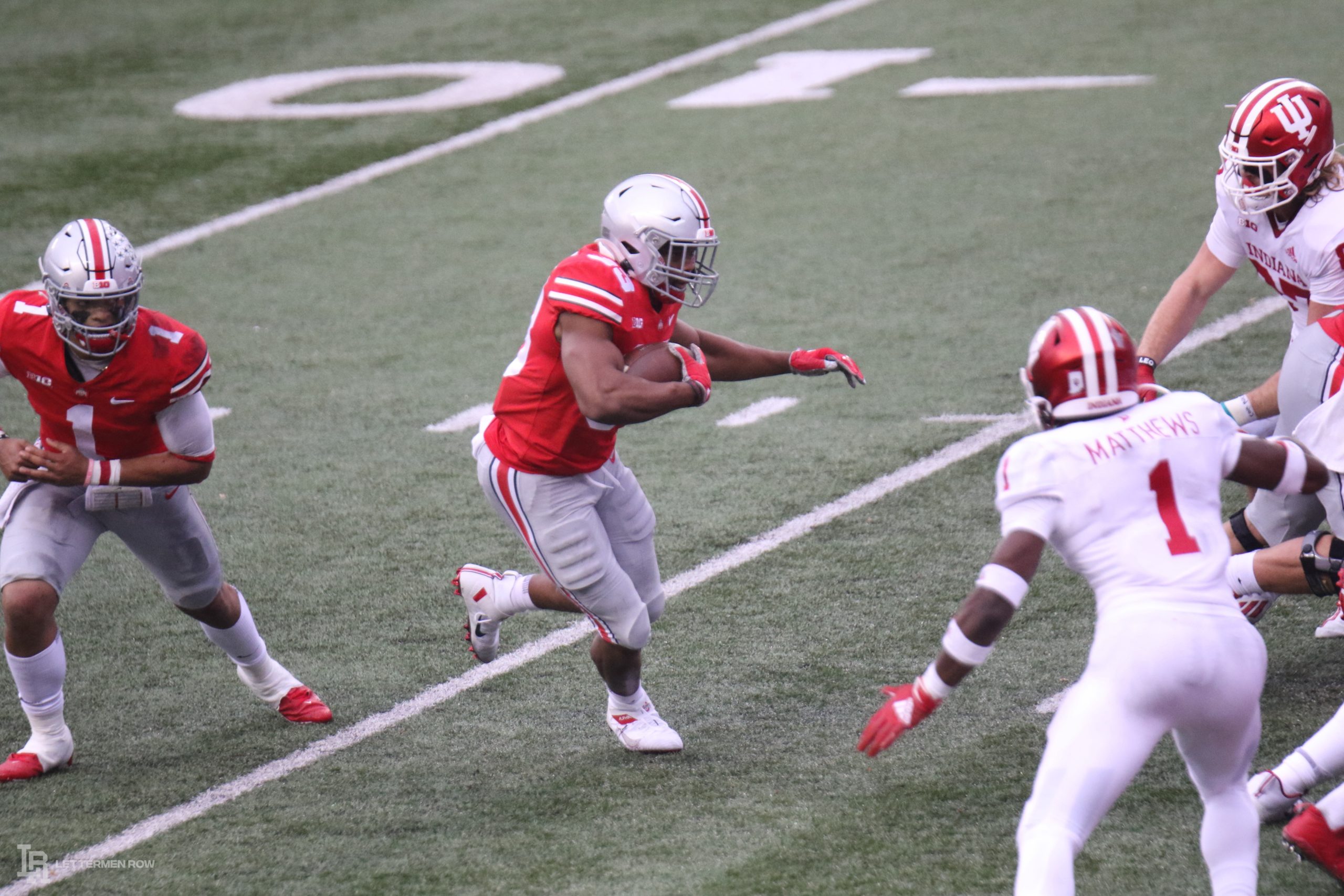 COLUMBUS — If the late Johnny Cash had been in the vicinity of Ohio Stadium on Saturday when Master Teague III started left behind a wall of Ohio State blockers in the second quarter, there’s no doubt what the singer would have crooned.

I hear the train a comin’,

It’s rollin’ ‘round the bend

It was a stretch play with all hands on deck. The entire nine-man front surged left like a scarlet wave for the Buckeyes. Teague rode the curl, saw a break in the Indiana resistance and, powered by the rip current, sprinted through untouched, jetting away on a 41-yard touchdown run.

To say the least, it was breathtaking for all involved, especially Teague. He didn’t simply plunge through a hole, he shifted into passing gear and ran off. It was a like a flashback to some of his highlights when he was a highly sought back at Blackman High School in Murfreesboro, Tenn., way back when.

“It feels great,” Teague said. “That [burst] is one part of my game that I do have.” 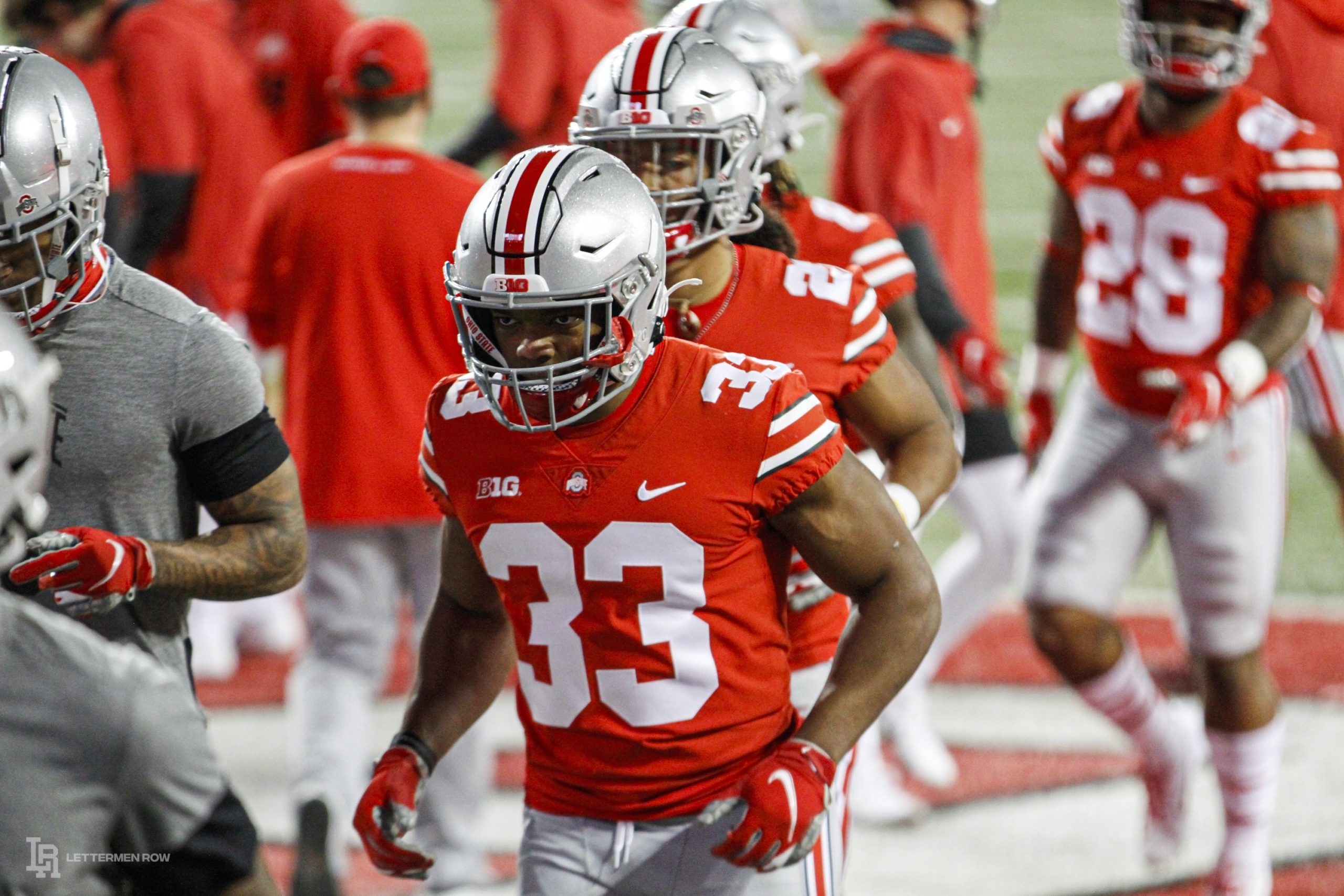 The breakaway? He has surely heard the analysts cite the Ohio State offense for having one of the greater passing attacks in the nation this season but little more than a serviceable running game, what with the departure of school record-setting 2,000-yard back J.K. Dobbins to the NFL.

One part that seemed missing was the ability to take it to the house on any given play, at least once a back was launched to the second level by the offensive line. Neither Teague nor Trey Sermon, the much-publicized transfer from Oklahoma, had shown it in the first three games, Teague coming off an achilles injury in the spring, Sermon coming off knee surgery last fall.

But once Teague broke free on that 41-yarder against Indiana, there was no catching him.

“I have that capability, a home run hitter, but I just hadn’t been able to do that yet,” the third-year sophomore said. “I was glad I was able to do that [Saturday], and continue to do even more. And give out a shout to the offensive line, they did a great job blocking on that play.”

In the mixed bag review of the No. 3 Buckeyes’ 42-35 win over previously unbeaten and No. 9 Indiana, the way Ohio State took a 35-7 lead early in the third quarter only to see the offense never score again — a pick six by Shaun Wade being the ultimate difference in the victory — almost lost was the way Ohio State found its running game.

Which is funny, since the Buckeyes had been averaging just over 200 yards per game rushing already, but the pop wasn’t there. But against Indiana, Teague ran for 169 yards on 26 carries – both career highs — and scored two touchdowns, quarterback Justin Fields  for 101 yards and a score, and Trey Sermon added 60 yards on nine carries.

That was 307 yards overall, an average of 6.1 on the 50 carrries. By any measure against any opponent, that’s pretty darn good.

“It’s definitely, I think, improving every week,” Teague said. “The offensive line did a great job. We had a hard week of practice, running hard, running behind our pads, blocking.

“So right now, overall, I feel good about it. Of course we’ll go back to the film, see little nuances we can assess and get fixed and work on. But overall I feel good.”

It remains to be seen whether the coaches will lean on Teague at Illinois at noon on Saturday like they did last week, but there was no doubt he improved with the added carries.

Five Buckeyes who helped their cause in top-10 win over Indiana
Evaluating best, worst of another meaningful Buckeyes win
Advertisement
Advertisement