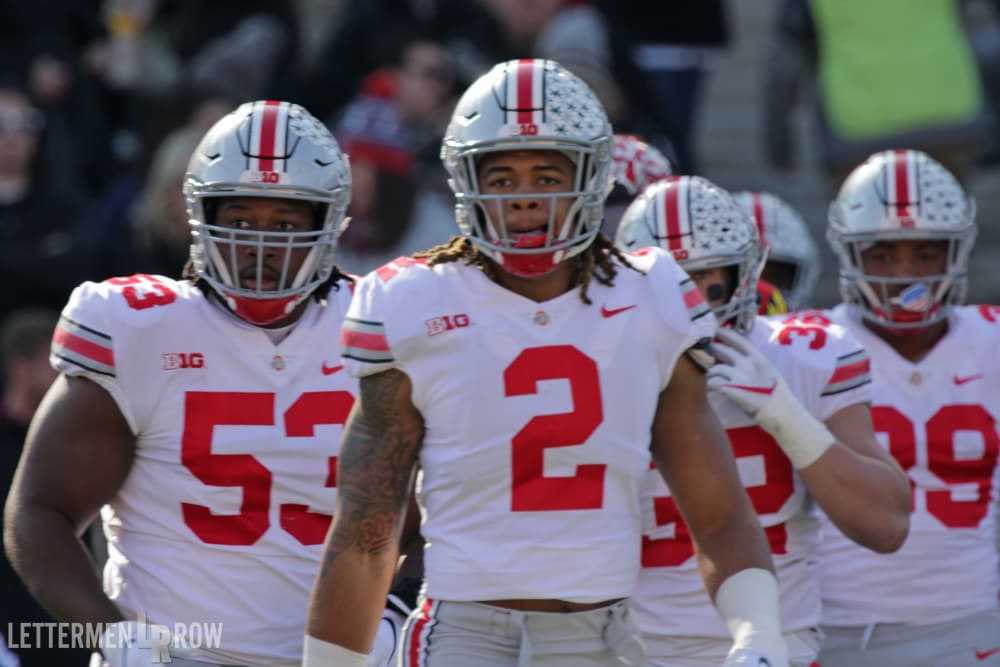 Ohio State is still in position to potentially win the Big Ten after surviving at Maryland. (Birm/Lettermen Row)

One week the offense can’t find a way to score, the next it’s almost unstoppable. A defense that is capable of shutting one opponent out of the end zone entirely can show up against the next one and look like it has no idea how to make a tackle or what it’s even supposed to be doing. Even from one quarter to the next, these Buckeyes remain wildly unpredictable in every phase of the game.

So, anything is on the table heading into The Game. If there’s a lesson to be learned from Ohio State’s roller-coaster ride at Maryland that finally ended with a 52-51 overtime decision, it might just be that it remains a team with no consistent, defined identity.

That might make it one of the most terrifying teams in the country — both for opponents and its own coach.

“Very fortunate to get out of there with a win,” Ohio State coach Urban Meyer said. “Just a phenomenal effort on offense. On defense, to give up those kinds of yards is very alarming, especially after I thought we had a great week of practice. Regardless, we won our tenth game and we’re getting ready for our rival next.

“Alarming is the right word. But we won, and let’s go back to work and get ready for the next one.”

The Buckeyes are more than capable of winning it. They’re also susceptible to tripping over their own feet and getting embarrassed by a team that will have watched what happened Saturday at Maryland Stadium and could believe that it’s finally time for Michigan to snap its losing skid in the rivalry. 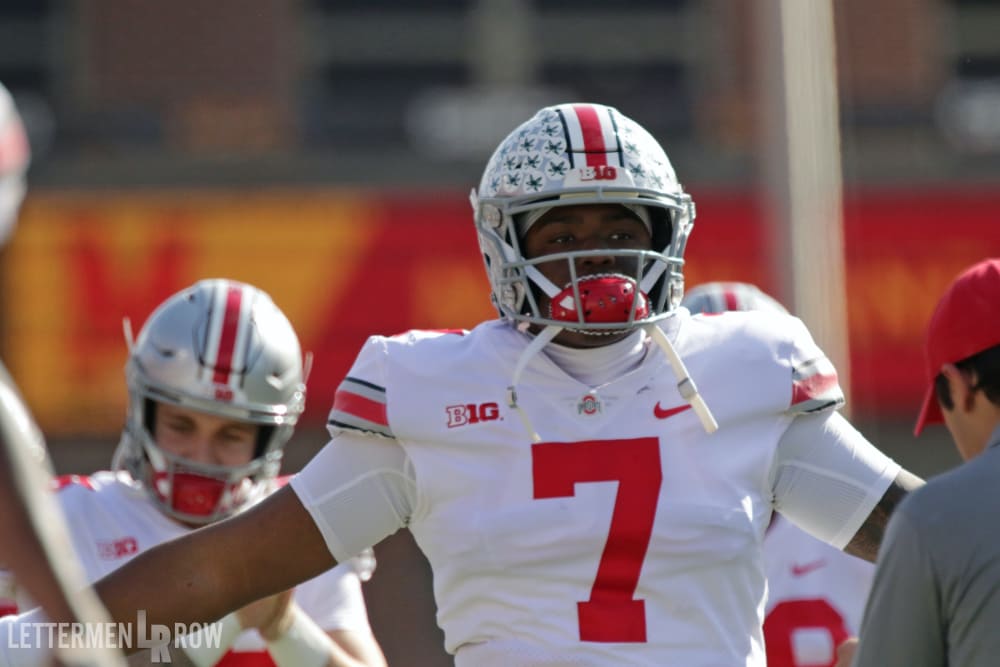 At their best, few offenses anywhere can match the firepower and diversity of the Ohio State attack, and the arm of Dwayne Haskins presents a challenge even for the best defenses in the country. When the Buckeyes are rolling on defense, they can create turnovers, rack up tackles for loss and bring suffocating pressure from the front. And on special teams, it has a game-changing weapon at punter and a new toy to play with in the kickoff-return game thanks to the emergence of Demario McCall.

But when the Buckeyes aren’t tapping into their immense potential? My goodness, it can get ugly in a hurry.

The red-zone offense remains a work in progress at times and the line continues to be a glaring weakness. The rush defense was downright abysmal as Maryland racked up 339 yards and five touchdowns on the ground, continuing a trend that dates back to the opening week of the season. And just for good measure, Ohio State let the first Maryland kickoff of the day hit the turf and coughed up possession right off the bat.

And it might seem pretty obvious at this point, but there’s a version of the Buckeyes that is capable of beating Michigan, winning the Big Ten and potentially sneaking into the College Football Playoff. And then there’s the one that went to overtime with Maryland.

“Oh, that just motivates us,” defensive end Chase Young said. “To practice for each other, play for each other, and that’s just going to motivate us for the Michigan game. 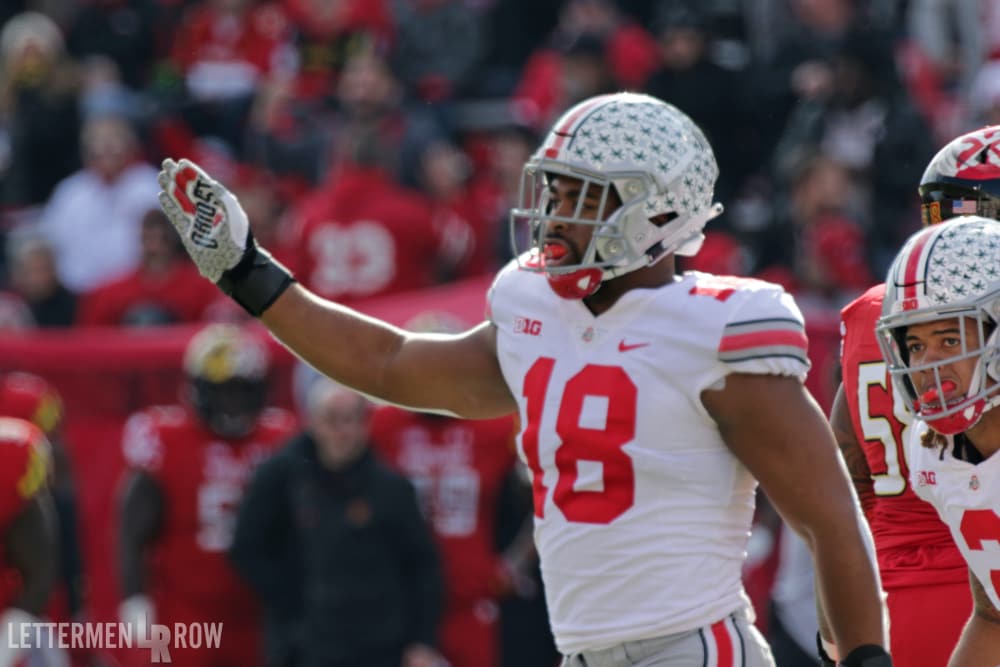 Ohio State and defensive end Jonathon Cooper are looking ahead to The Game. (Birm/Lettermen Row)

The Buckeyes deserve some credit for their resiliency. They definitely never backed down despite a lot of adversity. And there is always value to be found from winning on the road in the Big Ten.

But Ohio State might just be the most puzzling, befuddling, schizophrenic 10-win team in the country. What will the Buckeyes do next Saturday? There’s not a crystal ball in the world that could make that prediction with any confidence.

“We just need to refocus and get ready for next week,” defensive tackle Davon Hamilton said. “It’s different. We know what we’re walking into.

“I don’t think we’re going to play like that next week.”

If they do, chances are the Buckeyes are finally going to run out of good luck.