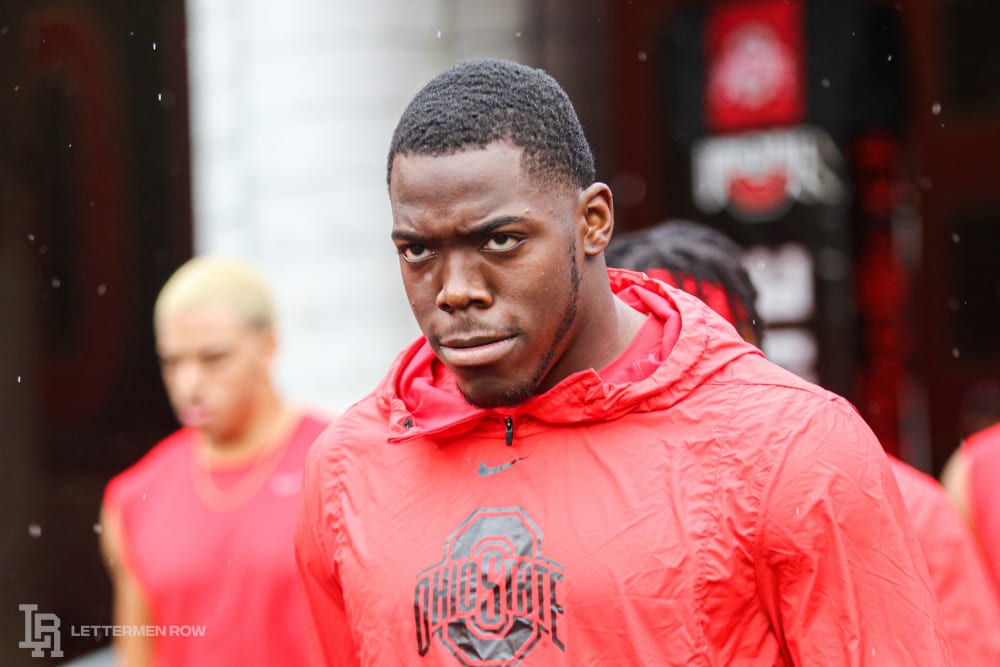 Ohio State defensive end Zach Harrison will get a chance to shine against Maryland. (Birm/Lettermen Row)

The speculation, debate and conversations about Ohio State never end, and Lettermen Row is always ready to dive into the discussions. All week long, senior writer Austin Ward will field topics about the Buckeyes submitted by readers and break down anything that’s on the minds of the Best Damn Fans in the Land. Have a question that needs to be tackled, like the one today about the Ohio State and the Maryland prediction? Send it in right here — and check back daily for the answers.

Ohio State is a massive favorite over Maryland. (BetDSI/Courtesy)

Next Man Up. Brotherhood. Tough Love.

Those are only slogans, and they aren’t even necessarily all unique to Ohio State. If any team can use them, then, it’s up to the Buckeyes to prove why those mantras actually embody the culture of their program, putting them into action and making it clear that’s how they truly operate.

Nobody is going to confuse Maryland with a real challenge for the top-ranked team in the country. Next week is going to be little more than a scrimmage for the Buckeyes at Rutgers. But on the off chance that Chase Young isn’t able to return for Penn State, right now is a prime opportunity for Ohio State to prove that it’s more than just a one-man show.

Anybody who has watched the Buckeyes so far this season is already aware that’s the case, even on defense. The dominance of Young steals the spotlight, of course. But watch the way all 11 Silver Bullets fire to the football, and it suggests a complete team that is fully invested in winning.

Watch the way Justin Fields, J.K. Dobbins and Master Teague share the workload in the backfield on offense. Or the willingness of the tight ends to block alongside a powerful offensive line. Or the way the wide receivers rotate without complaining about their targets. 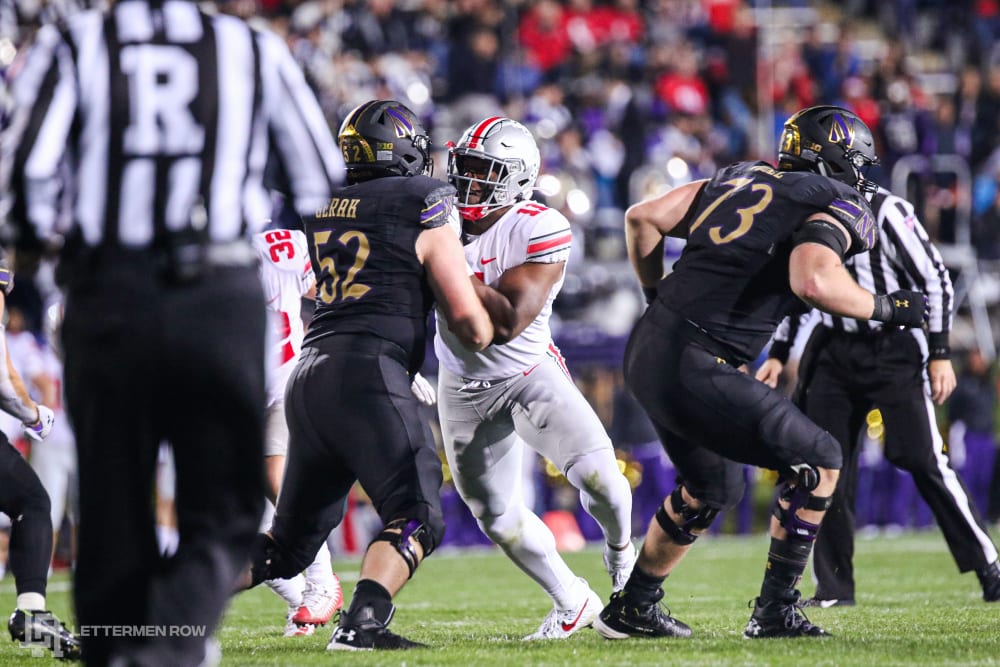 Ohio State defensive end Tyreke Smith has been pushing to get healthy and rolling for the Buckeyes. (Birm/Lettermen Row)

Ohio State has shown every indication of being a special team. And while a suspension to the best player on the roster isn’t exactly the kind of test for that bond that any Buckeyes would want, there’s no sense in talking about the Next Man Up unless that guy is really capable of playing Young’s position.

Nobody can reasonably expect Tyreke Smith to make an overnight leap into the primary pass-rushing role he’s destined for at Ohio State, and it’s too early for Zach Harrison to really be developing into an every-down player as a true freshmen. But those are two guys who get the chance at least against Maryland to show that the Buckeyes can count on them, because the Big Ten race and the hunt for the College Football Playoff don’t stop just because Young has an NCAA appeal keeping him off the field.

The Buckeyes are extremely unlikely to be challenged by Maryland at the Horseshoe, and not having Chase Young for the matchup doesn’t change that. What it might do, though, is motivate Ohio State to make up for his absence — and that could be even worse news for the Terrapins.