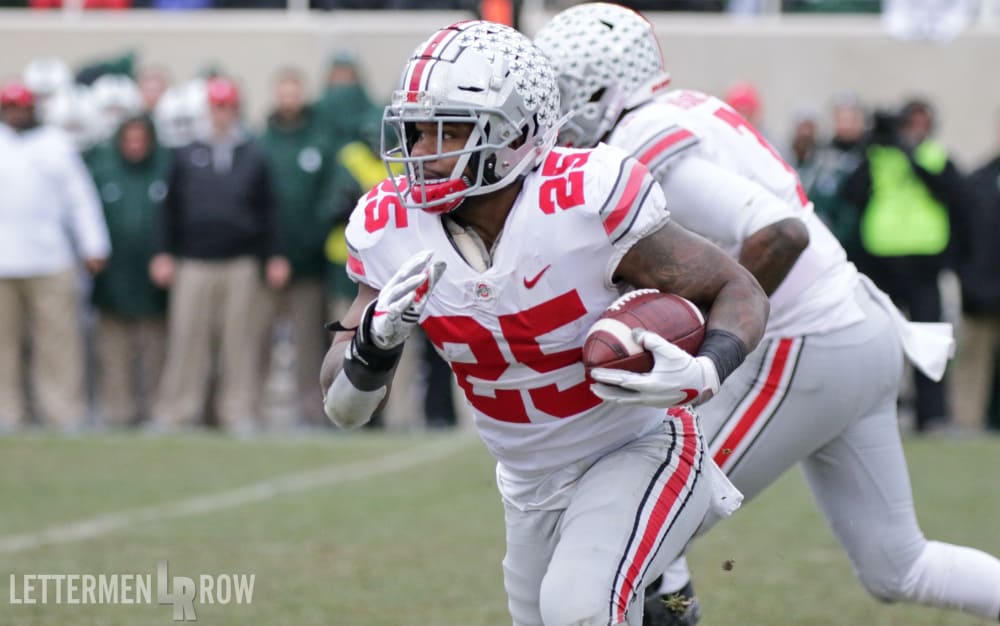 Ohio State and running back Mike Weber are looking to stay on a roll. (Birm/Lettermen Row)

The speculation, debate and conversations about Ohio State never end, and Lettermen Row is always ready to dive into the discussions. All week long, senior writer Austin Ward will field topics on Urban Meyer and the Buckeyes submitted by readers and break down anything that’s on the minds of the Best Damn Fans in the Land. Have a question that needs to be tackled, like the one today about the trip to Maryland for the Buckeyes? Send it in right here — and check back daily for the answers.

Could this be the game where they play a complete game as a whole?

This is it for Ohio State in terms of tuneups, experiments or opportunities to impress the selection committee against opponents it is expected to beat easily. It’s also a relatively decent test against a division foe on the road and against a squad that is capable of pulling off upsets — especially against Texas.

That should pretty clearly rule this one out as a trap game for the Buckeyes.

So what does that make it for Ohio State? The trip to Maryland can both be considered something of a test and a testing ground. It’s a huge opportunity to solidify a position in the championship race while also making sure all the parts are in working order ahead of The Game.

The Buckeyes could obviously use a confidence-building, four-quarter effort to generate a bit more momentum heading into Michigan Week. And there are signs that it might be on the verge of happening, from the seriousness with which Ohio State has talked about Maryland to the effort on the practice field and the game adjustments that have shown up in the last two wins. The Buckeyes have all arrows pointing in the right direction, and the timing could hardly be any better for them to be playing their best. 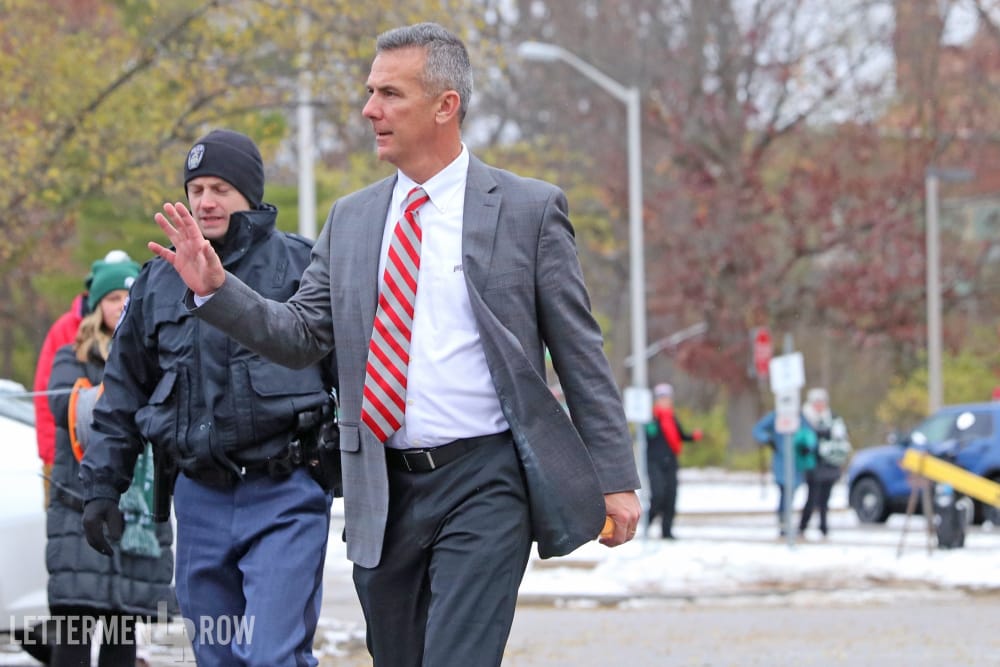 “It’s just so much to work on right now,” Ohio State coach Urban Meyer said. “But I know they enjoyed [the victory meal after Michigan State]. And we always talk about elite warriors. They celebrated a mission accomplished within reason and within time. And then they wait for the next assignment.

“They received their next assignment. And they have moved on.”

Now, there are plenty of potential distractions in front of them before checking the next item off their list. The fact that the most heated rivalry in college football is a week away is always going to be in the back of the minds of the Buckeyes. On Tuesday they had to deal with the widely-rejected allegations of racially-charged language by former wide receivers coach Zach Smith. And Ohio State also has the College Football Playoff rankings hanging over its head, which could get it a bit worked up if it took any time to wonder what it would take to get more love after beating a ranked opponent by 20 points on the road and in the cold.

But if the Buckeyes can use all of that as galvanizing motivation and if the on-field improvements over the last couple weeks are legitimate, they’ll have every opportunity to get rolling again and look like the threat to win the national championship they’ve expected to be all season.

Is this the week everything all comes together? It doesn’t exactly have to be, since The Game is when it really must happen. But Urban Meyer obviously won’t complain if he sees it show up at Maryland.