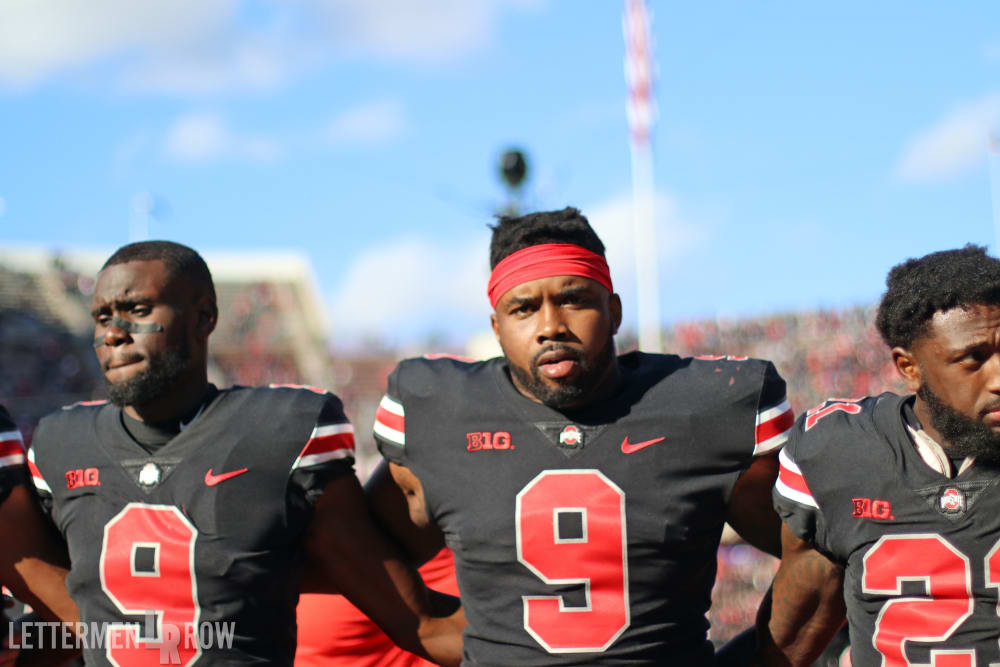 Ohio State will have a kickoff in daylight at Maryland. (Birm/Lettermen Row)

The chances of taking on Maryland at night were probably never all that high. But given the way broadcast networks have clamored to get the Buckeyes in that viewership window and the regularity with which they’ve had to play under the lights away from home, it was fair for the program to have at least some concern about it even in November.

But those fears can be set aside, even if Ohio State doesn’t know exactly when kickoff will be against Maryland on Nov. 17. The Big Ten and its partners are using another six-day window before finalizing the schedule for the penultimate week of the regular season, leaving the option for either a noon or 3:30 p.m. start — but ruling out a primetime game.

The Buckeyes will find out the start time after playing Michigan State this weekend, a critical Big Ten East Division matchup that was confirmed for a noon kickoff by the league on Sunday.

Just in from the Big Ten: The TV networks have chosen to use the 2nd of their allotted six-day selections for the games of Nov. 17. Times and network designations for these games will be distributed late Saturday or early Sunday morning. No games will be selected for prime time.

Ohio State improved to 8-1 with a narrow victory over Nebraska on Saturday at the Horseshoe. Ranked No. 10 in the initial College Football Playoff poll, the Buckeyes remain in position to make a run at defending the Big Ten championship if it can win the final three games of the regular season. The visit to Maryland is sandwiched between the difficult road test against the Spartans and the massive rivalry showdown against Michigan on Nov. 24 — a game that is already set for a noon kickoff.