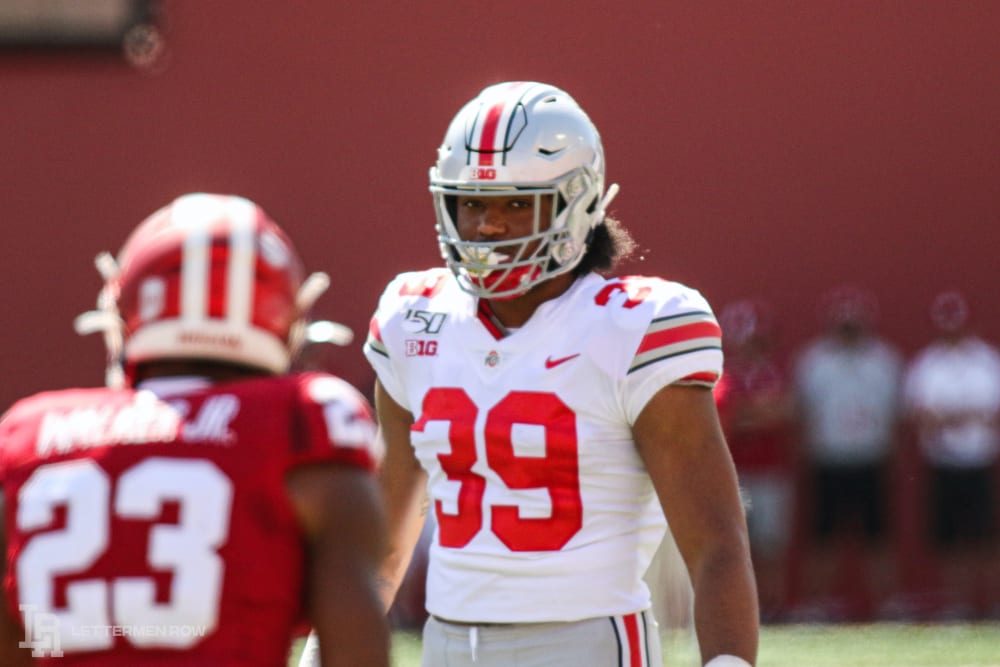 Ohio State linebacker Malik Harrison is one of the most productive players in the country with tackles for loss. (Birm/Lettermen Row)

COLUMBUS — The leap has been made by Malik Harrison, and eventually the Ohio State linebacker is going to be impossible to ignore around the country.

It’s still early, so it’s certainly understandable that it could take some time for awards hype or NFL Draft buzz to catch up given how quickly and dramatically Harrison has found the next level with his game. After struggling with consistency over the last couple seasons like the rest of the Ohio State linebackers, it makes sense that outside observers might want to see the sample size grow before heaping praise on him.

But the athleticism Harrison brings to the Buckeyes has never been a secret. And now that he’s finally tapping into that immense potential, the conversation about his place in the national landscape should be bound to change as well at the pace he’s on after electing to come back to the program for one more season.

“Well, I think Malik has a chance to be one of the best in the country,” Ohio State linebackers coach Al Washington said. “And I’ll tell him that. I’m not a guy [to withhold praise], and I’m honest. I think he has the ability — but you have to exercise that ability every day.

“If he’s under the radar, I really can’t speak to that. I do know that every game he’s in there he’s got to make his play speak for itself. … Really it comes down to effort, and he’s given great effort. I think if he does that, everything else will take care of itself.”

The results are already coming for Harrison, and he’s heading into Saturday’s non-conference tuneup against Miami (Ohio) ranked No. 7 in the nation with six tackles for loss. That number is perhaps even more impressive considering the blowouts the Buckeyes have played and the way they like to rotate linebackers — although Harrison certainly makes it tougher for Washington to think about pulling him off the field.

If the senior is just scratching the surface of his upside and his playing time, though, it’s hard to imagine he could fly under the radar for much longer.

“Me and [Washington] have had numerous conversations like that,” Harrison said after practice on Wednesday. “I just listen to him every day and try to get better.

“That means a lot to me. I made the comment last year at the Rose Bowl that I felt like I could be that. And with Washington bringing out more confidence in me and saying that he believes in me and the work ethic that I bring out here to practice — he sees that potential in me. I just have to go out and produce.”

So far, Malik Harrison is giving Ohio State just about everything it could ask for at linebacker. And he’s playing his way right into the conversation among the best in the nation in that position.

Malik Harrison was one of a handful of Buckeyes who met with the media after practice at the Woody Hayes Athletic Center on Wednesday evening. Full video interviews are available here and on the Lettermen Row YouTube channel.