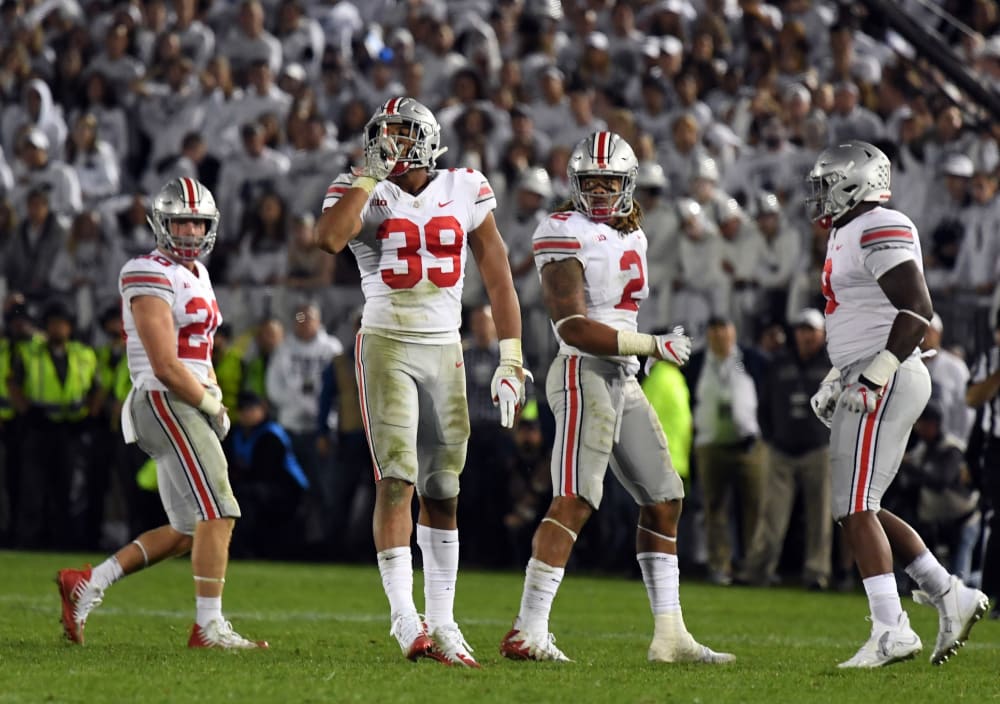 The speculation, debate and conversations about Ohio State never end, and Lettermen Row is always ready to dive into the discussions. All week long, senior writer Austin Ward will field topics on the Buckeyes submitted by readers and break down anything that’s on the minds of the Best Damn Fans in the Land. Have a question that needs to be tackled, like the one today on the linebackers? Send it in right here — and check back daily for the answers.

At what point do we wonder if the linebacker play is them not playing up to their abilities or a result of a coaches loyalty to a linebacker coach that just isn’t coaching up to his?

There has been understandable, justifiable reason for concern about the Ohio State linebackers early in the season, but it’s probably safe to pull the finger away from the panic button now. Last weekend on the road against the nation’s highest-scoring offense, that unit unquestionably took a step forward for the Buckeyes and easily delivered their best performance of the year when it was absolutely necessary.

In the process, the Silver Bullets offered a clear reminder of just how high the ceiling is with guys like Malik Harrison, Tuf Borland and Pete Werner leading the way.

Were the Buckeyes perfect defensively? Certainly not, particularly when it comes to allowing yet another touchdown that nearly spanned the entire length of the field.

There was some hand-wringing about the yardage given up to Penn State quarterback Trace McSorley — but he’s also one of the most gifted players in the country and does that to plenty of defenses. And in some respects, Ohio State was faced with a choice about which weapon to stop. It ultimately bottled up running back Miles Sanders, holding him to 2.7 yards per carry and stuffing him for a loss on the game-clinching play in the fourth quarter.

The linebackers were also a major factor in making the plays needed to stay unbeaten and take control of the Big Ten race. Honestly, Urban Meyer probably would have liked his chances of winning if he knew the Nittany Lions were going to be held to 26 points going into the game.

“We all graded out champion, we just did a great job all around, did a lot better tackling and focusing on our job,” Werner said. “I think we did [need that validation], especially from the games in the past not really performing the best we could. Having a game like that kind of lets us step through, break through that barrier — especially in a big game like Penn State, playing in Happy Valley. 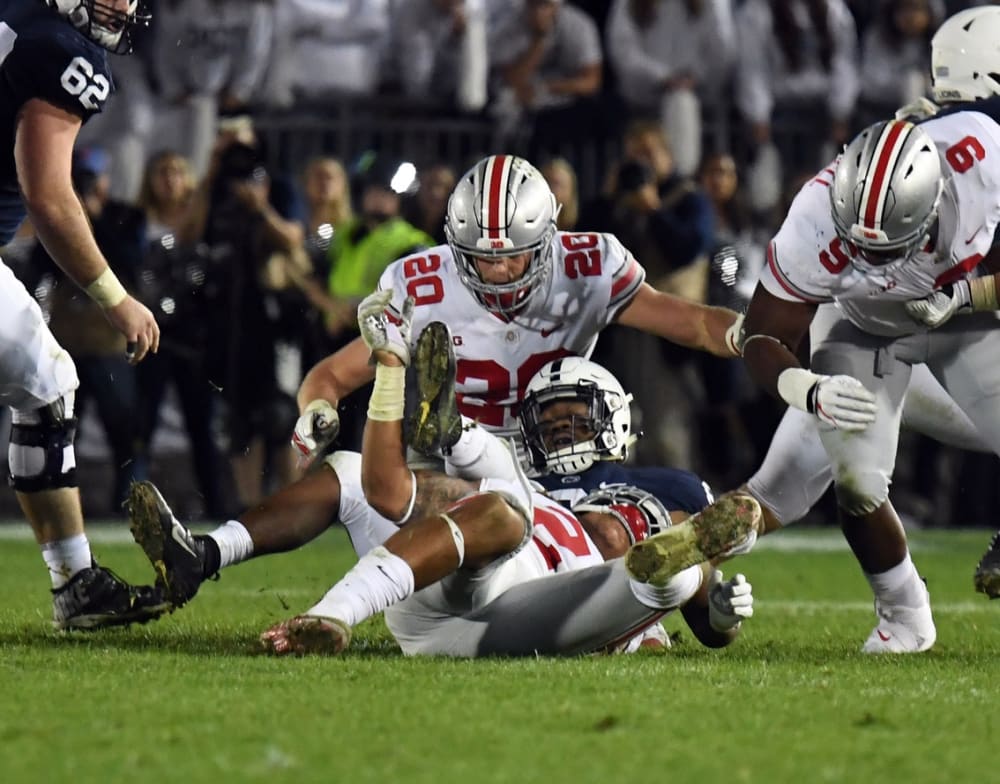 There are still more to be made, of course. But that’s not a reason for concern. Given the evidence that improvement is coming as the season progresses, it’s a positive sign for the Buckeyes that there is still room to develop.

Harrison paced the Buckeyes with 8 tackles, assisting on one that went for a loss. Borland matched that total and delivered a momentum-shifting forced fumble. Werner rounded out the effort with solid play that included 5 tackles and a tackle for loss as well. For all three, that’s much more like what is expected from a program with such a strong tradition at linebacker.

Ohio State certainly can’t afford to get complacent, and it’s also aware that it can’t keep getting burned for all those record-setting touchdowns when the competition level goes up and championships are on the line. But the Buckeyes are on the right track, and it’s just a matter of time before their full potential is realized.

“This team, there is a tremendous ceiling on this,” Meyer said. “And we haven’t got close to it.”

Maybe the linebackers lagged behind the other units early. But as they get up to speed, the Buckeyes are only going to become more dangerous moving forward.