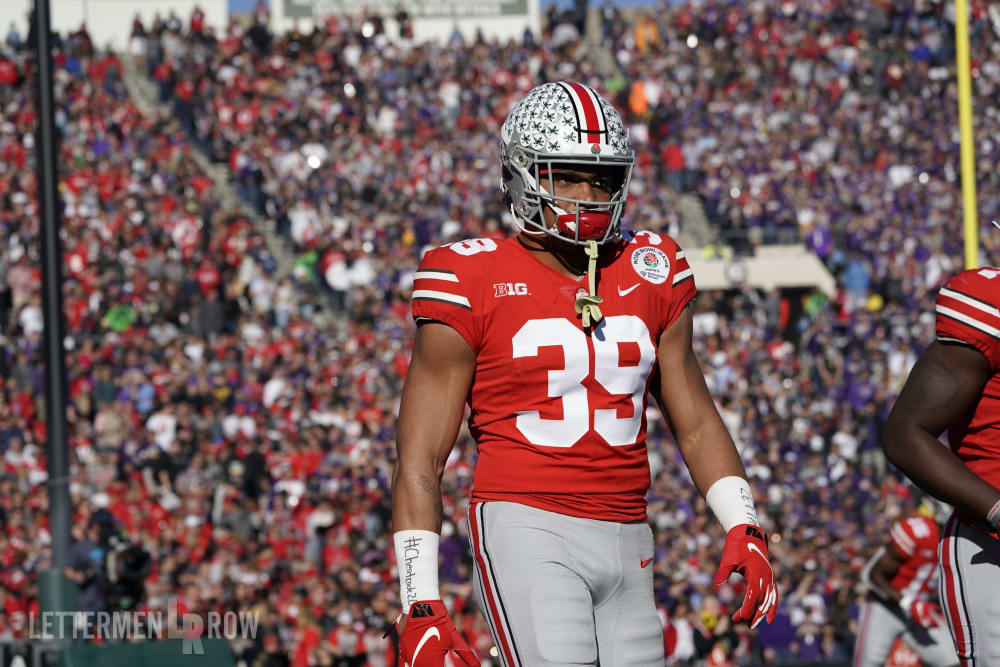 Ohio State linebacker Malik Harrison could be one of the most important Buckeyes this season. (Birm/Lettermen Row)

The speculation, debate and conversations about Ohio State never end, and Lettermen Row is always ready to dive into the discussions. All week long, senior writer Austin Ward will field topics about the Buckeyes submitted by readers and break down anything that’s on the minds of the Best Damn Fans in the Land. Have a question that needs to be tackled, like the one today about the comfort level at linebacker for Ohio State? Send it in right here — and check back daily for the answers.

If you had a special Austin's Magic 8 Ball; which position group with current question marks would it reveal as looking the most comfortable & clicking first? by which game on the schedule do you see that happening? Linebackers, Offensive Line, Quarterback?

The struggles have been well documented, there is a bit of uncertainty when it comes to how exactly the personnel will be deployed and it’s possible that the changes to the scheme at Ohio State may take time.

But it doesn’t feel like going out on too much of a limb to suggest that the linebacker for the Buckeyes might develop into one of the most productive units on the team. And it might not even take that long, even with new position coach Al Washington facing some tough depth-chart decisions and maybe even experimenting with the lineup into the first few weeks of the season.

Picking from that group of position options heading into training camp, the linebackers seem like the clear favorite from here thanks to the abundance of experience Ohio State has returning. The quarterbacks and offensive line both have undeniable upside and should wind up being quite good for the program, but there could be some growing pains early that might not be as severe for the linebackers — or necessary at all. 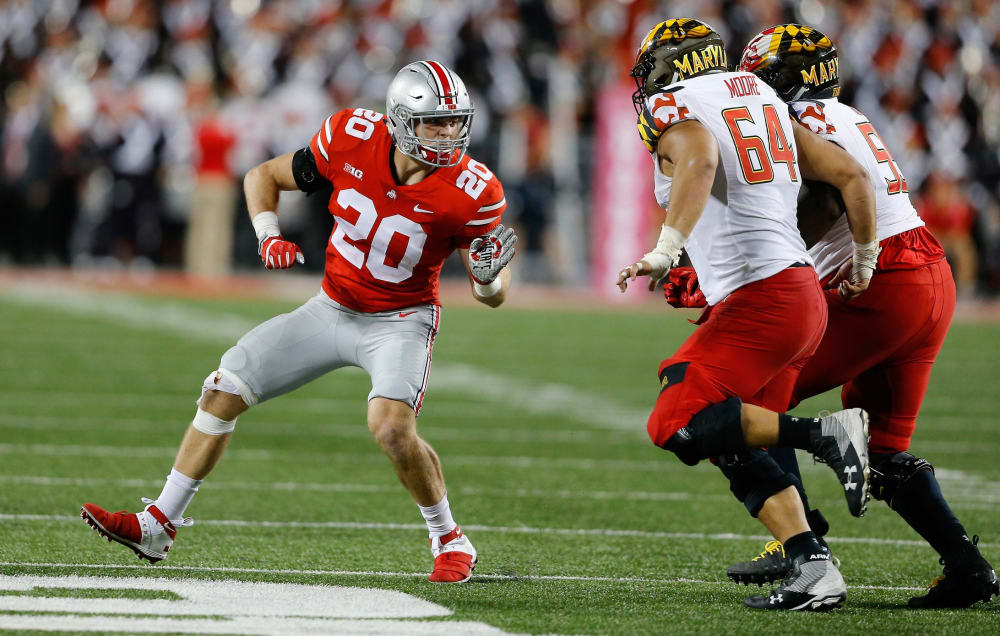 Ohio State linebacker Pete Werner will be part of the bounce-back effort for the Buckeyes. (Joseph Maiorana/Imagn)

Justin Fields has incredible potential at quarterback, but he’s inexperienced and might not be truly comfortable until the midway point of the season. And there’s not exactly much veteran help behind him with Gunnar Hoak likely emerging as the backup and Chris Chugunov having only played sparingly during his career.

Thayer Munford is also a great building block for the Buckeyes at left tackle, and every other eventual starter would appear to have All-Big Ten ability up front. But it’s still a tall order to break in four new full-time starters, and that chemistry could need a few weeks to develop.

That shouldn’t be the case with the Silver Bullets, who have all three starters returning and young guys pushing for action at every spot behind them. The return of Malik Harrison for another year instead of jumping to the NFL is obviously significant, and Ohio State is going to rely on his off-the-charts athleticism plenty. And whether or not Pete Werner gets to play as big of a role again this season or Tuf Borland is able to maintain his hold on the starting spot at middle linebacker, simply having both of those guys who have been through the battles in the Big Ten around is meaningful.

It’s no guarantee, of course, that the linebackers are going to bounce back instantly as Ohio State resumes installing its new system when training camp opens on Friday. After all, the Buckeyes haven’t been lacking in talent for the last two seasons and still had major issues, so there’s pressure on Washington and co-defensive coordinators Greg Mattison and Jeff Hafley to deliver as well. It’s imperative that the Buckeyes get on the same page defensively and find the right spots for everybody at linebacker, and guys like Teradja Mitchell, Baron Browning and Dallas Gant could make that more challenging.

That’s a good problem for the Buckeyes to have, though. And the pick here is that they’ll get it right and finally have the Silver Bullets ready to fly by the opener.

BuckIQ: Ohio State has talent to get Silver Bullets back on track
Watch this video on YouTube.