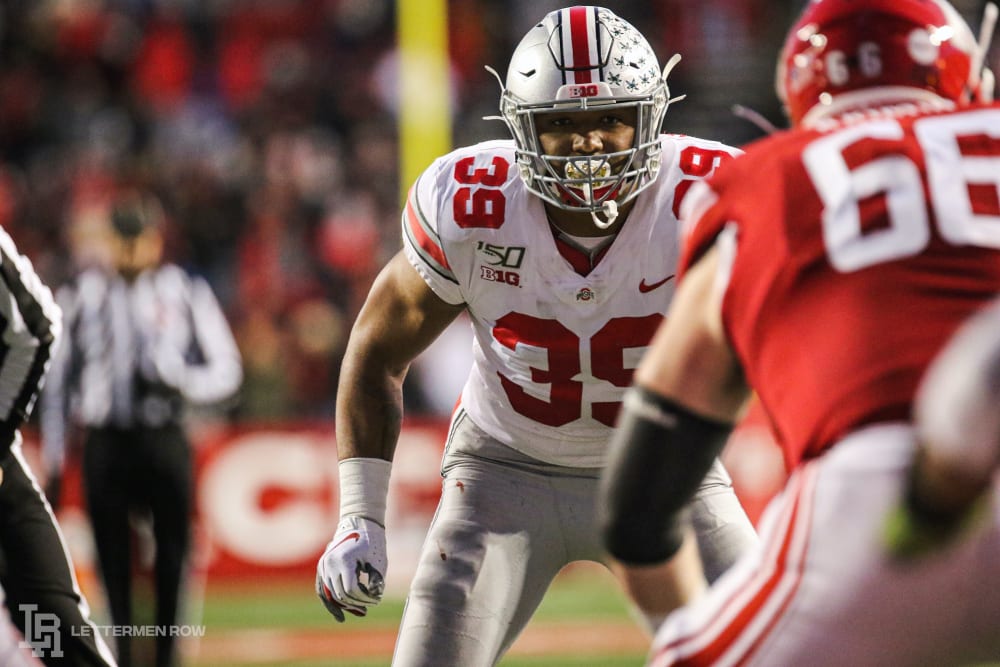 PISCATAWAY, N.J. — The tuneups are over, and Ohio State was visibly relieved to have the last one out of the way.

The Buckeyes did everything they could to take the trip to Rutgers seriously, lock in on the importance of staying unbeaten and keep matching the program’s high standards. But as the traveling party made its way back to the locker room on Saturday evening at SHI Stadium, there were more than a few folks wearing scarlet and gray who acknowledged that the main mission had been accomplished.

Yes, that might have been the sloppiest outing of the season for No. 2 Ohio State. But the Buckeyes posted another blowout, cruised past Rutgers with a 56-21 win — and then got a plane home with no new significant injuries. With the competition level finally getting ramped up starting next week, that was really all that counted.

“I mean, it was one of those games,” Ohio State coach Ryan Day said. “I thought our guys played good in the first half, then we decided not to play J.K. [Dobbins] in the second half. Came out in the third quarter and went right down the field, then decided to go with our [backups]. There was some sloppiness after, but overall I thought the guys played really well.

“Now the minute that game went to zero, all the focus is on Penn State and getting ready for this next run. We have to do everything we can to prepare for this game, and it starts right now.”

The attention may have immediately shifted to Big Ten East Division title game for the Buckeyes. But before diving into that matchup, Lettermen Row is looking back at what we learned from Win No. 10 for Ohio State on Saturday against Rutgers. 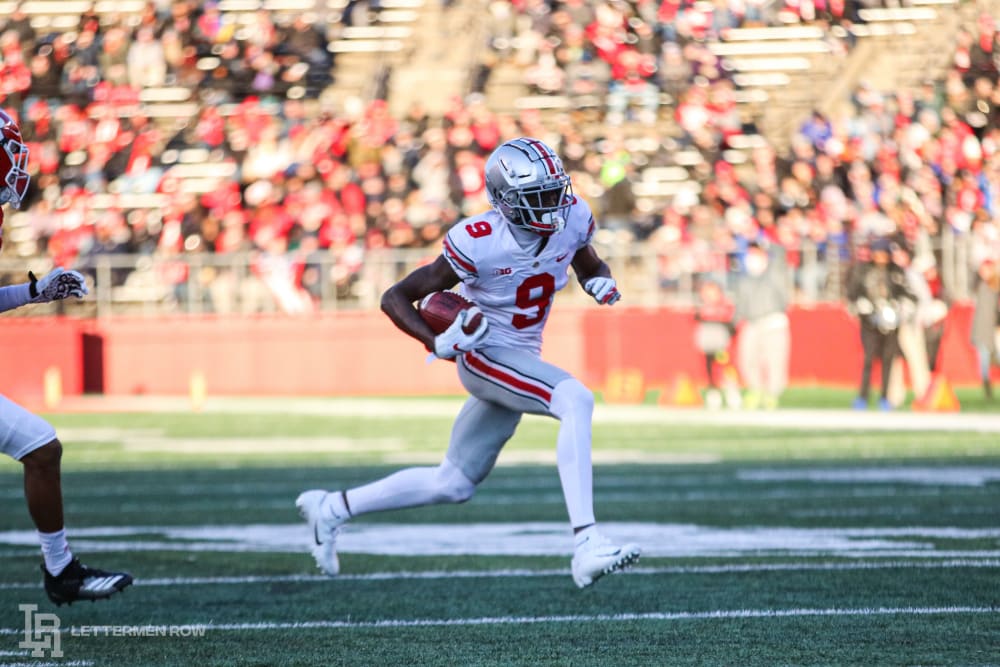 Success against Rutgers isn’t really the barometer for Ohio State. But one lingering question for the Buckeyes heading into the brutal closing stretch was whether or not the passing attack would be capable of carrying the offense just in case the ground game struggled. With the way Justin Fields is developing both physically and mentally, the solid work from the offensive line protecting the quarterback and the productivity of the wide receivers, it’s getting tougher to ignore the threat the Buckeyes can pose through the air. Fields was particularly sharp against the Scarlet Knights, completing 15 of his 19 attempts for a career-high 305 yards with four touchdowns — without a sack or interception. Both Penn State and Michigan will obviously represent bigger tests, but the Buckeyes certainly look ready for them.

The tag on his travel bag identified Cade Stover as a linebacker, and that was the position Ohio State recruited him to fill. But the freshman has been getting some practice reps at defensive end, and with the Buckeyes still short-handed up front, he looked like a potential star there down the road once Larry Johnson gets more time to work with him. Stover isn’t likely to play again this season now that he’s appeared in four games since a redshirt year is probably still in his best interest. But considering the existing depth at linebacker and a couple losses coming in the offseason up front, Stover might need to make that move permanent. 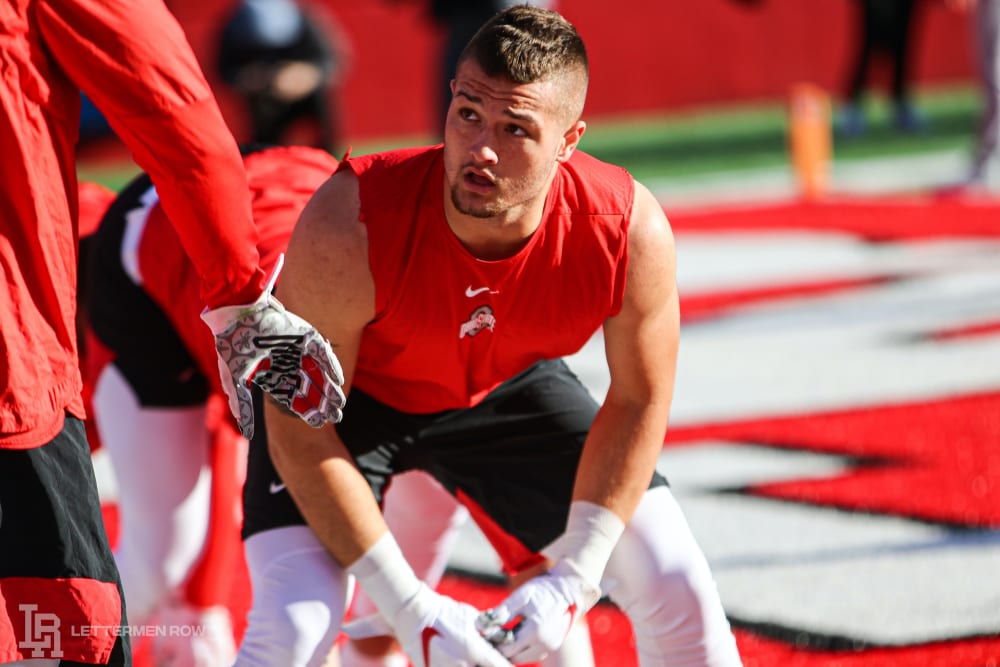 The volume of targets is always going to be relatively limited, but the Ohio State tight ends sure seem to have a knack for making the most of them. Luke Farrell turned heads with his highlight-reel touchdown grab, Jake Hausmann turned his only catch into a score and Ohio State has also seen Jeremy Ruckert make more of an impact in the second half of the season. In the big picture, those three guys and Rashod Berry are well down the priority list for the Buckeyes when it comes time to decide where the touches should go. But all of them bring more to the table than just an ability to block for the rushing attack, and now opposing defenses are at least going to need to account for them in the game plan.

Ohio State can’t really be blamed if the concentration lapsed for one week considering Rutgers couldn’t possibly have posed a real threat to the most complete team in the nation. It’s incredibly difficult to make it through a college football season without a lull or letdown — but the Buckeyes were able to still deliver an easy blowout victory without looking anywhere near their best. Much like the season-opening win over Florida Atlantic, Ohio State appeared much more concerned about simply locking up a win early and then avoiding any setbacks in the second half. But now that Penn State, Michigan and a possible Big Ten championship game opponent are up next, a bunch of guys who want nothing more than to prove themselves on big stages will get the chance. Expect to see a laser-focused group during the week ahead.

The Buckeyes played it safe with Damon Arnette and his injured wrist, giving him the day off despite having him dress and go through all pregame warmups. The absence of the senior cornerback gave Ohio State more reps to spread around for a few young guys — and allowed Shaun Wade to play on the outside, where he almost immediately made an impact with an interception and a forced fumble. But guys like Sevyn Banks and Cameron Brown were the real beneficiaries of Arnette getting a break, and those two guys look ready to take the torch next season for what will be a revamped secondary. Ohio State effectively turned the Rutgers trip into a developmental scrimmage, and that could wind up being especially useful for the defensive backs down the road.