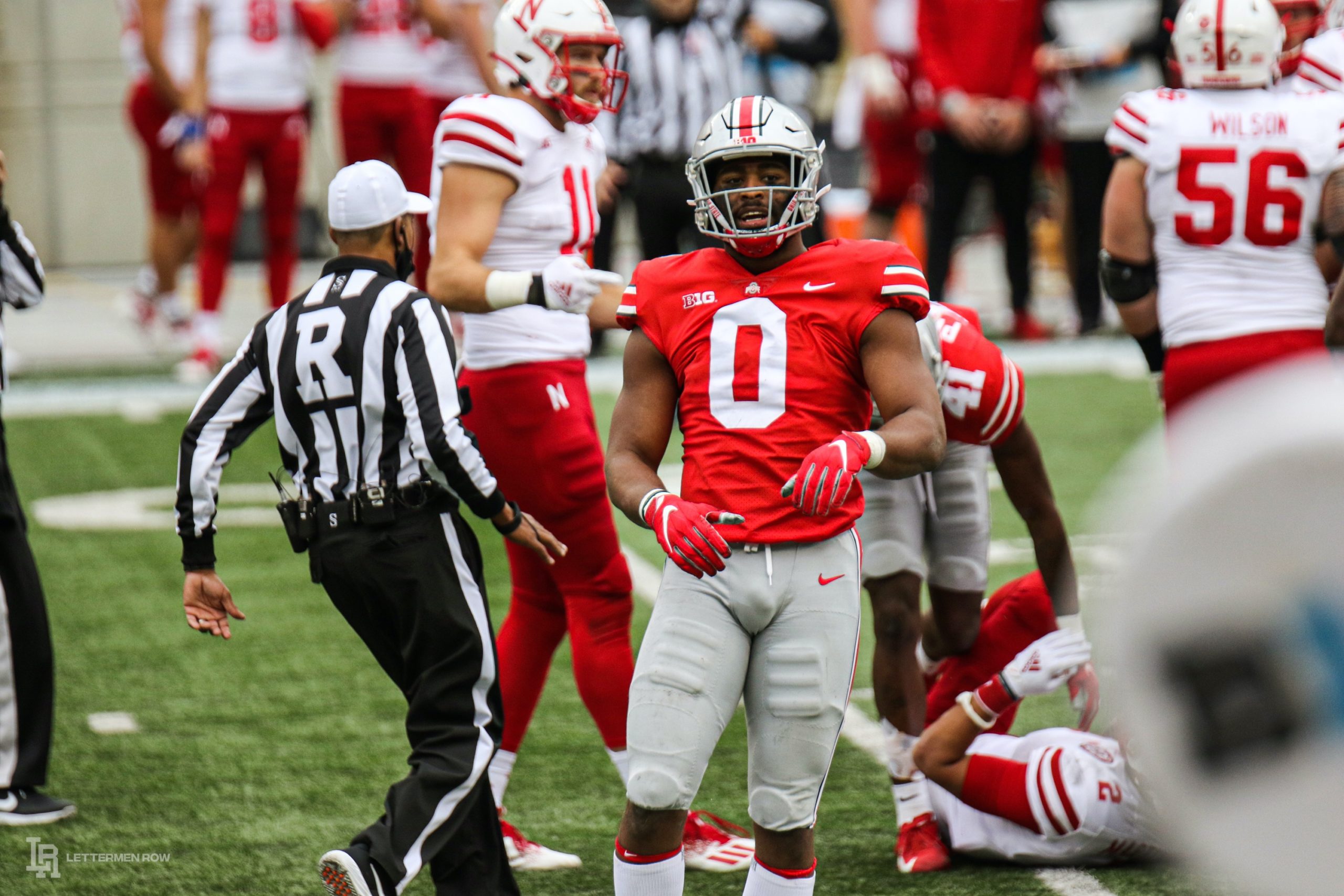 COLUMBUS — There isn’t much more Ryan Day possibly could have asked for in the Ohio State opener.

The Buckeyes got a win, obviously, and it wound up coming in blowout fashion.

They were able to get young players experience. The Heisman Trophy candidate at quarterback started building his statistical resumé. The roster got a feel for what it will be like to play in empty stadiums.

And the fact that Ohio State clearly wasn’t playing up to its full potential is just about the ideal outcome for a coach who can take those lessons and make it clear to his team that there is still plenty of room for improvement coming out of the 52-17 tuneup over Nebraska on Saturday at the Horseshoe.

“The No. 1 goal is to go 1-0, and I think that’s the tricky thing here at Ohio State,” Buckeyes coach Ryan Day said. “If you’re going to win championships, it doesn’t matter how you win, it only matters if you win. The best thing we can do is apologize for how we win.

“To beat a Big Ten team like Nebraska 52-17, that’s a pretty impressive day. It would be just to beat a team by one. So, the expectations are high, but the reality of it is just [to win] is a great day. That was the No. 1 goal, and we’re very proud of what we did.”

The Buckeyes have a bigger test waiting immediately on deck on Saturday at Penn State. But Day will have a much better idea of what exactly he has to work with coming out of the opener, and Lettermen Row is diving into a few lessons that were learned as Ohio State crushed Nebraska.

Master Teague got the start, he’s got the most experience with Ohio State and he’s the running back who found the end zone twice in the opener. But Trey Sermon showed in flashes why his more dynamic athleticism is probably a better fit for the Buckeyes offense, and it seems like the Oklahoma transfer is going to need a bigger role as the season progresses.

Neither rusher appeared to be in a great rhythm in the first half, and it’s possible that rotating them on a series-by-series basis might again be part of the problem. But Sermon appeared to be gaining confidence later in the game, eventually breaking an 18-yard run and finishing with a team-high 55 yards despite Teague finishing with more carries. Both of those guys should remain in the plans for Ohio State since Teague’s bulldozing touchdown run to open the scoring was a clear reminder of what he can do with his physical rushing style. Sermon, though, looks like he’s got the ability to add more versatility to the attack.

The Buckeyes never publicized an official depth chart heading into the season opener, though the critical role at the back of the defense seemed like it would eventually be claimed by Josh Proctor thanks to his high-profile recruitment and freakish athleticism. But defensive coordinator Kerry Coombs instead went with Marcus Hooker, who has earned the trust of the coaching staff with his reliability and impressive ball-hawking skills.

Both of those defensive backs were always going to play in the opener, and the competition for that starting spot will no doubt continue in the weeks ahead. Hooker didn’t completely shut the door on the matter even with his steady four-tackle outing, and Proctor making a tackle for loss and scooping up a fumble offered reminders of his big-time upside. Replacing Jordan Fuller at the back of the defense was a top priority during the offseason, so it’s telling that Hooker earned the first crack at it on Saturday. 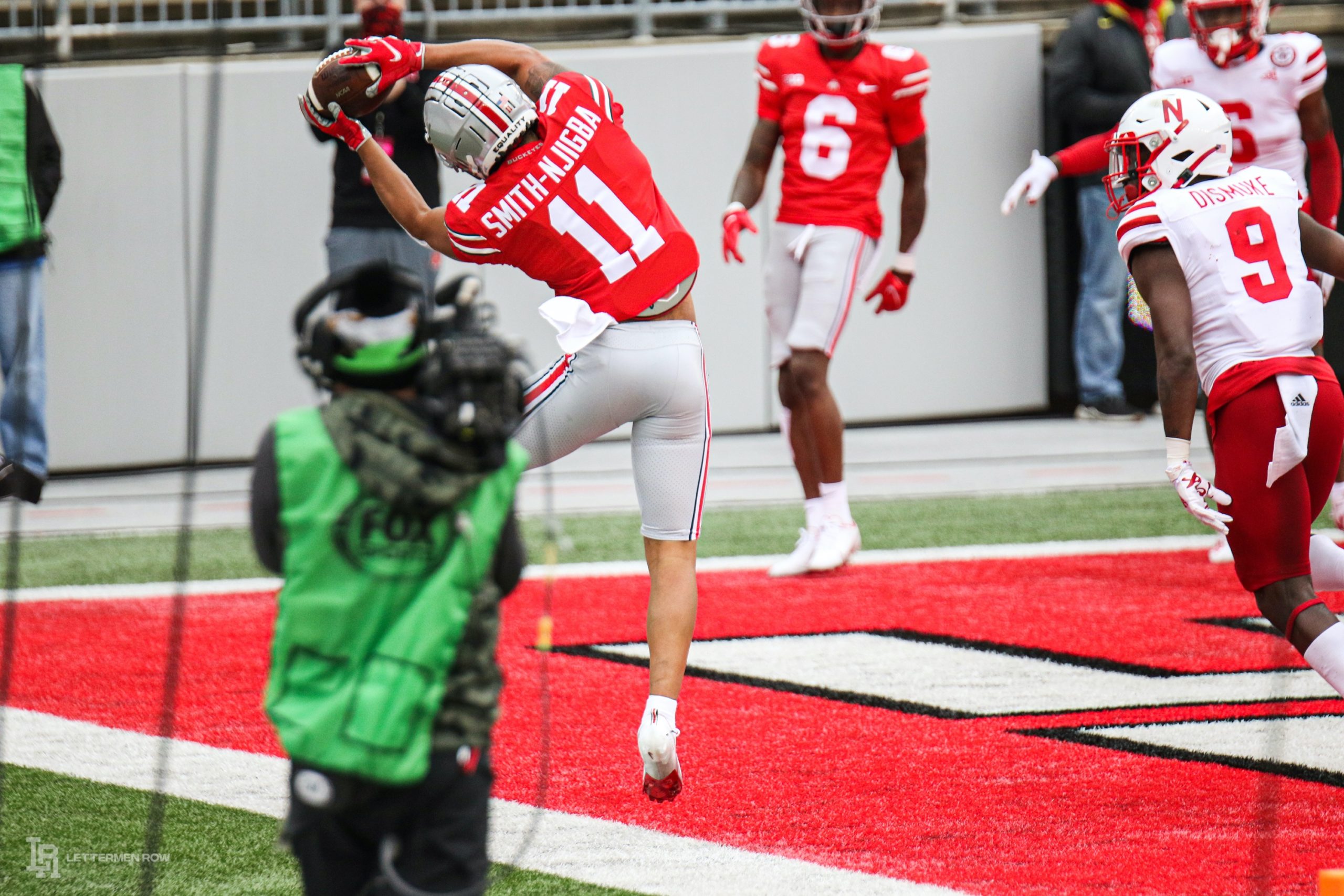 The box score doesn’t do justice to the debut for Jaxon Smith-Njigba, because two catches for five yards and a touchdown doesn’t exactly scream breakout performance. But the ball skills, awareness and body control the freshman showed on his jaw-dropping grab at the back of the end zone for the first score of his career put on full display why Ohio State is so excited about his future.

Smith-Njigba and Julian Fleming were the first two freshman wideouts from the touted signing class to get their hands on the football, with the latter grabbing a 13-yard reception to break the ice and start pushing for more snaps. Both seem like relatively safe bets to make significant impacts right away for the Buckeyes, and that effort is already underway.

There is nothing more baffling about Ohio State than its continued issues fielding the football on special teams, a problem that has gone on far too long considering how much talent is assembled on the roster. Garrett Wilson is going to be a major weapon as the punt returner, and his experience after going through some growing pains there a year ago look certain to pay off for the Buckeyes. But there’s no excuse for issues on kickoff return, particularly since Demario McCall has previously shown on several occasions that he lacks the consistency needed for that role.

The Buckeyes have spent years looking for ways to get McCall’s speed and elusiveness on the field, but it’s been complicated both by injuries and ball-security issues that have kept him from ever taking the next step. His muffed kickoff in the third quarter put Ohio State in a tough spot, and it’s obviously not the first time that’s happened in his career. Whether it’s Jameson Williams or a versatile young guy like Cameron Martinez, the Buckeyes need to explore other options.

Maybe it was his friendship with Scott Frost or the fact that Nebraska was a key ally in the fight to bring back football, but Ohio State coach Ryan Day felt the need to apologize for tacking on a late touchdown in the blowout win on Saturday.

It was not necessary, and the Buckeyes shouldn’t feel bad about it at all. The starters were off the field, Ohio State was simply running the football and Jack Miller needs to make the most of his reps as a true freshman at quarterback. It’s up to the Huskers to stop Ohio State, not Day to tap the brakes to try to spare the feelings of an overmatched opponent — especially one that seemed to be head-hunting Buckeyes with illegal hits all game long.