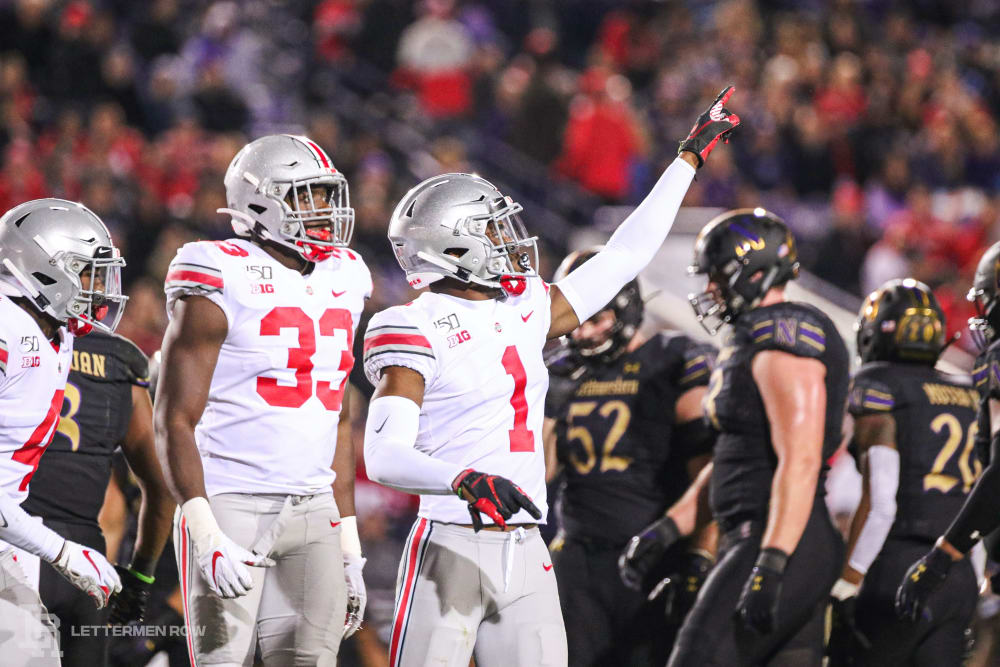 Ohio State cornerback Jeff Okudah and the Buckeyes are rolling through the Big Ten. (Birm/Lettermen Row)

After a couple years of mixing in stinging losses with Big Ten championships and impressive bowl victories, clearly the Buckeyes are hungrier for more. And while every team in the country obviously wants to win it all, the level of commitment and focus it takes to reach that level is extremely difficult to reach — to say nothing of the talent required.

But this Ohio State team appears to finally understand what it takes after coming up short a few times. And both the way it carries itself and the way the captains talk even after destroying a conference opponent on the road like it did in a 52-3 annihilation of Northwestern just seems to hint that the program is capable of something truly special this season.

“You know, the job isn’t finished,” Ohio State defensive end Chase Young said. “My mindset is immediately on Wisconsin. And I feel like that’s what all the leaders on this team are going to do, we’re going to pull the young guys with us.

“We already talked about Wisconsin with [strength] Coach Mick [Marotti] on the sideline during the third quarter. Our focus is definitely shifting.”

The Buckeyes have methodically worked through the schedule without peeking ahead, but they knew there was the potential for a huge test waiting for them them after dispatching the Wildcats. And after leaving Ryan Field with another victory to set the stage for a showdown with Wisconsin that just lost a little luster, here’s what Lettermen Row learned about Ohio State over the weekend.

Nicholas Petit-Frere will only get better for Ohio State

The best-case scenario for the Buckeyes right now is obviously to get Thayer Munford back to full strength on his sore ankle and again have swing tackle Josh Alabi available after he missed the Northwestern romp. But in the big picture, Nicholas Petit-Frere did a solid job in the first start of his career and proved he’s capable of bolstering the depth if he’s needed again down the stretch. The talented sophomore made a couple mistakes, there’s no hiding from that and position coach Greg Studrawa made sure to let him know about it on the sideline — even late into the fourth quarter. But playing against a solid Northwestern defense on the road isn’t exactly an ideal way to get the first significant action of an offensive lineman’s career, and Petit-Frere will only grow and improve from the experience.

Garrett Wilson growing up in hurry for Buckeyes

Ohio State always knew what it had in Garrett Wilson after evaluating the five-star prospect in high school and then seeing his athleticism up close in spring after he enrolled early. The Buckeyes, though, didn’t just rush him into the rotation until he was ready to be a willing blocker, his package of well-executed routes expanded and the knowledge of the offense developed. He was still grabbing jaw-dropping touchdowns early in the season, but now Wilson is getting in the game early and often and giving the kind of consistent, all-out effort the program demands. Maybe three receptions seems like a modest total, but they are a sign that Wilson is poised to make a leap down the stretch. 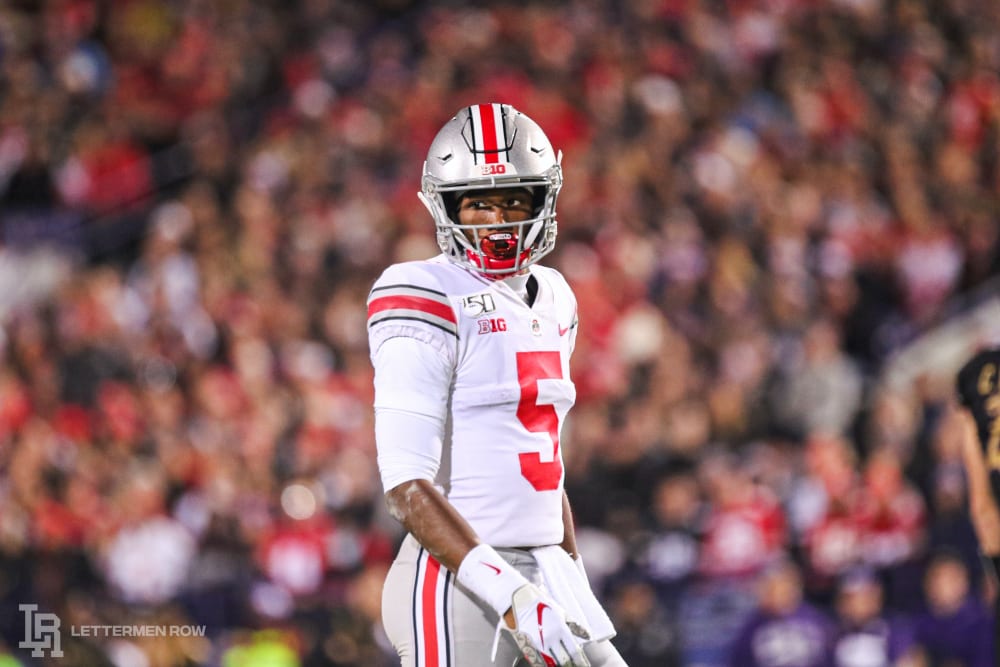 Ohio State wide receiver Garrett Wilson is developing in a hurry for the Buckeyes. (Birm/Lettermen Row)

This is almost certainly nitpicking since Ohio State only gave up a measly field goal, the defensive front continued to dominate and Northwestern still only averaged 3.3 yards per carry. But Ohio State didn’t seem to be quite as sound defending the rush as it had been so far this season, and that was really only notable because it might have underscored the importance of Baron Browning to the Silver Bullets. Sources indicated to Lettermen Row that Browning was dealing with a minor groin injury and was close to a game-time decision last week before the program ruled him out for the week, and Ryan Day expects the junior back for the Wisconsin matchup. Again, the Buckeyes were just fine against the Wildcats, and Malik Harrison, Tuf Borland and Pete Werner combined for 18 tackles and 1.5 tackles for loss. But Browning has proven to be a difference-making defender, and Ohio State could use him healthy against the Badgers.

In yet another reminder of the seemingly endless supply of athleticism at Ryan Day’s disposal, Demario McCall was back on the field in some key situations after going through another stretch dealing with injuries and inconsistency. The versatile veteran appeared multiple times on special teams, which was no surprise. But it was a bit unexpected to see McCall plugged back in on offense a few times again, and it suggests that the Buckeyes still believe there are ways they can use his speed and elusiveness when he’s fully engaged for the program. McCall officially rushed just once for seven yards and lost a yard on a punt return, but maybe that’s a start to adding him back into the rotation behind J.K. Dobbins and Master Teague.

Watch out for Tommy Togiai

The strength of Tommy Togiai is already legendary around the Woody Hayes Athletic Center, but the sophomore defensive tackle also showed he can run a little bit for a big man. The four tackles from Togiai offered a sign that he can increasingly be more productive stuffing the rush up front, but it was the way he chased down a play from the far hash mark all the way to the sideline to make one of his hits that will get the Buckeyes even more excited about his future. For all the justifiable attention the defensive ends get for Ohio State, Togiai might be next in line to emerge as a star on the interior after Davon Hamilton’s career comes to a close.