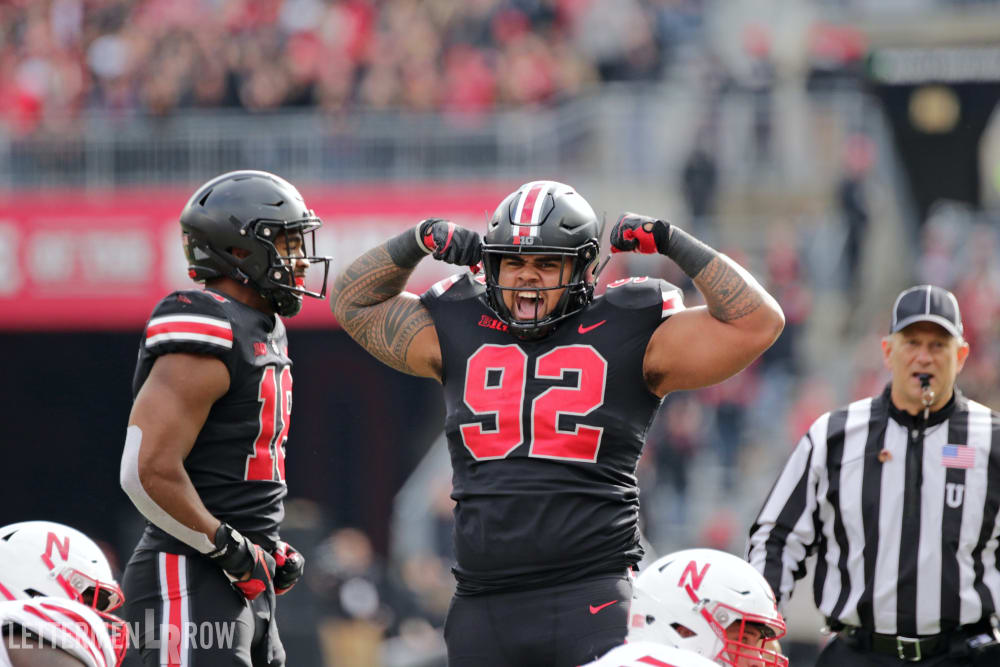 COLUMBUS — There is no arguing about the result, and Ohio State isn’t going to apologize for a win.

Just about everything else the Buckeyes did on Saturday against Nebraska, though, seems to be up for debate.

Are victories all that matter or are style points necessary in the College Football Playoff race? Was that a tough win over an improving opponent or a disappointing outing against a team that has only won twice this season? Were those glimpses of improvement or too many signs that the issues haven’t been corrected yet?

The answers might well come down to matters of perspective — or they might be found somewhere in between those polar ends of the spectrum. Either way, the record book now has 36-31 written in it after the Buckeyes knocked off Nebraska, and that was the result they needed to stay in position to win the Big Ten.

What else is there to absorb from that game? Lettermen Row is looking back at What We Learned before Ohio State turns the page to a tough trip to Michigan State.

After all the uncertainty and inconsistency from the guys Ohio State has trotted out at safety opposite Jordan Fuller, it might have taken the absence of the junior captain before it could find the guy who maybe should have been out there. Brendon White was always supposed to get a chance to show what he could do in the nickel package against Nebraska. But with Isaiah Pryor injured and Fuller ejected in the second quarter, the Buckeyes had to turn to White for a more prominent role — and he delivered a team-high 13 tackles. It’s fair to wonder based on that performance what exactly took so long to get the sophomore on the field, but it definitely looks like he should stay there now. 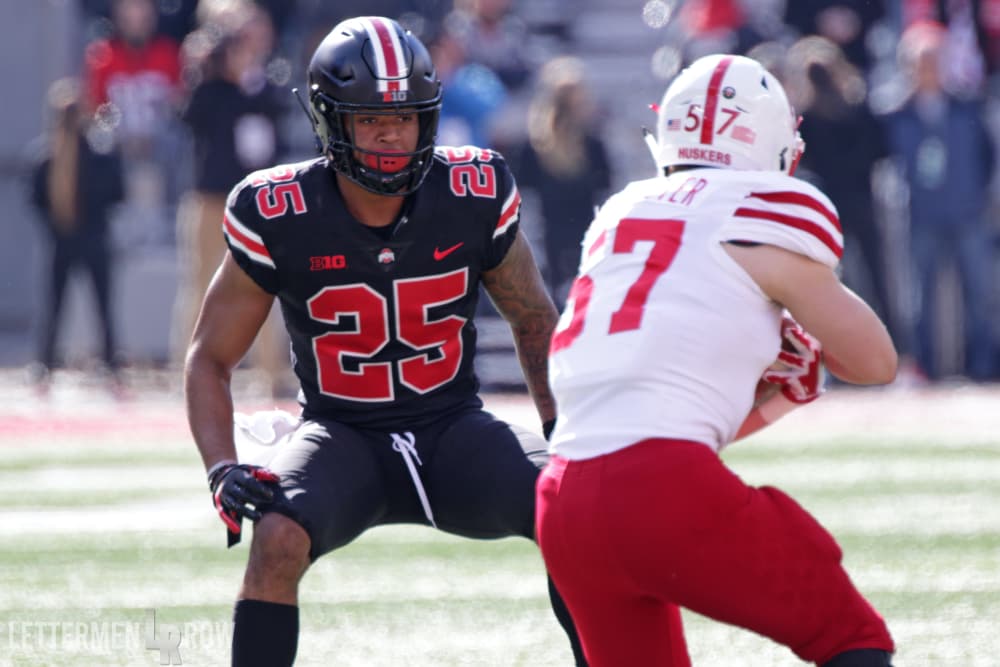 Ohio State got an unexpected performance out of safety Brendon White. (Birm/Lettermen Row)

Ohio State rushing attack is back in business

Success against a suspect Nebraska defense might have to be taken with a grain of salt or two. But considering just how poorly Ohio State had been running the football lately against a similar level of competition, the return of J.K. Dobbins and Mike Weber as game-changing rushers against the Huskers has to be a welcome sight anyway. Dobbins earned most of the acclaim after racking up three touchdowns and finishing with 163 yards, but don’t discount the work Weber did to spark the attack in the third quarter. Without his tough, second-effort carries as part of his 91-yard effort, the outcome could have gone another way for Ohio State.

Silver linings there for Silver Bullets

The scoreboard didn’t look that appealing for a proud defensive program, and there were again a couple big strikes allowed through the air. But considering all the injuries Ohio State is still dealing with on that side of the ball and the challenge of slowing down a creative Nebraska offense, there were actually some positives from that outing to be found for defensive coordinator Greg Schiano. The Buckeyes gave up less than 4 yards per carry, answered when the pressure was on by posting a third-quarter shutout to switch momentum and watched linebackers Malik Harrison and Tuf Borland step up to deliver 21 combined tackles for a unit that’s been under fire. The Silver Bullets obviously weren’t perfect, but it’s possible they could be on the upswing. 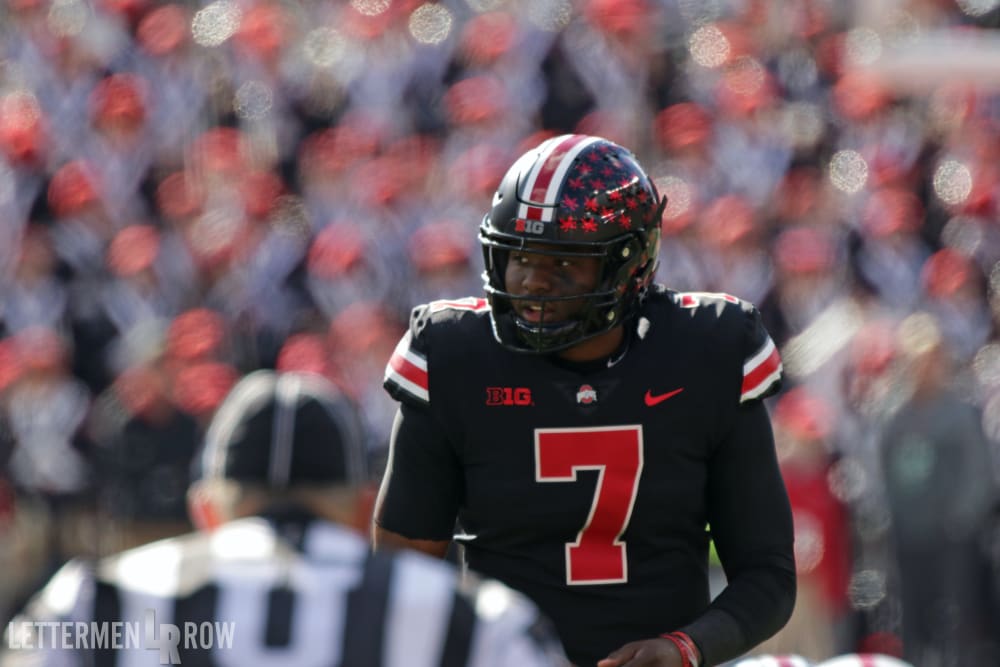 Ohio State wasn’t going to count on its star quarterback for 400 passing yards every week, and at some point the prolific production from Dwayne Haskins was bound to slow down just a bit. The redshirt sophomore didn’t get quite as much help from his receivers as normal with a handful of drops deflating his numbers, but he also made at least one poor decision for an interception and coughed up a fumble after getting blasted from behind in the pocket. Even with those couple negatives, Haskins still threw for 252 yards and a pair of touchdowns to start November off with a victory.

The Buckeyes can’t seem to catch a break when it comes to the injury bug. And it appeared to also get unlucky with a questionable targeting call that only added to its short-handed difficulty on defense. Rather than run down all the various health issues the Buckeyes have dealt with this season, the new ones that popped up in the secondary alone just coming out of the off date are enough to prove the point. By the second quarter when Fuller was ejected, Ohio State was without both safeties and rotation cornerback Jeffrey Okudah — so it shouldn’t come as much of a surprise that Nebraska made a couple plays through the air. Just like the Buckeyes have gone through a spell where the entire defensive line was seemingly injured, now another unit is dealing with a rash of issues.