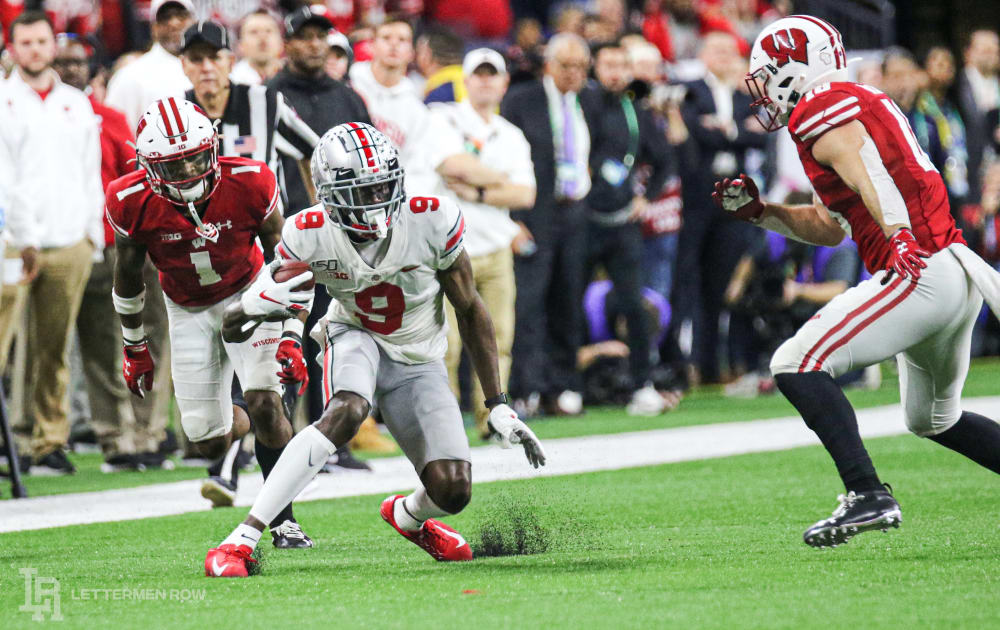 Turns out it can handle it just fine.

The Big Ten title game brought the kind of challenge that the Buckeyes have talked about all season but never actually faced. Yes, it played games in bad weather. Sure, there was a quarter or two over the course of the year that didn’t meet the program’s high standard. And even last week it got punched in the mouth on the opening drive and had to respond.

But the top-ranked Buckeyes hadn’t found themselves reeling at any point like they were at Lucas Oil Stadium after Wisconsin unloaded everything it had in the first half on Saturday night. And at least from that perspective, the way Ohio State rallied to eventually accelerate through the finish line with a 34-21 win over the Badgers might be the most informative performance of the season.

“Just what a gritty win, and we knew it was going to be like this,” Ohio State coach Ryan Day said. “To beat a well-coached Wisconsin team twice in one year, both in the top 10 when we played them, that’s not easy to do. Then the way that we came off of these last two games, they were both emotional wins. Three back-to-back wins like this, it shows you what this team is made of.

“But then to go down the way we did, come back and play in the second half — yeah, I think you’ve seen our talent, our execution, a lot of things. But today showed our team’s heart. I think that’s what makes this the best win of the year.”

Now the Buckeyes are going to have a chance to potentially win two more and chase another major trophy. But before Ohio State turns the page to the College Football Playoff, here’s what Lettermen Row learned from the win over the Badgers. 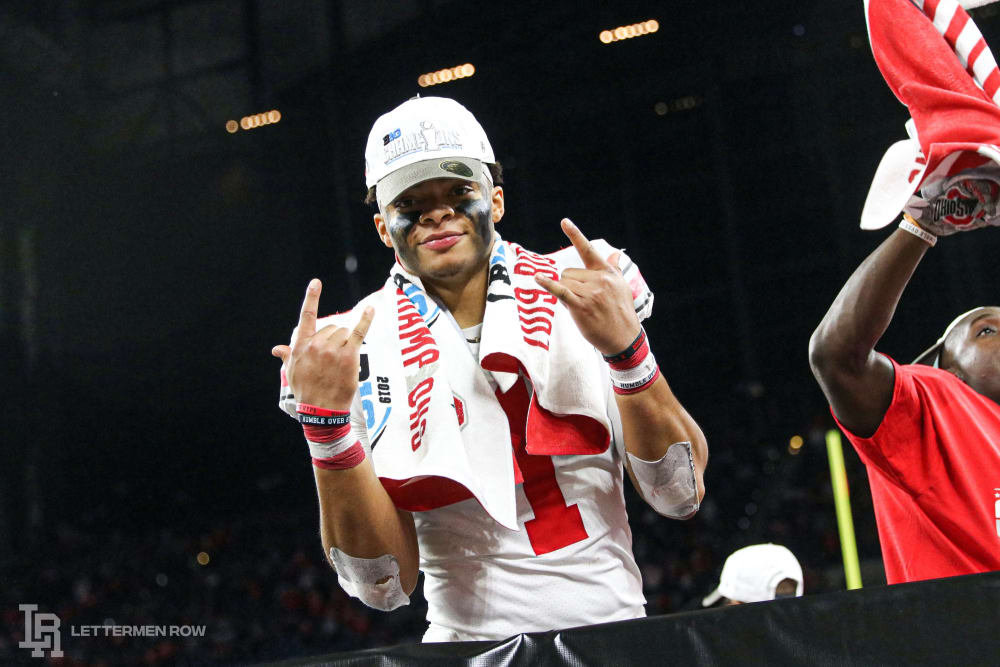 At this point, it’s clear that Justin Fields isn’t going to pass LSU quarterback Joe Burrow in the voting for the most prestigious individual award in the sport. That’s surely just fine with the Ohio State sophomore for a couple reasons, starting with the fact that he’ll get to chase it again next season — and he’s still alive in the national-title hunt, which means more to him anyway. What Fields has done to prove his toughness down the stretch has been truly incredible to watch, and he clearly wasn’t completely healthy against a tenacious Wisconsin defense that was also making life tough for him and his injured knee. But Fields made all the huge throws the Buckeyes needed down the stretch, finishing with 300 total yards of offense and three touchdowns in a performance that should send him to New York as a finalist for the Heisman Trophy.

The focus is always on the players, and co-defensive coordinator Greg Mattison didn’t want any credit for the work the coaching staff did in adjusting to what Wisconsin was doing in the first half. The same was true in the big picture for Ryan Day, who is going through the postseason pressure-cooker as a head coach for the first time and showed he wasn’t afraid when he dialed up a fake punt to swing the momentum. But Day and his staff obviously deserve a lot of credit for the unbeaten run to the Big Ten title, and the defensive turnaround both from last season to now and from the first half to the second on Saturday is downright remarkable. 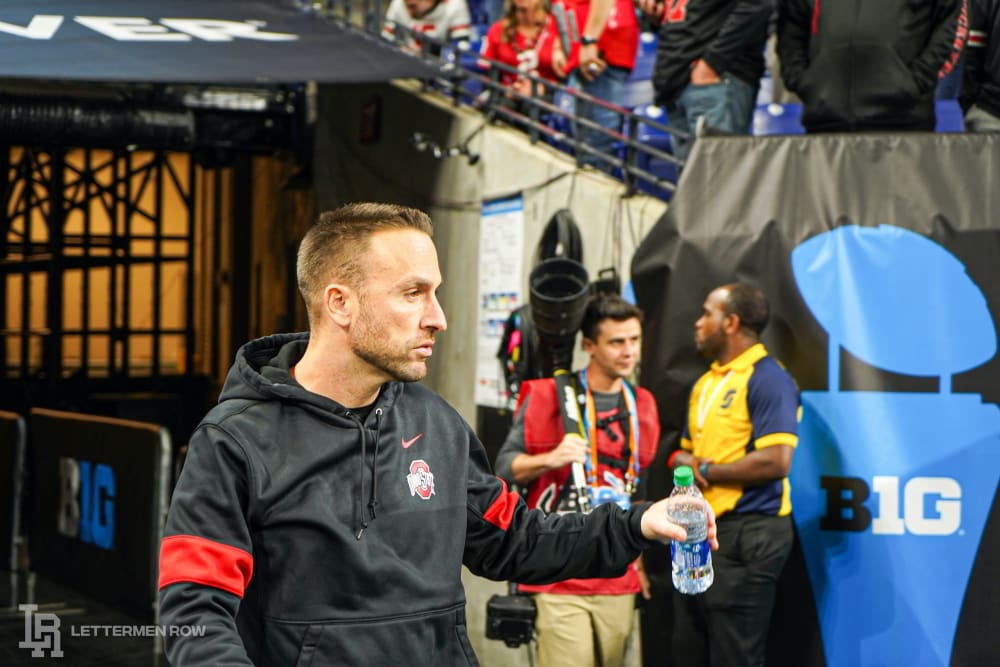 After starting the calendar year with an MVP performance in the Rose Bowl and then spending the entire offseason getting hyped up as the man to handle the new Bullet role in the Ohio State defense, Brendon White was nowhere to be seen at Lucas Oil Stadium. It’s been a staggering fall from the spotlight for White, who appeared to be struggling with the move away from safety to a position that required more linebacker-type skills and hadn’t played much even before staying home over the weekend. White was never listed by the program as being unavailable for the Wisconsin matchup but also wasn’t on the travel list, which would certainly seem to suggest that his days with Ohio State are numbered. As of Saturday night, White didn’t have his name in the transfer portal, but not appearing in Indianapolis was obviously a warning sign.

The tight ends still aren’t seeing many targets, but those guys are certainly ready when the football does come their way — even for throws that require a little extra effort to reel in for touchdowns. Jeremy Ruckert has already proven that he can be a dangerous red-zone weapon, but he threatened to steal the show entirely with his ridiculous one-hand grab to help swing the momentum in favor of Ohio State on the first drive of the second half. The expectations for the sophomore have been enormous since he arrived as the top-rated recruit at his position last year, and it’s becoming increasingly clear that he’s growing into his role and capable of helping as much as the Buckeyes need.

The original plan for Enokk Vimahi has changed, and the talented young offensive lineman will stay in school instead of taking a two-year Mormon mission after the season. For the Buckeyes, that might not seem like a major storyline heading into the College Football Playoff since the freshman is heading for a redshirt and unlikely to play in either of the next two games. But knowing that Vimahi will be around for the next two years shapes how Ohio State will recruit and provides a safety net in case center Josh Myers and right guard Wyatt Davis decide to leave early for the NFL while left guard Jonah Jackson graduates. That decision and the confirmation from Vimahi in Indianapolis could wind up being a big deal for the Buckeyes.