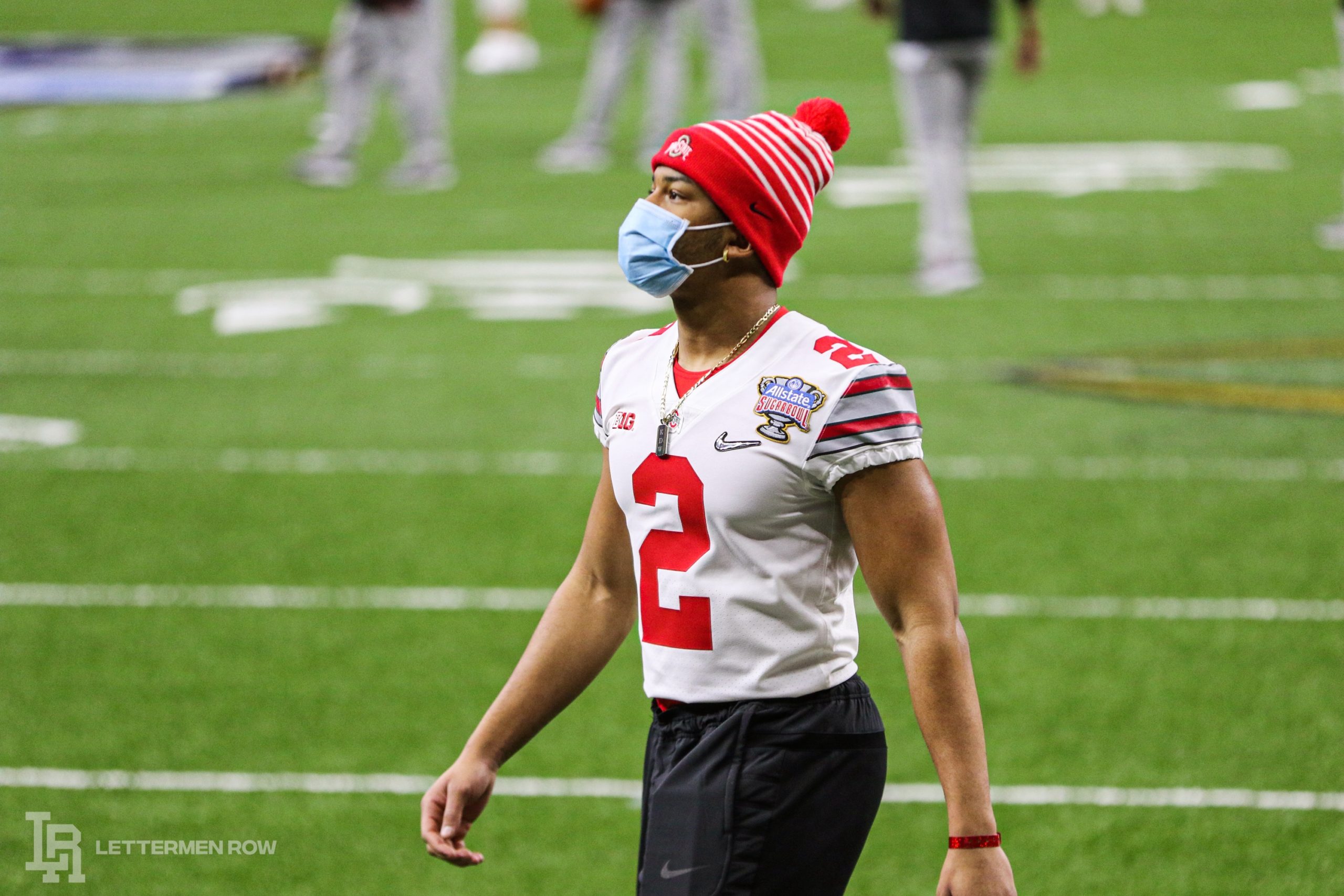 The speculation, debate and conversations about Ohio State never end, and Lettermen Row is always ready to dive into the discussions. All week long, senior writer Austin Ward will field topics about the Buckeyes submitted by readers and break down anything that’s on the minds of the Best Damn Fans in the Land. Have a question that needs to be tackled, like the one today about a breakout player in the secondary like Kourt Williams? Send it in right here — and check back daily for the answers.

This years freshman class was loaded with DB’s as is next year. Most of their starters are expected back. Who’s a name you see taking a leap next year?

So many negative factors combined at once, there’s not just one setback that can be pinpointed for the collapse of the Ohio State pass defense last season.

It also certainly wouldn’t be fair to have expected a true freshman to have been the guy who could have tipped the scales for the Silver Bullets. But the preseason injury to versatile defensive back Kourt Williams was undoubtedly a much bigger blow for the Buckeyes than it might have seemed at the time. Given everything else the program had to deal with during such a challenging season, it barely registered late in the year as one of the complications when Ohio State’s depth was stretched to the max and it was in a mad scramble to find help at safety.

Williams has never played a snap yet for the Buckeyes, so it might be premature to assume he could have fixed the problems by himself. But he definitely appeared to be pushing for more than just a complementary role before his ACL injury in training camp, and the fact that he couldn’t even try to be part of the solution wound up looming large for Ohio State.

“I’ll be surprised if he’s not a captain when he’s here,” Buckeyes coach Ryan Day said last offseason. “I’ve said that to him and his parents a million times. They’re probably tired of hearing me say that. He was a state champ in California, which is not easy to do. He comes from a great program, same program as Wyatt Davis, and the coaches at [St. John] Bosco do an unbelievable job. 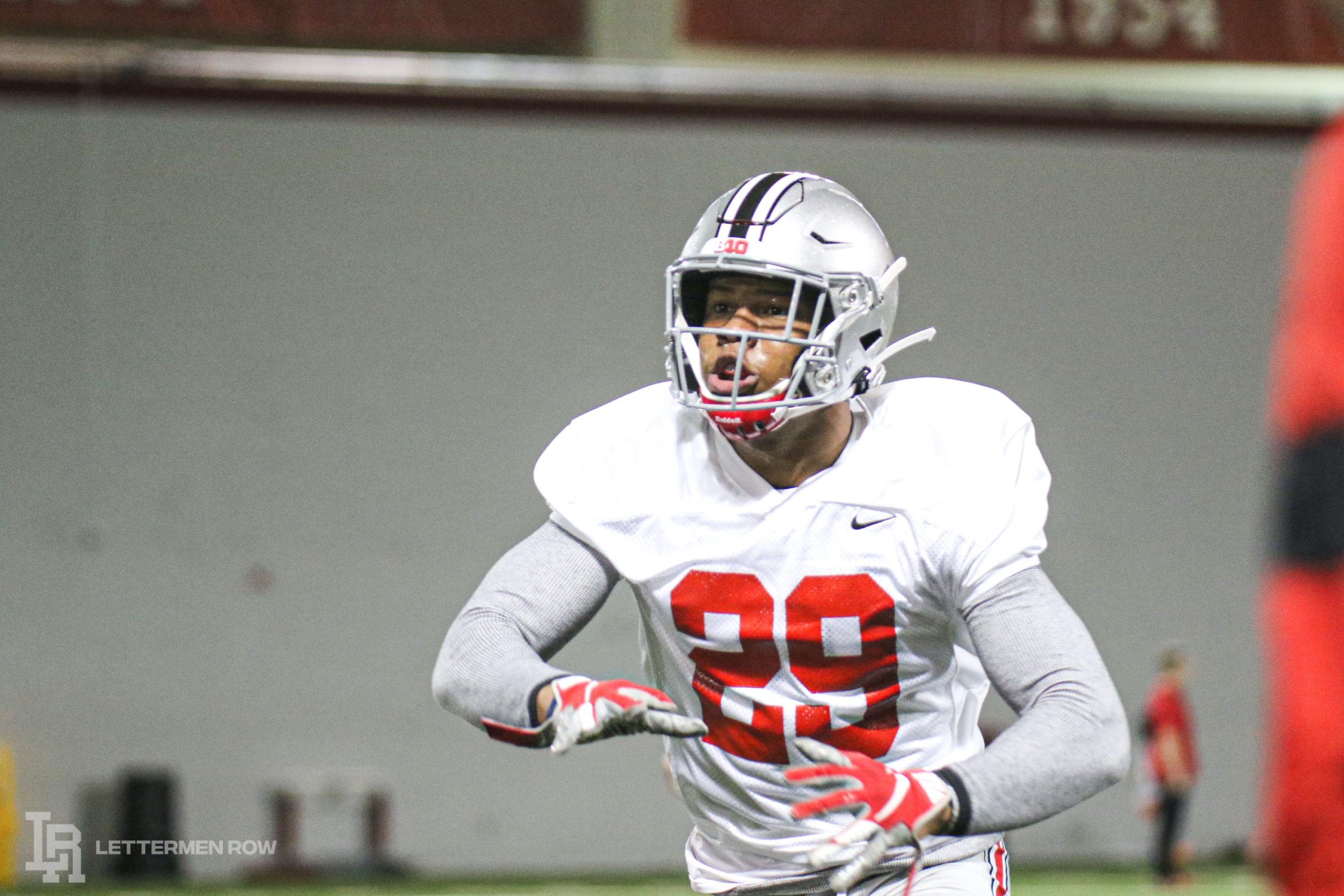 Getting Kourt Williams back will be key for Ohio State. (Birm/Lettermen Row)

“To go and win the way they did in the state championship, play the way that they played, he’s playing at a high level, and he’s got a lot of versatility. He can do a lot of things. You can use different things with them, and those are the kind of guys you want.”

The buzz around Williams was only growing as Ohio State got to see him work more up close. His Big Ten-ready frame, sharp football IQ and the kind of positional flexibility that made him an option in multiple roles had the Buckeyes starting to believe he could have been heavily involved last year.

It’s hard to project exactly where Williams would have fit best, because ideally he seems suited to the hybrid Bullet position since he can both drop into coverage and come into the box to support against the rush. But it’s not difficult to imagine he could have also helped as a single-high safety if need be, freeing up Josh Proctor to get back to floating around the field or lining up in the slot. Combined with the injury in Week Two for cornerback Cameron Brown and the offseason dismissals of two other veterans, Ohio State was shorthanded all year even without factoring in the weekly disruptions caused by positive COVID tests. When all of those were added up, it shouldn’t have really come as a surprise that a team with a new coordinator, no spring camp and a shortened schedule was dealing with major growing pains.

But bringing back healthy versions of Williams and Brown, having more experience with Sevyn Banks, Marcus Williamson and Josh Proctor, getting a glimpse at the ability of Lathan Ransom and potentially returning to some sense of normalcy with the practice and game schedule should allow for a quick recovery in the secondary. That’s one significant reason there has been no panic from Ryan Day about the first season from Kerry Coombs as the coordinator and no desperate search for an outside hire to replace Greg Mattison on the staff.

The Buckeyes know what they have to build around moving forward. And Kourt Williams should be right in the thick of it.