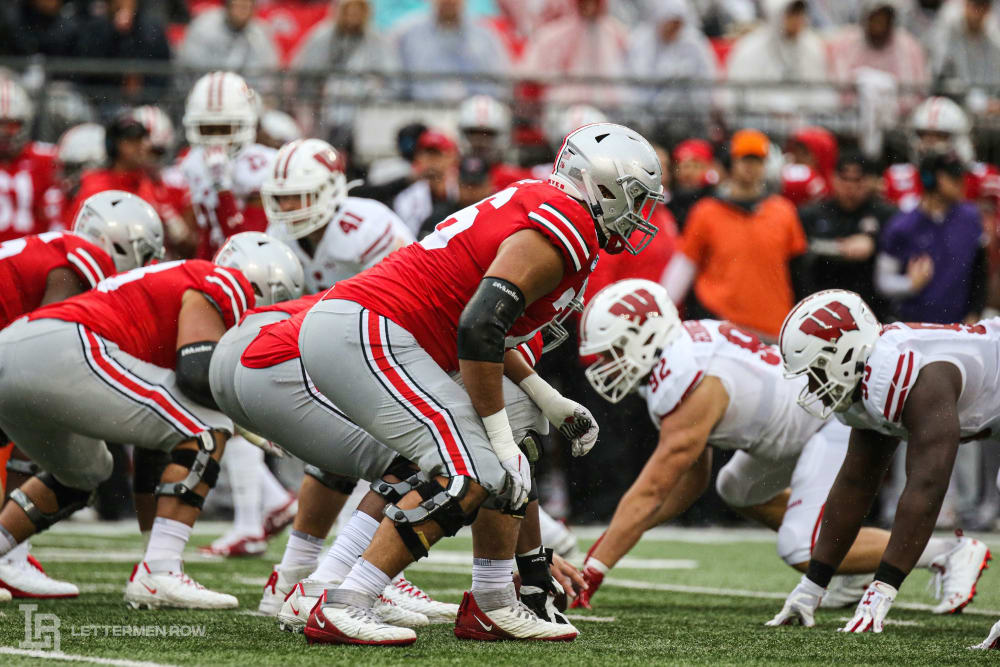 Ohio State will kick off the push for championships in November with an early start against Maryland. (Birm/Lettermen Row)

COLUMBUS — Ohio State has its marching orders for the off date. Now it knows exactly what time it will get back to business when the break from competitive action ends and the push for championships in November begins.

The Big Ten and its television partners confirmed the start times for the Nov. 9 slate of games on Monday morning, and the Buckeyes are again set for an noon kickoff when they host Maryland in the Horseshoe. The game will be broadcast by FOX.

Ohio State has proven to be a major television draw all year, and their games will be even more coveted by the networks heading into the final stretch of the regular season with a top-four ranking, three Heisman Trophy candidates and a solid chance to return again to the College Football Playoff. So, even a game against the struggling Terrapins figures to produce a decent rating, even if it doesn’t match the 4.6 mark the Buckeyes and Wisconsin delivered in the noon timeslot last week for FOX. 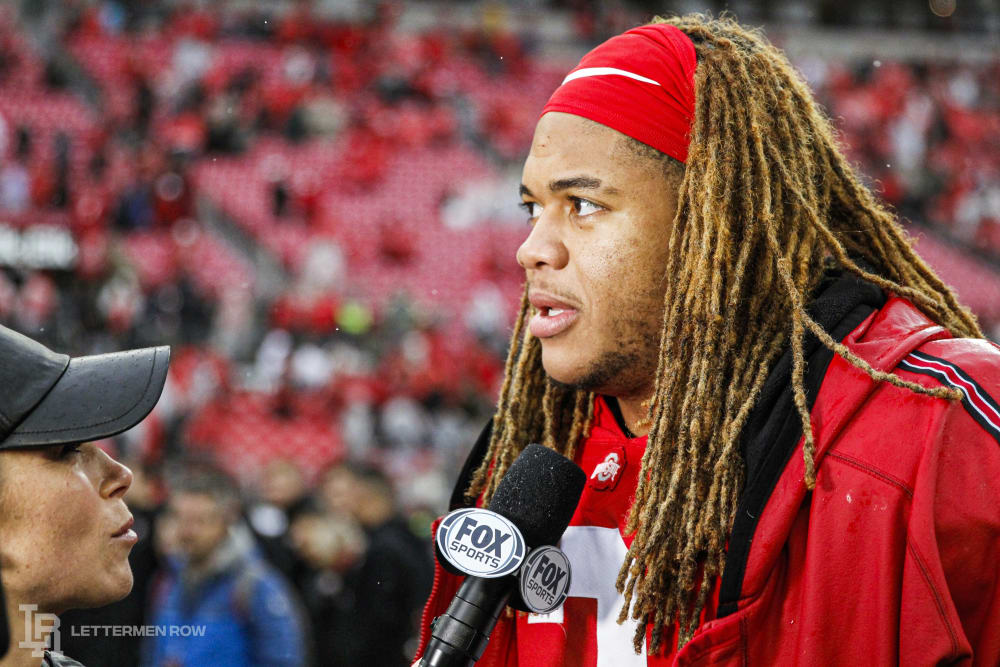 Ohio State defensive end Chase Young is one of the major draws for television networks this season. (Birm/Lettermen Row)

That, of course, isn’t the measure of success for Ryan Day and Ohio State. And they would play at any time of day right now to keep proving the Buckeyes can handle anything thrown at them thanks to a single-minded focus that has allowed them to post blowouts in all eight games so far.

“We knew where we wanted to be at this point,” Day said after the 38-7 win over Wisconsin. “And we know we come up for air and talk about that final stretch of four games there. And hopefully we’ll go from there. But again staying locked in on that and November is the final run. This is where all the memories are made. This is what it all comes down to.

“We’re not trying to look too far ahead, just trying to do a great job getting healthy in a bye week and talk about the plan and what we want to do in terms of expectations for next week. And we’ll get ready to make the last run.”

That stretch run starts against Maryland. And now Ohio State knows exactly when it will begin.

Continue Reading
You may also like...
Related Topics:Ryan Day

Five Questions for Buckeyes heading into second off date
Which Buckeyes helped their cause while rolling over Wisconsin?
Advertisement