COLUMBUS — There are parts of last season Kerry Coombs will cherish from his return to Ohio State.

The way the Buckeyes responded to adversity. Another Big Ten championship. Dominance in the Sugar Bowl.

Then there are the issues he’d rather not ever relive — and frankly would have preferred not to discuss.

But two months removed from a defensive collapse in the national championship and with the Buckeyes back on the practice field for the first time in spring camp, Coombs made it clear where any blame should fall if his unit doesn’t meet program standards. And it was just as obvious that he’s putting all of his trademark energy into erasing the memories and ensuring it doesn’t happen again.

“I feel very responsible that we didn’t play our best in that environment,” Coombs said. “When I say we didn’t play our best: That’s on me. That’s my job. It was very painful, it was awful. That hadn’t happened to us very much here. It just doesn’t. You try and work so hard, you pour everything you have into it, the kids poured everything they had into getting to that point, you want to be at your best. Obviously we weren’t. 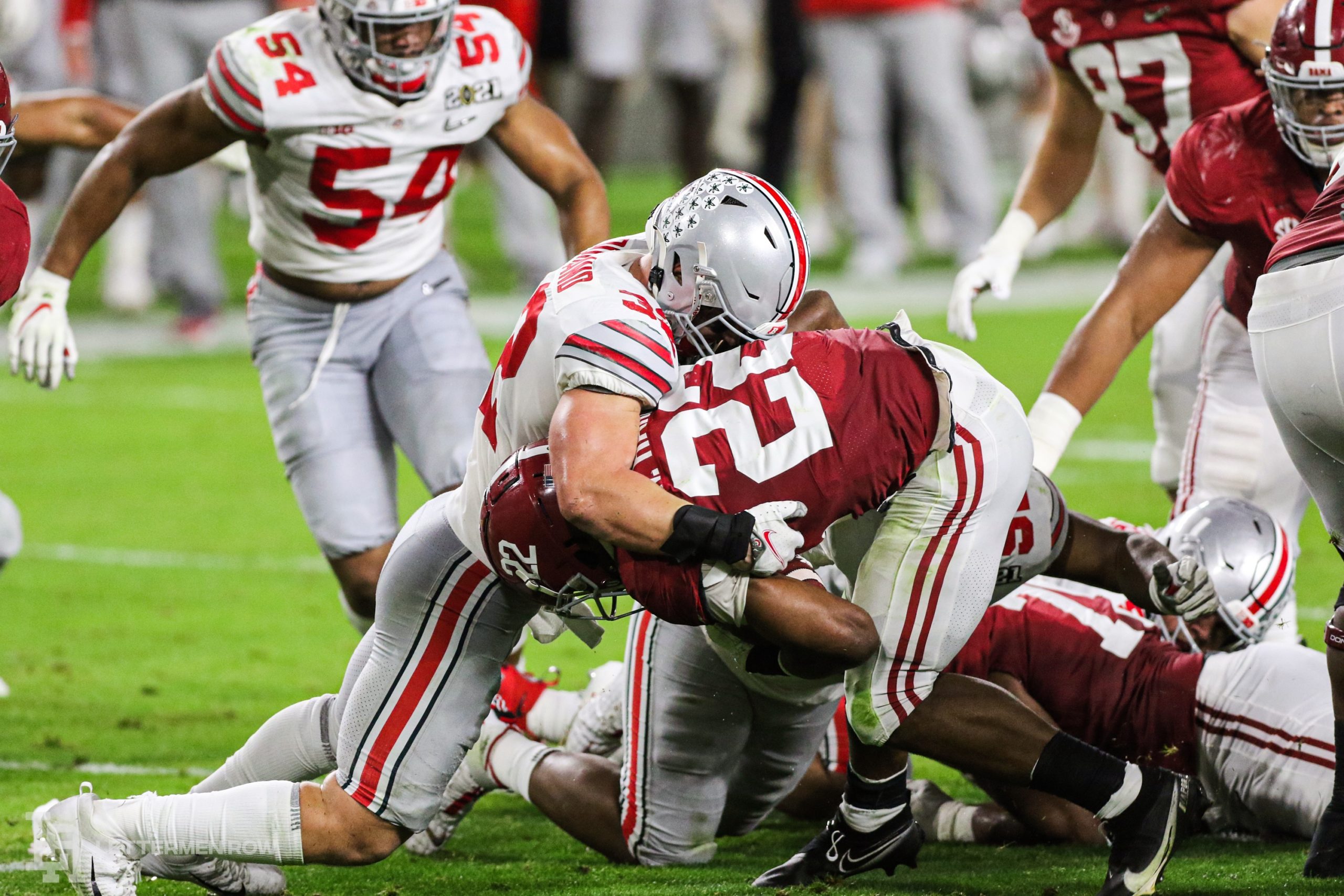 “That was very hard. Anybody who says it wasn’t hard doesn’t care. It makes you rethink how you do things, and there’s no question that this entire offseason has been a great process of exactly that. Rethinking how we do things and how we’re going to do things in the future.”

Coombs also wasn’t in a hurry to reveal many specifics about what’s included in that blueprint moving forward, though it’s also relatively early in the process with Ohio State having just finished its first of 15 spring workouts on Friday at the Woody Hayes Athletic Center.

There were a couple hints, starting with Josh Proctor’s prominent role anchoring the Ohio State backline for the secondary and Lathan Ransom getting a shot to establish himself as the cover safety. The Buckeyes want to emphasize more of the press-man coverage that Coombs was famous for teaching in his first stint with the program, and they’re also counting on the emergence of Zach Harrison up front to help lead a more aggressive pass rush. But Coombs also preferred to keep some details close to his vest, taking more of a big-picture look both at what made last season challenging and what makes this year different.

“More than anything having a practice with the whole team there is the biggest things,” Coombs said. “It’s really all of the above. But I also think it’s important to recognize we won all the games but one and got further than we had the year before, got to the championship game. Now, I’m not saying that we would be [satisfied]. I can tell you this: If we get to the championship game again, we’d be really happy.

There is no question Ohio State has the talent to improve. And assuming that progress continues to be made on the COVID front around the program and the rest of the country, a return to normalcy during spring practices, summer workouts and training camp should naturally lead to results.

Either way, there’s no problem with buy-in from the Buckeyes.

“Same energy with Coach Coombs — he always gives 100 percent,” Harrison said. “He gives 100 percent of himself all the time, and we feed off that. We need a guy like that who is going to bring the juice to the defense and get us pumped up and get us going, a guy we can put all of our trust in.

Nothing about last season has shaken that for Ohio State.

All the Buckeyes are concerned about now is erasing that painful memory.