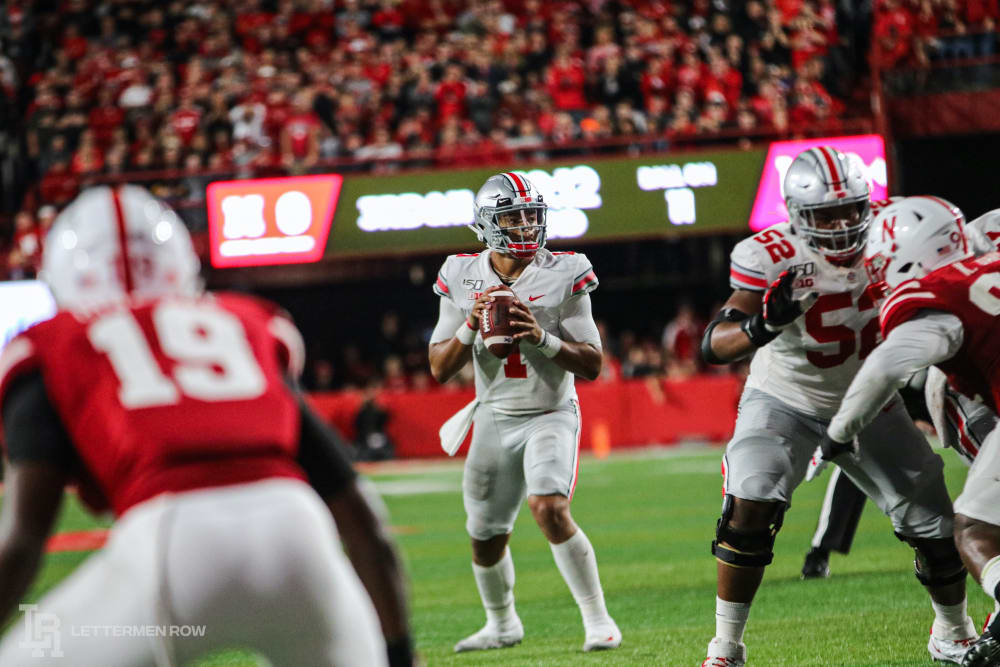 The speculation, debate and conversations about Ohio State never end, and Lettermen Row is always ready to dive into the discussions. All week long, senior writer Austin Ward will field topics about the Buckeyes submitted by readers and break down anything that’s on the minds of the Best Damn Fans in the Land. Have a question that needs to be tackled, like the one today about the Ohio State and the way Justin Fields is running the offense? Send it in right here — and check back daily for the answers.

Given the option of either taking a sack or throwing an interception, there’s no question which Ohio State would prefer.

Granted, both of them are unappealing and the ideal outcome would be having Justin Fields avoid both for the Buckeyes. Obviously no game is ever going to managed to absolute perfection, though, and negative plays are going to happen. By and large, Fields has done a remarkable job avoiding them for a first-time starter — and there’s also something of a tradeoff involved with the sophomore given that his elusiveness and ability to extend plays means there are times where holding on to the football will work in favor of Ohio State.

It’s fair to evaluate Fields at this point as occasionally working too deep into a play with the ball still in his hands. Part of that can be attributed to his play-making skills and faith in his ability. Another factor could be simply the ongoing process of getting comfortable and familiar with an offense he has still only been in for nine months and only operated for five total games.

But it would be pretty difficult for Ohio State to complain about the production given his 23 touchdowns without tossing an interception yet for the program, putting him ahead of where the coaching staff expected he would be at this stage of his career.

“Up to this point, he’s done a really good job,” Ohio State coach Ryan Day said. “He still really hasn’t played four quarters yet, hasn’t been in the fire where you’ve got to go win the game in the fourth quarter. So, we’ll see. But I thought he made some big-time decisions [against Nebraska]. 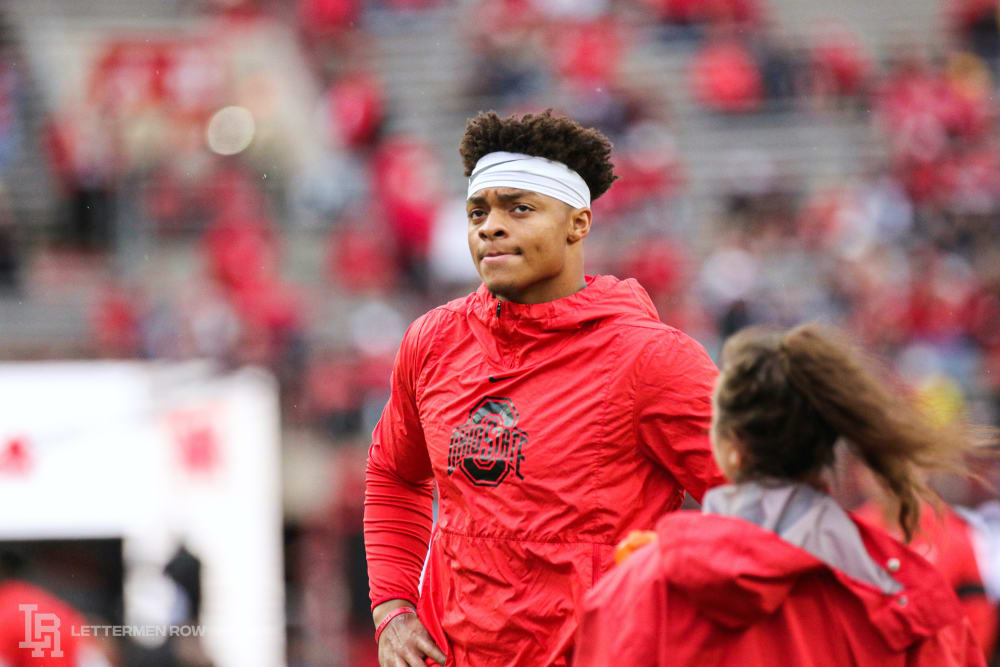 “He made some big-time throws, did a great job with his legs. He ran a clean game, managed the game again with no turnovers. Lot of credit to him, because he’s doing a great job.”

Looking at the decision-making, there are already a handful of examples where his patience has paid off for the Buckeyes. The obvious cases are when Fields winds up running himself, like he did on the first touchdown run on Saturday in the win over Nebraska. After a pump fake, the sophomore worked through his progressions and clearly didn’t seem to be in a hurry to call his own number on the ground. But against good coverage, eventually a hole opened up for Fields, he put his foot in the ground and dashed to the end zone for a momentum-building score.

Later in the half, his unwillingness to force the issue combined with his athleticism on an eye-opening scramble behind the line of scrimmage before Luke Farrell broke free and Fields found him for a third-down conversion. There have been a number of snaps that developed just like that for Fields already this season, and more often than not, he’s using his legs to set up the possibility to throw.

Can he get quicker with his reads? Absolutely, and that comes with time, reps and experience for any quarterback.

So Justin Fields is only going to get better for the Buckeyes, and he’s already looking pretty special.