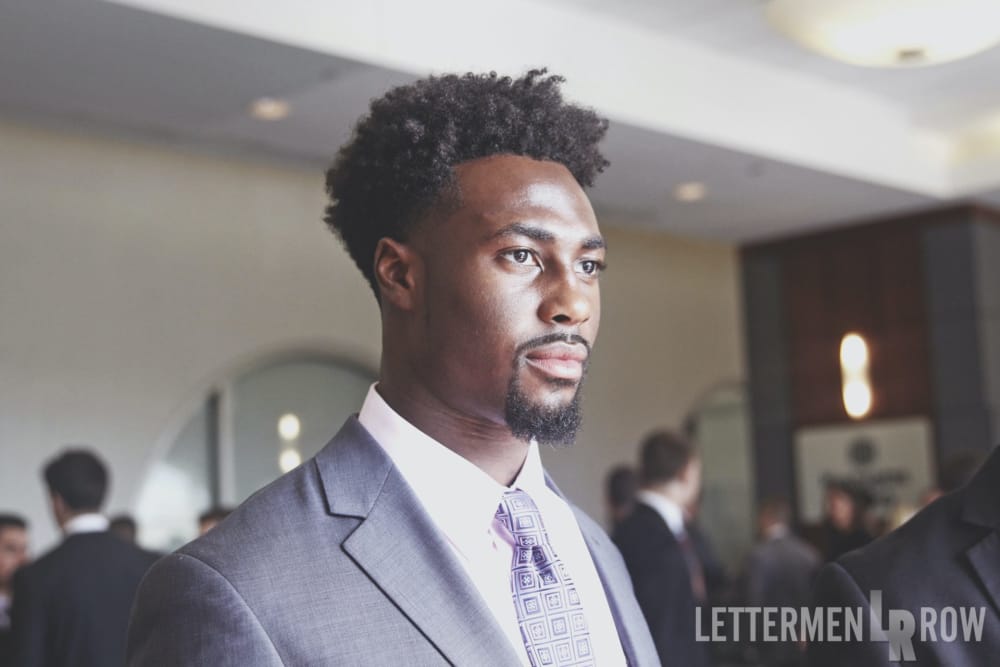 Physically? Yes, that too.

The Ohio State senior safety tweeted three weeks ago that after sitting out spring drills as he recovered from surgery for an undisclosed injury, he had been cleared to go all-out as the Buckeyes head into the first full season of the Ryan Day era.

But he’s also 100-percent sold on the idea that college football players should be able to benefit financially at least from use of their images and likenesses. He’s been in college long enough to gain an opinion on the NCAA’s rules still limiting such remuneration.

“I think the NCAA is very behind,” Fuller said Thursday during the Big Ten media days at the Hilton. “I don’t really understand – give me a good reason why [such a right hasn’t been granted already].

“I really honestly can’t even think of something.”

The Ohio State captain is interning this summer with the law firm Porter Wright Morris and Arthur LLC, and with the Anomaly Sports Group, led by Luke Fedlam and Bruce Wimbish, which is involved in the education of athletes about the opportunities and pitfalls they face.

Fuller said his fellow intern, Ohio State walk-on tight end Brock Davin, is doing a presentation on whether athletes should get paid for their image and likeness and the teammates were discussing it earlier this week.

“We were going over different college athletes, and some of us have 300,000 followers [on social media], and I think something like 27 million people watched the national championship last year — and then like all we’re getting is a cost-of-attendance stipend,” Fuller said. “We can’t even sign autographs for money?

“It doesn’t really make sense to me. But it is what it is.”

Fuller wasn’t sure whether the big-time schools simply should openly pay their players: “I don’t know all the dominoes that would make fall. But I think we should be able to get paid for our image and likeness, too. Plus, the NCAA has to come back out with a video game” from which they all could share in the profit.

Again, he’s headed into his fourth year of college. So Fuller has had time to see things from the inside, ponder the court cases which have challenged the NCAA’s amateur rule and wonder why the NCAA hasn’t acquiesced more while the restrictions remain.

“Right now it kind of feels like they’re doing it just to do it, that kind of thing,” Fuller said. “The rules are the rules right now, so we have to abide by them. But hopefully it changes soon.”

His teammate and fellow senior K.J. Hill is for the change, too. But the veteran wide receiver added: “I think there’s got to be some organization to it at the end of the day. Because being a college athlete, some people can get taken advantage of if you don’t know. …

“But we definitely should be able to get paid, signing autographs for money and that, because at the end of the day we are bringing in a lot of money to programs. Why can’t I get five dollars?”

Fuller thinks the opportunity could be coming in the next five years or so. But he was reminded that one reason the NCAA has balked is that it likely would create a wider divide between the haves and have nots in major college sports.

“That’s just the way it is,” Fuller said. “It’s like, you can’t be mad that you’re not LeBron [James]. It’s not LeBron’s fault he’s LeBron. … It is what it is. You’re going to have to work harder for your money.”

As for, say, the Buckeyes in particular and the impact locally, “I think it would be better,” Fuller said. “I think it would make players more visible, like help us have a better relationship with our fans, all that kind of stuff.”

Yet there is the thought it could cause divisions in the locker room – that the stars would be more in demand and command more money than, say, a second-string offensive lineman.

“I think it would be everybody gets what they get,” Fuller said. “That’s what the real world is [like]. I don’t know why we can’t treat the NCAA like that.”

When someone quipped that players are paid different amounts in the NFL, for example, Jordan Fuller smiled.