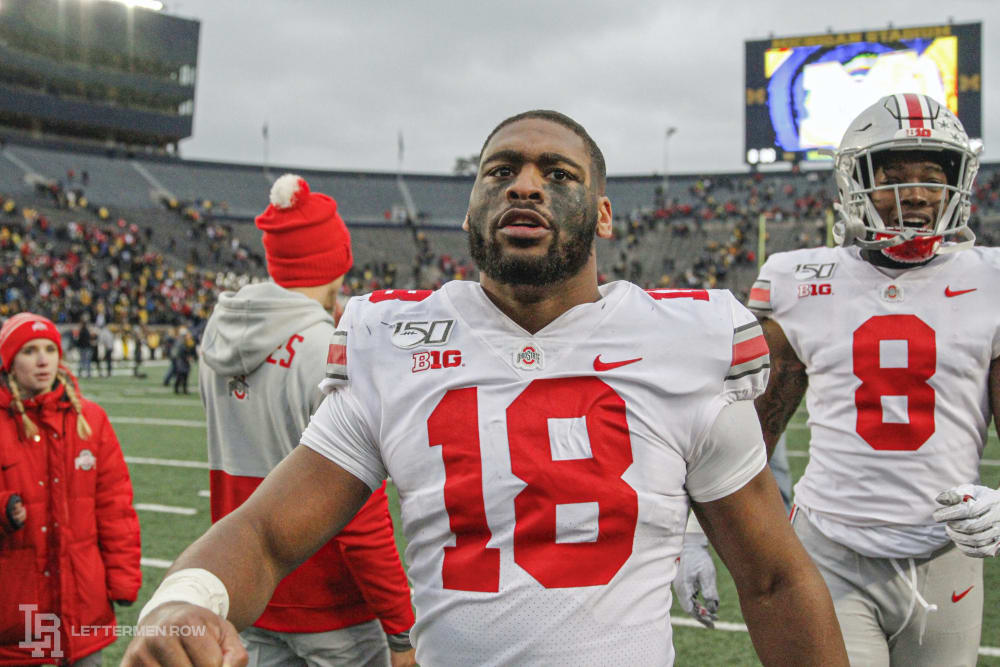 Jonathon Cooper made a difficult decision to redshirt for Ohio State, but he didn't pass up playing against Michigan. (Birm/Lettermen Row)

ANN ARBOR, Mich. — Forget winning the Big Ten’s Eastern Division or playing in the Big Ten Championship game. Forget having a chance to play in a national championship if Ohio State makes its way to New Orleans in mid-January.

Jonathon Cooper had one game left to play this season and there was no way he was going to let this one go by.

This was The Game. For Cooper, that meant it had to be his game.

After deciding a week ago that he would take an unexpected redshirt year following a nagging ankle injury that’s kept him from playing much of the season, he wasn’t going to let the chance to suit up along his brothers one more time in Michigan Stadium pass him by. But there was a decision to make.

For the 6-foot-3, 240-pound defensive end, the decision was easy. But a good week of practice and a refreshed spring in his step made it even easier. 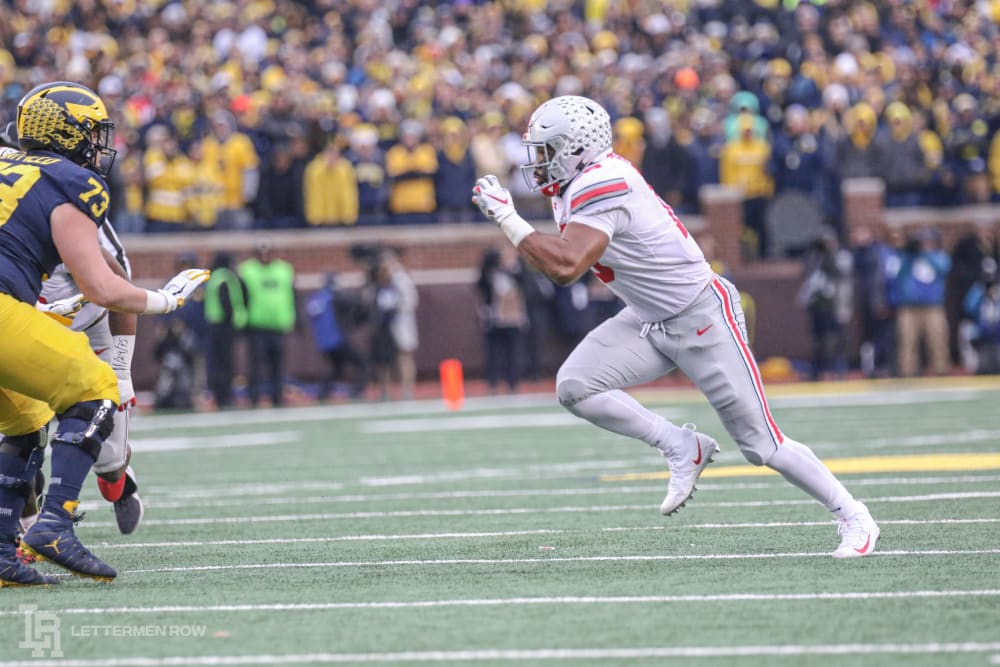 “I was feeling really good this week and had a pretty good practice, so I asked the coaches if I could do this one,” Cooper said. “I feel like this game would mean more to me and my brothers to end the regular season undefeated. I wanted to make sure I gave everything I’ve got.

“Not only is this the rivalry game, but I feel like this is the last time I would get to like play, emotionally, and that means something.”

Cooper sacked Shea Patterson once and provided the relentless effort that he’s been known for since he arrived at Ohio State in the winter of 2016 as a heralded 5-star recruit. Chase Young may get the well-deserved hype, but it’s usually Cooper who provides the hope.

And he knew he could give his teammates a boost.

“It means a lot,” Young said. “He always told me he wanted to come back for the big one.

“He came out here and he played very well. I’m proud of Coop. That’s big bro.”

Big Bro’s season is now over. The Buckeyes captain and emotional leader knows that, but he doesn’t regret it.

And he’ll obviously still be around playing an instrumental role as a mentor for the younger guys and their biggest supporter on the sideline.

“It was tough,” Cooper said. “Because obviously I was debating if I wanted to come back Penn State, [Michigan] or the Big Ten Championship game, but I felt something inside of me that said this should be the one. And I’m very happy I made that decision.”

The decision may end up feeling bittersweet at some point. But for now, the Columbus native helped secure another win in the greatest rivalry in sports and earned his fourth pair of Gold Pants in the process.

There’s no need for looking back. 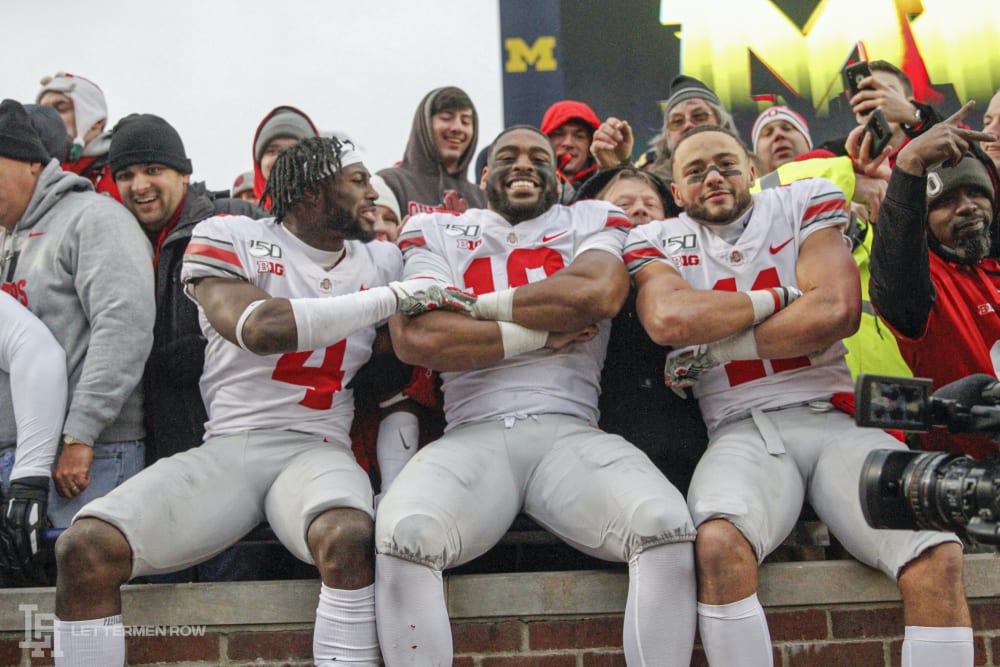 Jordan Fuller, Jonathon Cooper and Austin Mack came into Ohio State together — but Cooper will leave one year later than planned. (Birm/Lettermen Row)

“This season has been tough,” Cooper said. “I honestly wasn’t going into this game thinking: ‘Oh I’m going to make a big-time play or a big-time sack.’ Every single week, whether I am playing or not, I am going to make sure that give everything to this team. Everything that I have. Whether that’s on the field or off the field.

“It means the world to me that my teammates were here and I stepped up for them.”

But could he do it again? Sure, technically, he could, but Cooper is at peace with the decision to forgo the rest of this season for a chance to show the Buckeyes and the rest of the Big Ten what he’s capable of doing when he’s 100-percent healthy.

“Before I made my decision, I made sure that I was satisfied whether I had a really great game or whether I didn’t, that I’m going to stay committed to my decision,” Cooper said. “Yeah, it could be enticing, and yeah I could still come back. But I feel like what’s best for me and also for the team and my family is to still redshirt.”

His last shot to play in his original senior season has been used now. Jonathon Cooper certainly made the most of it.