Connect with us
Jonah Jackson was dominant from his guard spot for the Buckeyes.

The powerful, tone-setting drive to open the critical East Division title game last season against Penn State was just about the perfect example of why the interior linemen for the Buckeyes are integral to the success of one of the nation’s best offenses. And it showed why the future could be even brighter with his buddies Josh Myers and Wyatt Davis set to return for one more campaign with the program.

But Jackson also featured prominently in that work, of course, building off his previous development at Rutgers with a year in the spotlight at Ohio State that proved he was one of the nastiest, soundest blockers in the country. And those are the kinds of clips that NFL teams want to see when they schedule virtual meetings with the versatile guard, who was fresh off one with an AFC East squad when Lettermen Row dialed in to pick his brain.

“Things are going great,” Jackson said. “I lucked out, because one of my good friends from back home has a gym where I’m able to work out — and we’re keeping our social distancing right. There’s only two of us down there, and we’re staying six feet apart. 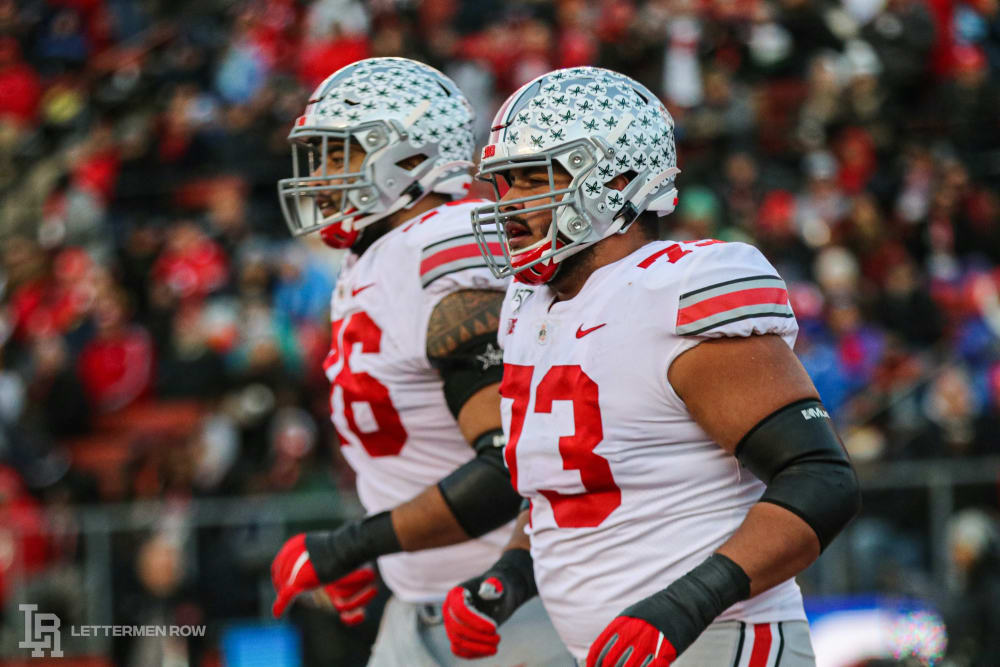 Ohio State guard Jonah Jackson made the most of his time with the Buckeyes. (Birm/Lettermen Row)

“But I feel like this time is great to take advantage of watching film, honing in on my craft and being the best player I can be come late April.”

Jackson figures to hear his name called in some form or fashion relatively early in this reworked version of the NFL Draft. And next year at this time, the same figures to be true for Myers and Davis, who formed a terrific trio on the inside that helped pave the way for J.K. Dobbins to become the first 2,000-yard rusher in Ohio State history.

That dirty work in the trenches often gets overlooked. But the evidence of the impact of those Buckeyes is quite clear on the game tape — and Jackson had a bunch of knockdown blocks to prove it.

What made the interior of the Ohio State offensive line so effective? How early will Jonah Jackson be selected in the NFL Draft after his breakout season at guard? Where is the ceiling for Josh Myers and Wyatt Davis as they return to the Buckeyes? Jackson joined Lettermen Row in the virtual film lab for the first time to answer some of those questions and break down one of the most impressive drives of the season in the latest episode of BuckIQ.