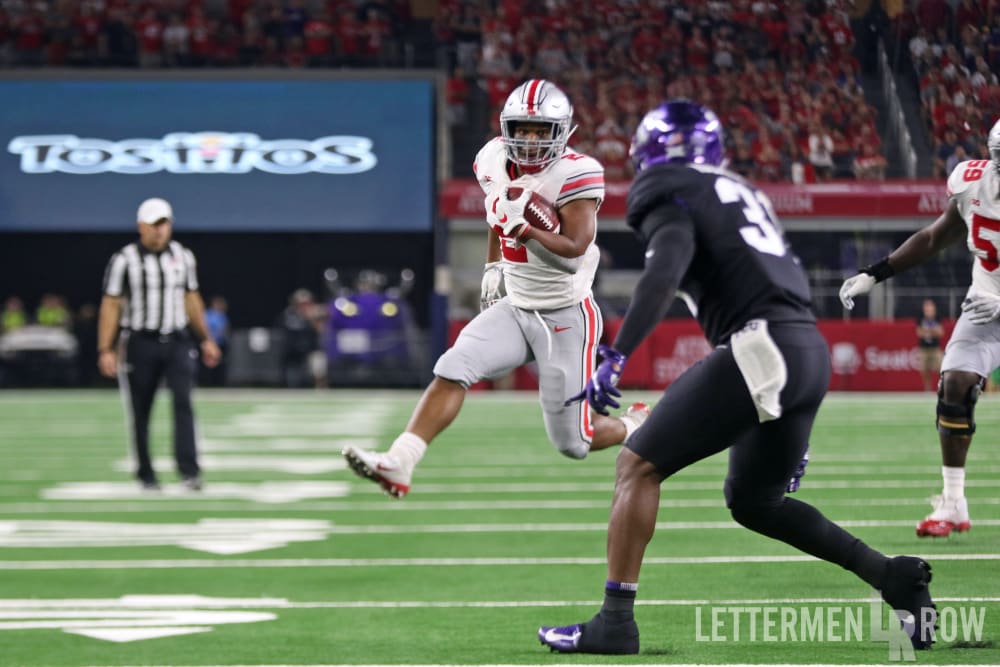 Ohio State can improve its rushing attack with J.K. Dobbins, but the Buckeyes might not need it. (Birm/Lettermen Row)

The speculation, debate and conversations about Ohio State never end, and Lettermen Row is always ready to dive into the discussions. All week long, senior writer Austin Ward will field topics on the Buckeyes submitted by readers and break down anything that’s on the minds of the Best Damn Fans in the Land. Have a question that needs to be tackled, like the one today about the rushing attack with Mike Weber and J.K. Dobbins? Send it in right here — and check back daily for the answers.

What is the cause of what seems to be a lack luster run attack from 2 backs we really expected to emerge this season?

The possible reasons for concern are easy to identify, and it’s both fair and understandable to wonder if Ohio State has issues running the football. The Buckeyes are coming off a game where neither J.K. Dobbins or Mike Weber graded out as champions, the entire offensive line was left off the list and the short-yardage attack came up short in key situations once again.

But how much production on the ground does Ohio State actually need when this offense is clearly built around the All-American arm of Dwayne Haskins and steamrolling to 455 yards through the air and 49 points? Honestly, the offense is just fine, albeit still in something of a transition to try to find the right balance, play-calling and execution in certain scenarios.

Compared to the historical standard in the program, sure, the Buckeyes are coming up a bit short of the mark. But they’re still ranked No. 5 in the Big Ten with more than 200 yards per game — and both Dobbins and Weber are among the top-10 rushers in the league at the midway point of the season. 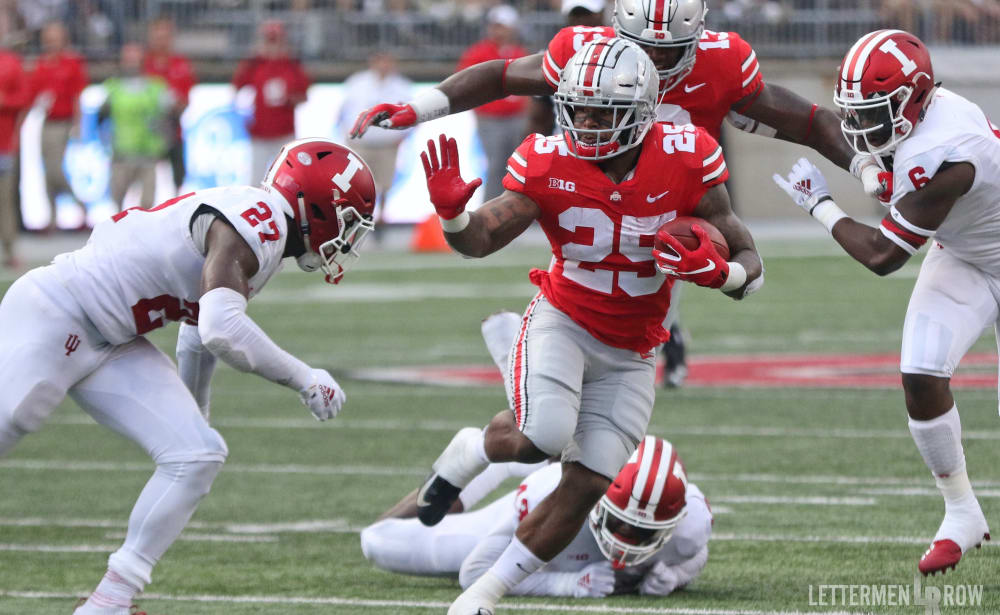 That doesn’t mean Ohio State has to be content with what it’s getting, and clearly Urban Meyer isn’t based on what he saw last week against Indiana. But focusing too much on the run might be missing the bigger picture about how absurdly effective the passing attack has become.

“We have got to do a better job as coaches and better job, obviously, with players, just executing the run game,” Meyer said. “Because it’s not always a loaded box.

“That’s [one of the] weaknesses of our team right now is balance on offense.”

Maybe so, but it hardly appears to be a fatal one.

If Ohio State wanted to do more on the ground, it’s hard to imagine that it wouldn’t be able to with all the talent it has to work with right now. That would include more than just J.K. Dobbins and Mike Weber, since the Buckeyes could insert additional packages for dual-threat quarterback Tate Martell or utilize H-backs Parris Campbell and K.J. Hill more often as rushers.

But really, that hardly seems necessary when the offense as a whole is operating at such an elite level. And it might be an overreaction to a performance against Indiana that is likely going to be revealed as an aberration thanks to the notorious Penn State hangover and a tough week of practice both physically and mentally that produced some sloppy play.

The Buckeyes have the ability to improve as a rushing threat, and it’s a safe bet that they will. But they also aren’t a team that desperately needs to do it to keep winning games and make a run at a national championship.