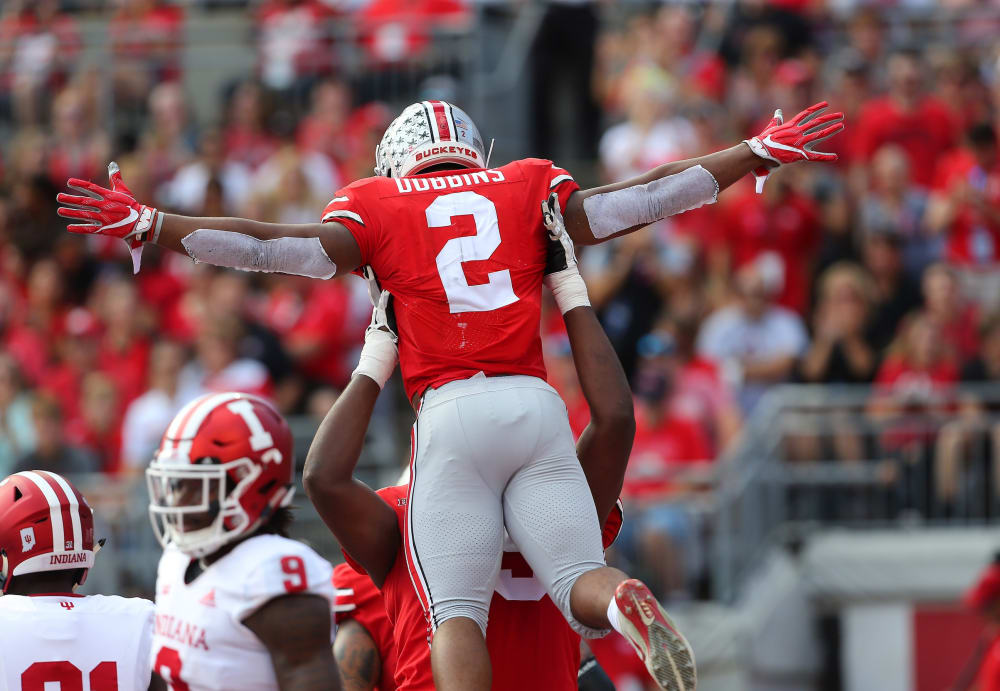 J.K. Dobbins got the ball rolling early for the Ohio State Buckeyes on Saturday against Indiana. (Joseph Maiorana/USA TODAY Sports)

COLUMBUS — Maybe there was an Ohio State hangover after all.

The physical and mental effects for the Buckeyes just weren’t strong enough to loosen their grip on the Big Ten.

Ohio State was sloppy in execution, a bit careless with the football and again consistently getting gashed defensively even against a somewhat suspect Indiana squad. But it still wound up overpowering the Hoosiers on Saturday at the Horseshoe, eventually pulling away for a comfortable 49-26 win that kept the program undefeated at the season’s midway point.

What are the initial reactions for the latest win for the Buckeyes? Lettermen Row breaks it down with Snap Judgments.

Dwayne Haskins can do incredible things with his arm

Maybe it’s no longer a surprise at this point that Dwayne Haskins has a special arm, but it’s still remarkable to watch the Ohio State quarterback work. The 37-yard deep ball he dropped into the bucket for Johnnie Dixon was a work of art, and marveling at some of the masterpieces from Haskins isn’t going to get old any time soon for the Buckeyes. Indiana was able to nab an interception from him after getting some pressure and hitting him in the first half, but that was nowhere near enough to slow down the Heisman Trophy candidate. 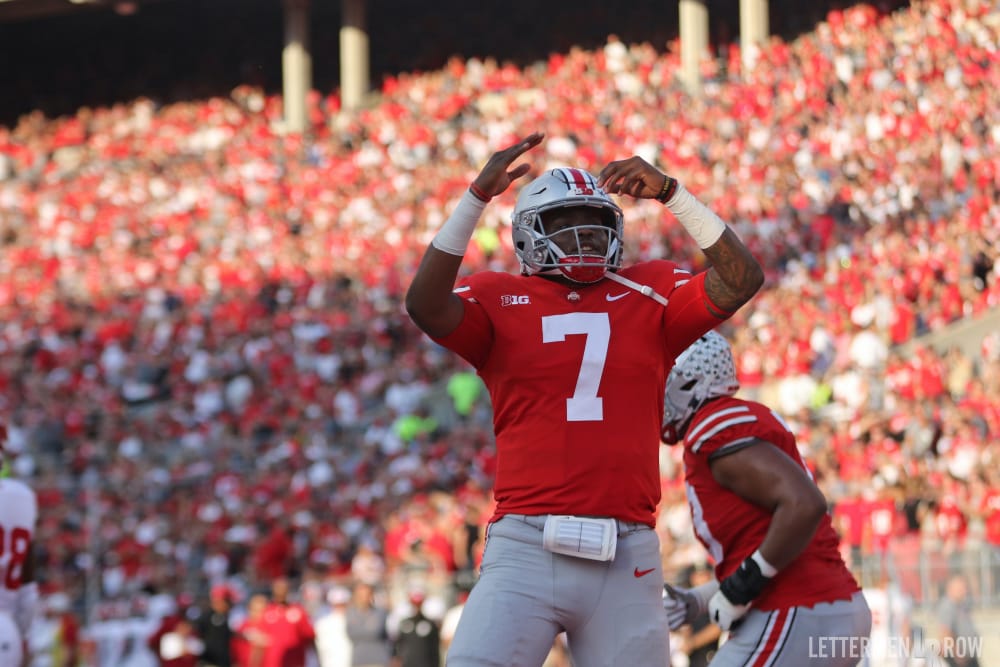 Even while easing his way back into the lineup with limited snaps early in the season after his spring Achilles injury, Tuf Borland has consistently refused to point to his health for any ups and downs in his game. But he clearly appears to be gaining strength and confidence every week at middle linebacker, and the fumbles he’s forced in the last two games have provided huge swings in momentum for the Buckeyes. Just like when he was inserted into the starting lineup late last season, Borland is proving to be a difference-making defender.

Time for secondary to find solutions

The Buckeyes were down a starter at safety in the first half, but even when they’ve had Isaiah Pryor available this season there have been issues in the secondary. Jahsen Wint continued the string of shaky performances with poor angles and some apparent issues diagnosing plays, and at this point the trend is hard to ignore. It’s even fair now to include the cornerbacks in the mix given some of the shots Indiana was able to hit on deep shots and consistently with slants over the middle. Are the Buckeyes missing Kerry Coombs running that unit? It’s certainly looking that way.

Ohio State is blessed with depth in the backfield, and the rotation works quite well when the offense is pushing the tempo. But the Buckeyes might need to start thinking more about either balancing the attempts with Mike Weber and J.K. Dobbins — or perhaps switching around the pecking order. Weber has been dealing with a foot strain over the last couple weeks, but he looked plenty healthy against Indiana. And when he’s full strength, it’s entirely possible that he’s the best rusher for Ohio State right now. For most of the game, Weber was averaging twice as many yards per carry and getting half the touches. The Buckeyes may need to tweak the formula.

The Buckeyes have their reasons to avoid running quarterback sneaks from under center, and they make total sense. But they need to find either more creativity in those short-yardage situations or develop the run blocking in a hurry. Quite simply, the aggressive approach for Ohio State isn’t going to work if teams no longer have to account for the quarterback and the offensive line isn’t getting enough push for the tailbacks.