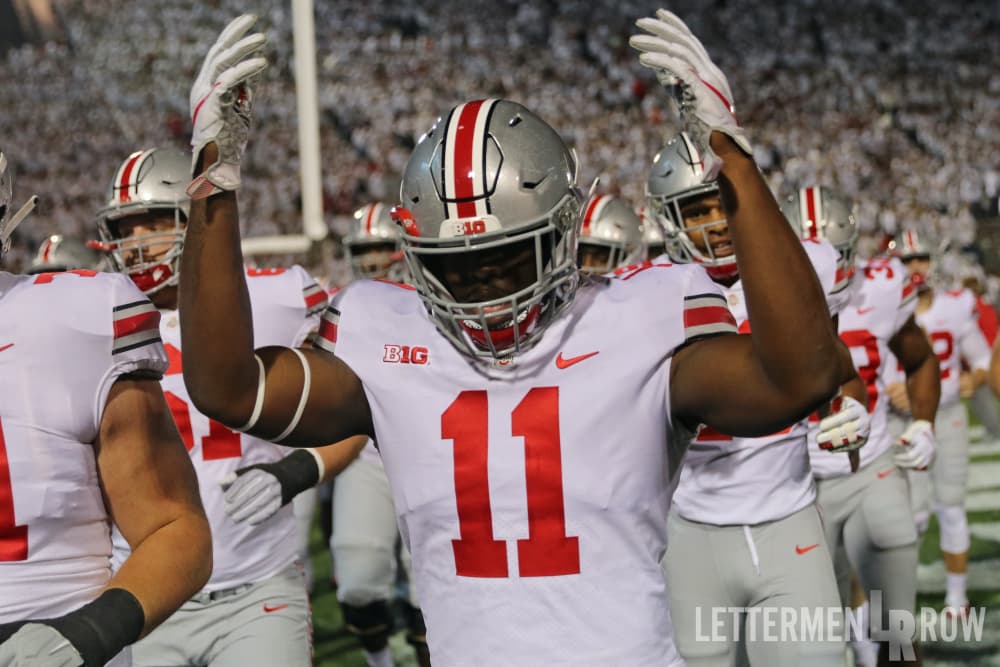 Ohio State hits the midway point of the season on Saturday against Indiana. (Birm/Lettermen Row)

The speculation, debate and conversations about Ohio State never end, and Lettermen Row is always ready to dive into the discussions. All week long, senior writer Austin Ward will field topics on the Buckeyes submitted by readers and break down anything that’s on the minds of the Best Damn Fans in the Land. Have a question that needs to be tackled, like the one today on the Ohio State-Indiana point spread? Send it in right here — and check back daily for the answers.

Ohio State is once again a major favorite as Indiana comes to the Horseshoe. (Bovada/Courtesy)

Cast aside those doubts about an emotional hangover. Stop worrying about the physical toll that going on the road for a top-10 matchup takes. And forget about the obvious comparison to having to come from behind against Penn State in the fourth quarter to win by a single point.

Ohio State is going to be just fine against Indiana.

These Buckeyes have had the chance to learn from the painful lesson last year about getting too wrapped up in a single victory and assuming the hard work was over. Yes, there are nagging injury concerns, but both defensive tackle Dre’Mont Jones and cornerback Damon Arnette are expected in the starting lineup and Ohio State has been careful with the reps of everybody who needed time to recuperate this week. And when it comes to this year’s post-Penn State matchup, playing in the Horseshoe against the Hoosiers could hardly be much different than going on the road to play Iowa.

So, it’s safe to assume that the Buckeyes aren’t going to be falling into a trap this week. 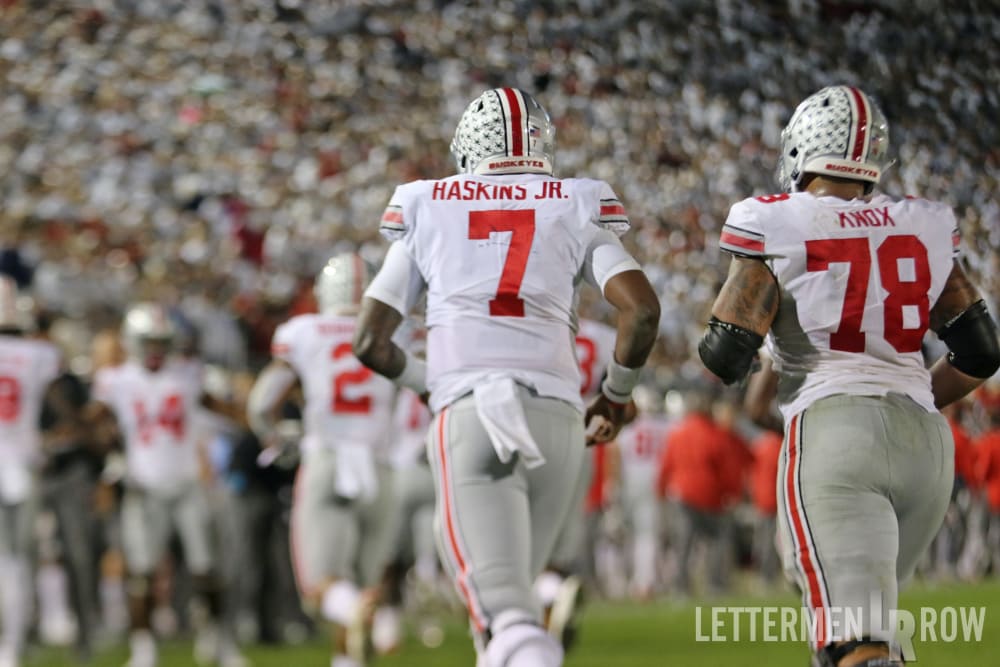 Dwayne Haskins has the Ohio State Buckeyes rolling into a matchup against Indiana. (Birm/Lettermen Row)

With the way Dwayne Haskins is playing at quarterback and the improvements that are starting to show up defensively, the Buckeyes just have too much firepower to have many concerns against a team that only beat Rutgers by a touchdown last weekend. Indiana has notoriously been something of a pain in the neck for Urban Meyer during his tenure with the program — but he’s also never lost to them, and Ohio State has won the last 22 meetings overall.

There’s nothing to fear with the Buckeyes as they hit the midway point of the regular season. Expect a clear signal that they aren’t planning to slow down any time soon.