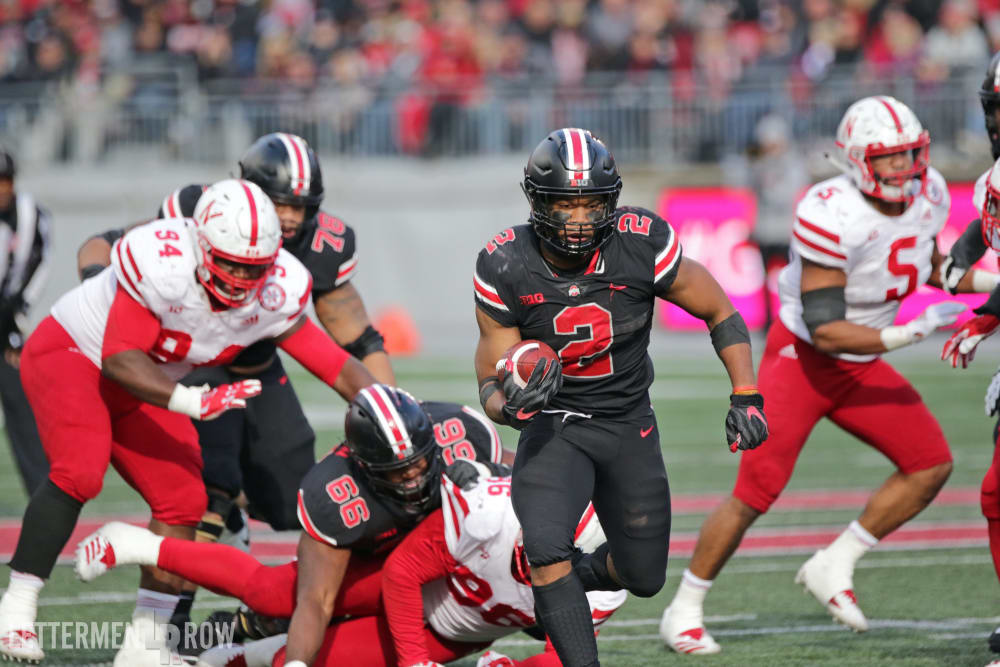 The speculation, debate and conversations about Ohio State never end, and Lettermen Row is always ready to dive into the discussions. All week long, senior writer Austin Ward will field topics on Urban Meyer and the Buckeyes submitted by readers and break down anything that’s on the minds of the Best Damn Fans in the Land. Have a question that needs to be tackled, like the one today about adjustments heading into Michigan State? Send it in right here — and check back daily for the answers.

We said the same thing after the Purdue game. Two weeks & not much has changed.

That almost certainly wasn’t the bounce-back, contender-defining outing Ohio State envisioned when it was working for two solid weeks to erase the bad taste out of their mouths after getting crushed at Purdue. But were the Buckeyes really struggling with the same-old issues that had plagued them throughout October? Based on just a handful of adjustments that were on display against Nebraska, there’s probably a decent case to be made that the coaching staff really did earn its money and get the program ready for this tough stretch run.

First of all, it’s not that far-fetched to believe a solid coach like Scott Frost could have an improving team and put together a great, fearless game plan for Nebraska with nothing to lose. And given the record the Huskers brought with them, it’s possible Ohio State didn’t think it needed to pull out all the stops to beat a two-win team. That doesn’t excuse some of the errors or any lapses in energy, it’s just probably fair to mention that when it comes to evaluating that performance.

So, what did the Buckeyes do that actually could bode well for the trip to Michigan State?

Somewhere in all those hours and hours of meetings, inspiration struck in the form of a new jumbo package in the red zone. The Buckeyes couldn’t deny there was an issue in short-yardage situations, and they also didn’t want to have to take quarterback Dwayne Haskins off the field. So, Ohio State cooked up a formation with a pistol look, an extra offensive lineman at tight end and loaded up a full-house backfield with blockers to pound away for a touchdown. They also reserved the right at other times to stress a defense with jet-sweep motion, which both can freeze defenders and present an option on the edge — which Parris Campbell used to score another of Ohio State’s touchdowns on a pop pass. 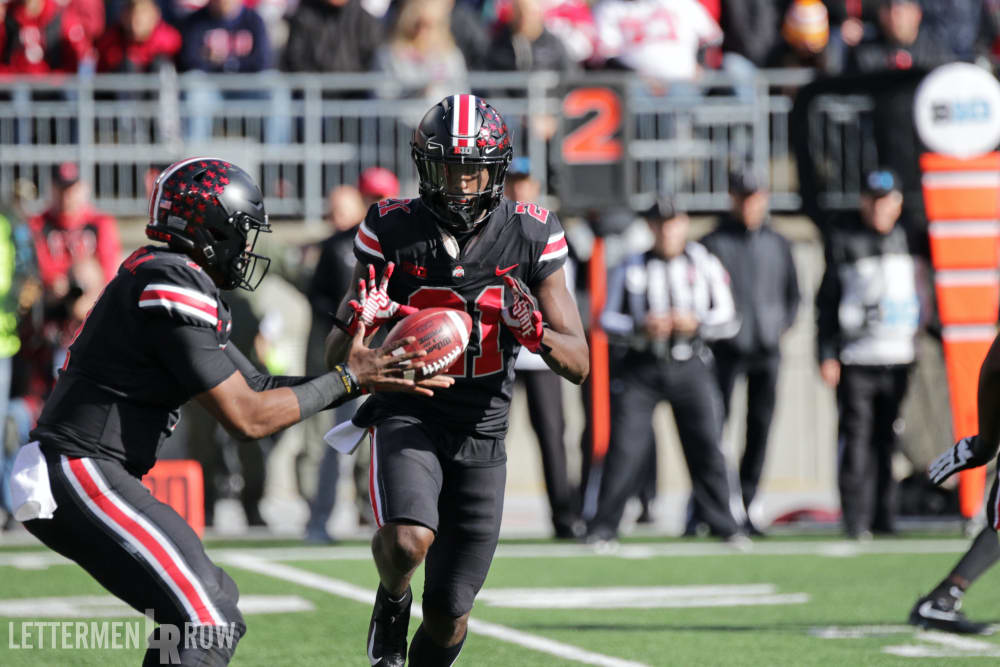 Ohio State scaled back on RPOs

A couple players suggested that Ohio State had removed the run-pass options from the game plan last week entirely, although that notion has been routinely shot down by the coaching staff throughout the week. But there was no mistaking that the Buckeyes were getting back to some of their power-rushing roots last week, dialing up what appeared to be more designed running plays that allow both the tailbacks and the offensive line to dial up the aggression. There’s a delicate balance at work for Ohio State given how dynamic the passing attack has been and can continue to be, but obviously the running game was tweaked during the off date.

The Buckeyes might not get full credit for what happened with Brendon White, even though their defensive plan for Nebraska always called for the safety to be involved at least in nickel packages. It just so happened that an ejection wound up paving the way for what sure looks like a new starter moving forward after White made the most of his opportunity. But he wasn’t alone as an option stepping up to provide new blood. Offensive linemen Wyatt Davis got his chance to leave a mark in that jumbo red-zone package and has the makings of a future star at guard. Tight end Jeremy Ruckert seems to be in line for more snaps going forward as he gets comfortable in his freshman season. And fellow classmates like linebackers Teradja Mitchell and Dallas Gant as well as wide receive Chris Olave are making moves to be contributors down the stretch. At least in a couple instances injuries have played a factor, but Ohio State doesn’t seem to be just blindly sticking with one lineup even this late in the season.

There is certainly more room for improvement for the Buckeyes on defense. But that win also might have looked far different for Ohio State on both sides of the ball without those three killer turnovers. That’s not meant as an excuse for the program, because those mistakes obviously count and it isn’t going to get extra credit tacked on after the fact.

But the Buckeyes also did a handful of things that set them apart from the version that lost to Purdue, and sometimes changes don’t click into place right away. Of course, Ohio State doesn’t have any time to waste and no margin for error, so the true judgment is looming on Saturday against the Spartans.