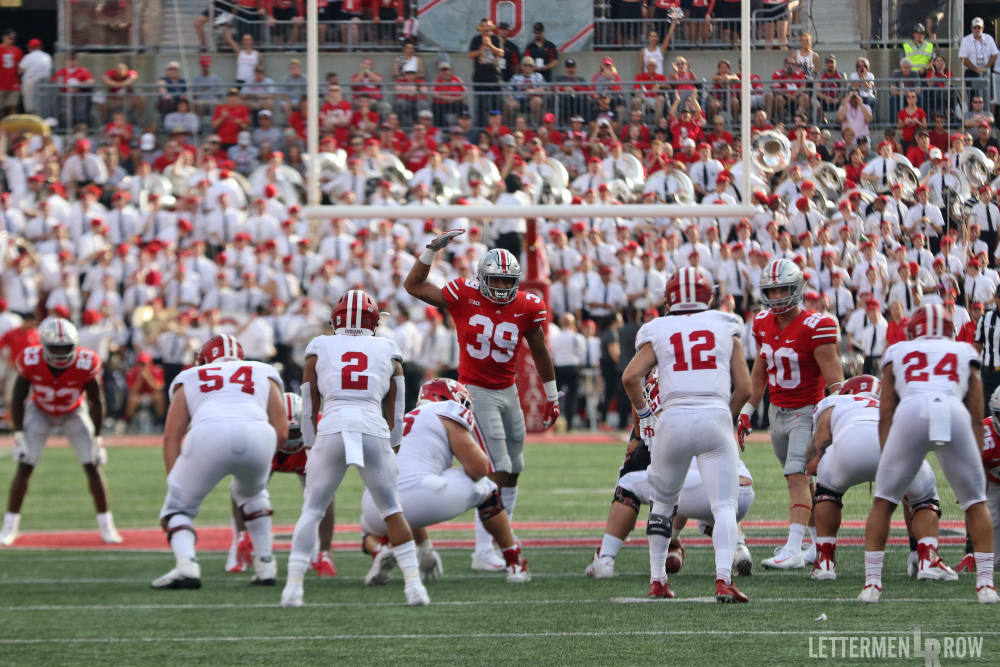 Ohio State is hoping to have Malik Harrison back at linebacker this week after an injury. (Birm/Lettermen Row)

COLUMBUS — Already shorthanded on defense and dealing with a handful of nagging injuries, Ohio State appears to be getting good news with a pair of key starters.

The Buckeyes haven’t disclosed any details about the issues that knocked linebacker Malik Harrison and defensive end Jonathon Cooper out of last week’s win over Indiana. But Urban Meyer indicated both were making progress ahead of another evaluation either later on Monday or perhaps on Tuesday that could have them cleared to return on Saturday against Minnesota.

“We’ve overcome some significant injuries, most notable is [star defensive end] Nick Bosa. And we’re still finding ways to win games. There are just some really good people on this team. We go out to practice and guys want to get better. It’s a good group to coach, good people and guys work really hard.” 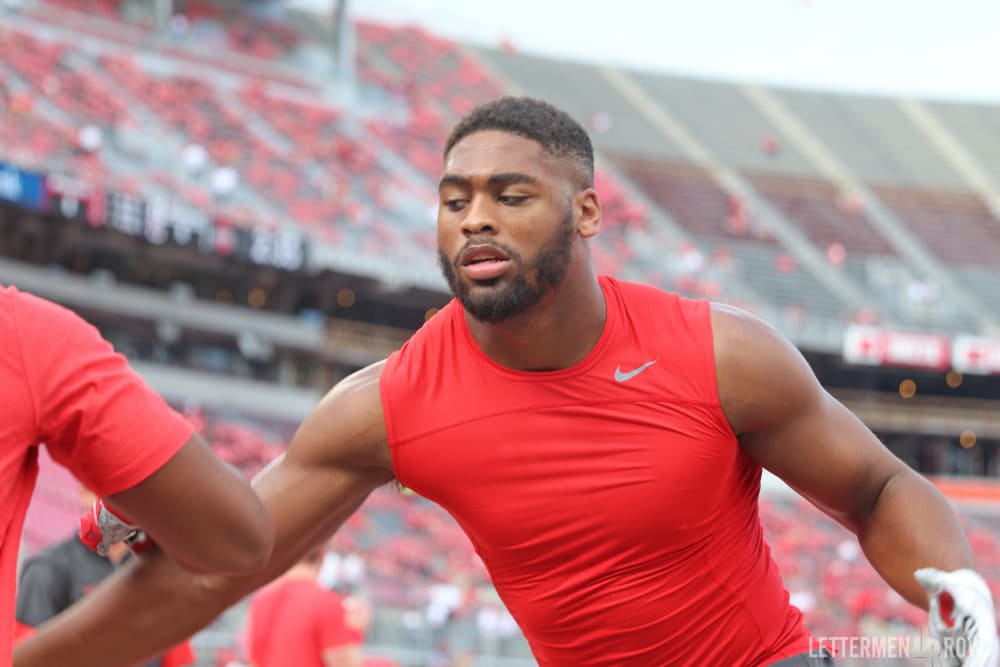 Meyer himself is doing just fine as the Buckeyes head back to the practice field with an unblemished record as they prepare for another Big Ten matchup in the Horseshoe.

There was some confusion on Saturday about whether Meyer suffered a collision with a staffer when he appeared to be suffering discomfort in his head. But the seventh-year coach clarified again that he’s continuing to deal with headaches due to his arachnoid cyst and not a reason for additional concern.

“I’ve been dealing with that cyst for many years, and we had that surgery several years ago,” Meyer said. “When it does take place, it’s just they give me some medicine and I feel fine now. It’s just something I’ve got to monitor.”