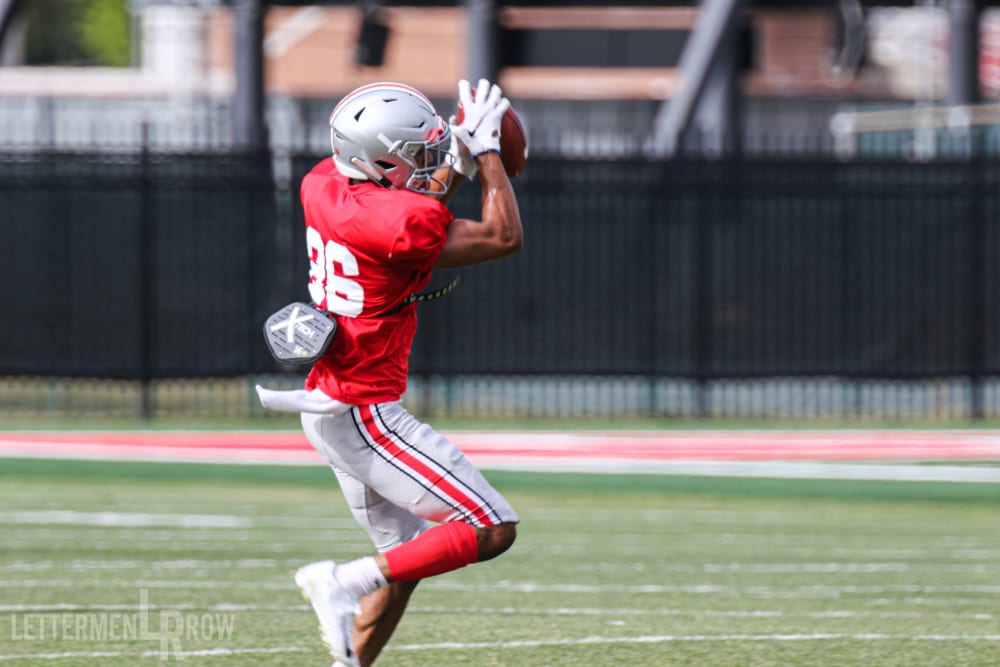 Ohio State H-back Jaelen Gill is competing for a spot in the rotation during training camp. (Birm/Lettermen Row)

The speculation, debate and conversations about Ohio State never end, and Lettermen Row is always ready to dive into the discussions. All week long, senior writer Austin Ward will field topics about the Buckeyes submitted by readers and break down anything that’s on the minds of the Best Damn Fans in the Land. Have a question that needs to be tackled, like the one today about the Ohio State and the H-back candidates? Send it in right here — and check back daily for the answers.

Why have we heard almost nothing about Jalen Gill? I know he’s probably third on the depth chart behind kJ and Saunders, but they targeted him quite often in the spring game, and haven’t heard much from him since then.

The buzz might not be as loud at the moment for Jaelen Gill, but there are a couple reasons for that.

There are also a few more that suggest it won’t take too long until the volume gets cranked right back up again for the redshirt freshman H-back.

So, why isn’t Gill getting talked about much during the first part of camp? For starters, Ohio State has kept its offensive plans largely under wraps, limiting the media viewing periods and not handing out scrimmage statistics that reveal exactly who has been shining the way Gill did during the spring game. Secondly, even after his transition year as a true freshman, there are still parts of the local product’s game that remain raw since he’s not had a chance to really gain meaningful experience in a game yet. And perhaps most important: The Buckeyes have no shortage of options at H-back, and that versatility in personnel not only opens up the playbook, it also means the competition to get on the field is more heated.

If Ohio State were listing them on a depth chart, it’s true that K.J. Hill would lead the H-back group, with C.J. Saunders next in line and Gill still pushing them both from the third spot. But aside from the fact that Hill is going to play a prominent role both there and probably in a more traditional wide receiver role at times, the Buckeyes don’t necessarily have to look at it like a pecking order. 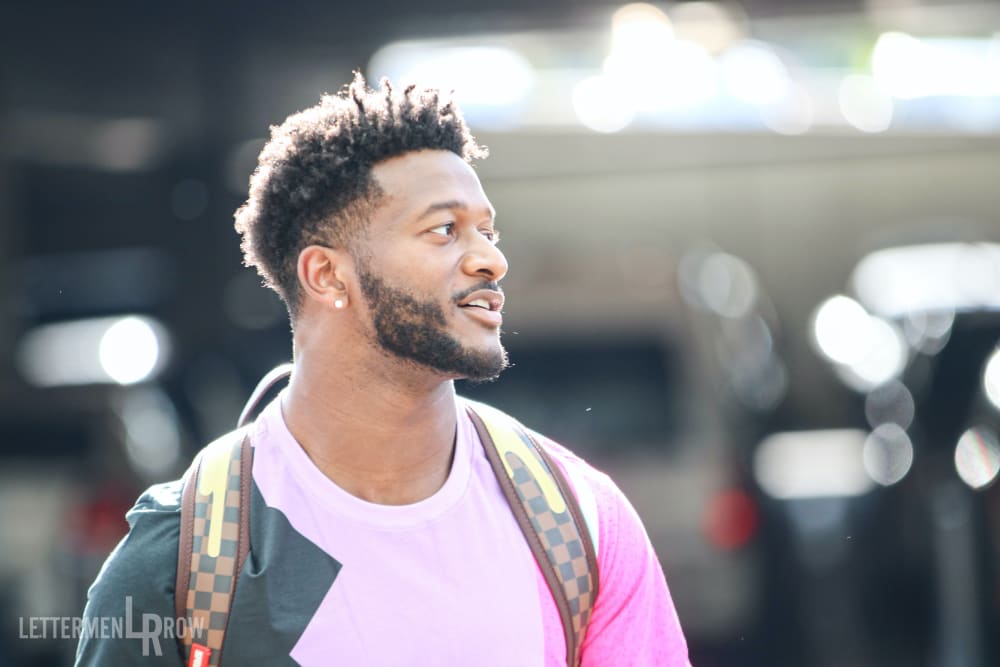 Ohio State senior K.J. Hill is in line for a big role for the Buckeyes offense. (Birm/Lettermen Row)

Thanks to the flexibility, skill sets and different body types, the Buckeyes can just about do whatever they want with that hybrid position on a given down. When they want the best all-around target for the passing attack on the field, Hill can go handle that. When they are looking for more of a speedy, slot-type wideout to win a one-on-one battle in tight spaces, Saunders could be the pick. Or if Ohio State wants to feature more of a rushing threat either for the pop passes that Parris Campbell used to turn into touchdowns or perhaps jet sweeps when the quarterback is under center, Gill probably represents the best option for the ground game.

Throw in the fact that Jeremy Ruckert might be somewhat in that H-back conversation as a guy who could just as easily line up in the backfield as an extra blocker or shift the formation to split out as a receiver and it starts to get a little crowded for just one guy to stand out.

“I think K.J. is pretty complete in terms of his skill-set,” Ohio State coach Ryan Day said. “He can do just about everything, and I think in the end it’s just going to come down to how durable will he be late in the season and can his stamina sustain throughout a game.

“[Saunders and Gill] are both practicing really, really well. C.J., really good in short areas and winning one-on-on battles, and Jaelen Gill is growing. Still makes some mistakes here and there but flashes through. He’s got a bright future. Just needs to keep working with [wide receivers coach Brian Hartline] and improving every day. But he’s another talented young receiver we have.”

That list of options is long, and Ohio State has the added benefit of being able to use a handful of weapons who bring different traits to the table.

Maybe that makes it tougher for a rising option like Jaelen Gill to stand out during camp. But it’s only going to make the Buckeyes better and more dangerous overall.

Scarlet Sunrise: Reality of no fall football sinks in for Ohio State