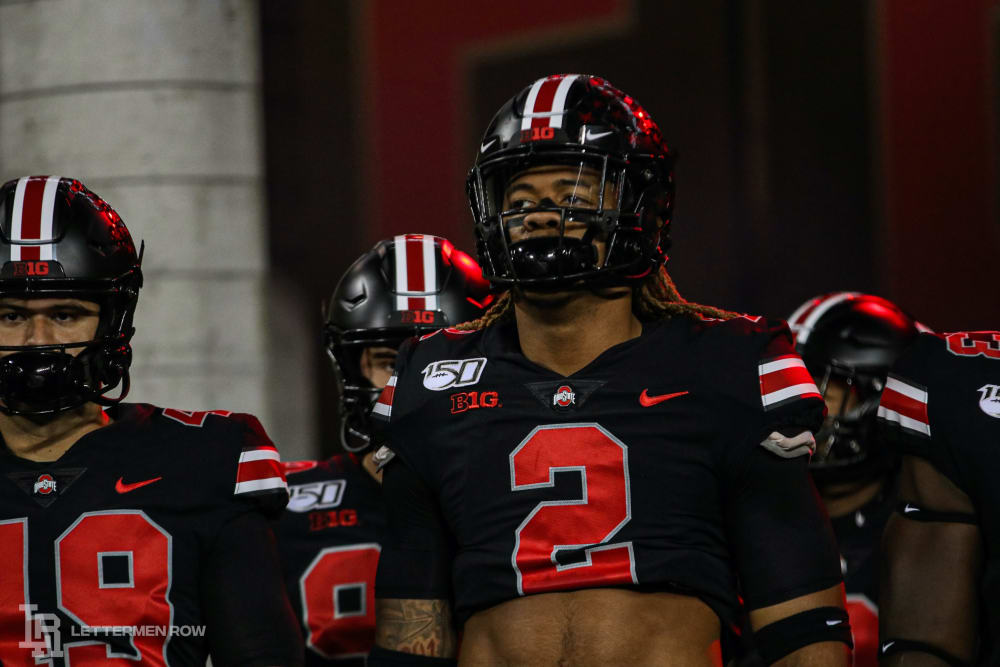 Ohio State defensive end Chase Young will lead the Buckeyes into the second half of the season. (Birm/Lettermen Row)

COLUMBUS — The timeless off-date debate would seem to have a clear answer for Ohio State this time around.

Momentum or rest? The Buckeyes almost certainly need a breather more than they need another game to keep the confidence from a hot start rolling along after a six-week stretch to open the season without a break.

Coming on the heels of a tough, competitive training camp and then rolling through a slate that has already included two Big Ten road trips and a slugfest with Michigan State on Saturday night at the Horseshoe, a few bumps and bruises have started to show for Ohio State. And considering the challenges that are left ahead of the program as it crosses the midway point of the season, the schedule would seem to be working in its favor — especially since it appears to have a team capable of playing three times in the postseason.

“And I think that this is a perfect opportunity to sit back and look at these six games, evaluate where we’ve gone, where we are and where we’re headed. But this was the perfect game to kind of do that.”

So, what is the ultimate destination for the Buckeyes and how will they spend the off date before turning their attention to a trip to Northwestern? Lettermen Row is kicking off this quieter week on campus with Five Questions for Ohio State.

How healthy can Buckeyes get during off week?

The first-half MVPs on either side of the ball for Ohio State both shrugged off the soreness on Saturday night after beating Michigan State. But the Buckeyes will surely still be cautious with defensive end Chase Young and quarterback Justin Fields with no game to prepare for this week just to make sure they’ve got a chance to get the batteries fully charged for the stretch run. Beyond that, Ohio State will be monitoring left tackle Thayer Munford after he appeared to be dealing with an ankle injury, cornerback Damon Arnette after he missed the second half with what was described to Lettermen Row as a precautionary and defensive end Tyler Friday after was held out over the weekend. The Buckeyes obviously don’t have to push it with any of those guys, and the chance to relax a bit came at a good time for them.

Is Justin Fields ready for new streak at Ohio State?

Justin Fields was able to crack a smile and jokingly accuse the media of jinxing his streak without an interception to start his college career, and that has to be an encouraging sign for the Buckeyes. Yes, the throw and decision were off the mark. But Fields moved on, is clearly still confident and finished the win over one of the nation’s toughest defenses by accounting for three more touchdowns. Every week the sophomore is going to get more comfortable in the offense, and he can actually use that mistake as another way to grow heading into the second half of the season. Plus, Ohio State has now seen that he won’t let one poor throw bother him and he can bounce right back. 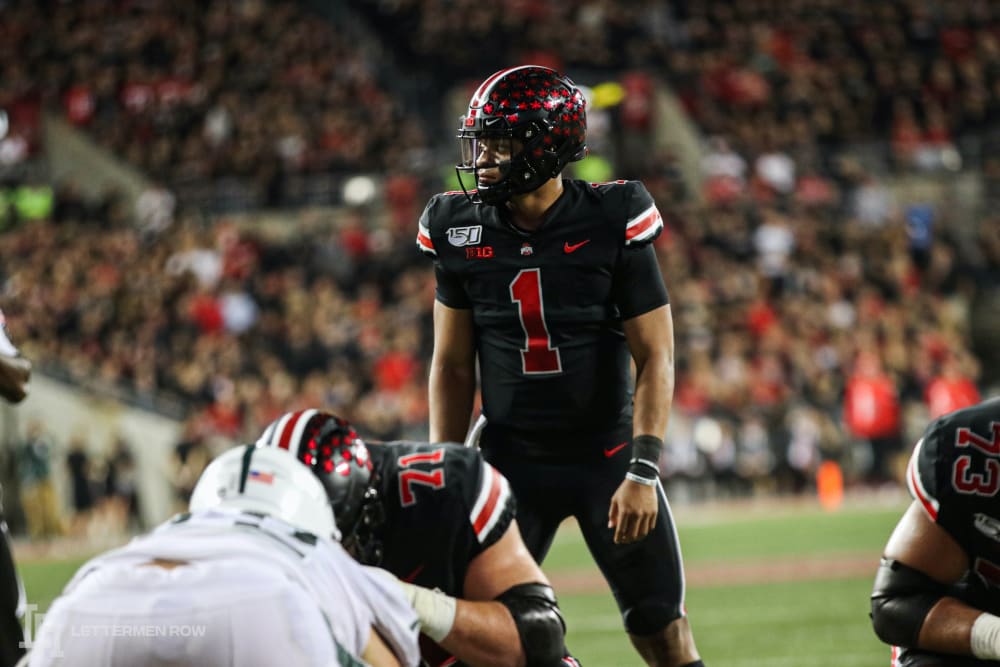 How much more work will Garrett Wilson get for Ohio State?

Slowly but surely, Ohio State appears to be ramping up the opportunities for five-star freshman Garrett Wilson at wide receiver. The first half of the season had already offered a handful of tantalizing glimpses at his potential with highlight-reel touchdown grabs, but it still seemed like Wilson was just shining as a sort of background player in the rotation. Against Michigan State, though, Wilson was out there in a handful of competitive situations. And he was actually one of the first guys to generate a little positive momentum for the offense with his 15-yard catch early in the game to convert a third down with the Buckeyes backed up in front of their end zone. As Wilson continues to acclimate to the speed of the game and the high standard on the Ohio State practice field, his role is only going to expand.

Where does Josh Proctor fit into Buckeyes rotation?

Jordan Fuller is clearly playing at the highest level of his career, so the Buckeyes aren’t in a situation where they necessarily need another safety to emerge as a front-line guy. But as Josh Proctor keeps impressing on the practice field and has more chances to flash his athleticism like he did blowing up a Michigan State ball carrier with a huge hit that almost looked casual, he’s also going to see the field more. Ohio State showed off a handful of new looks in the secondary against the Spartans, including the package that had Proctor in the lineup. And now that Isaiah Pryor is gone, it would probably be in the best interest of Ohio State to keep getting the second-year defensive back reps just in case he is needed to play a full-time role for some reason.

Ohio State has three candidates who could legitimately make a push to get to New York City for the Heisman Trophy presentation, so it’s understandable why the program might avoid launching any sort of coordinator campaign for one of them. But the truth is Justin Fields won’t need one since he plays quarterback for one of the best teams in the nation and is putting up the kind of dual-threat statistics that are appealing to voters, and J.K. Dobbins is at the next position in the pecking order that gets Heisman consideration. Despite probably being the best overall player in America, Chase Young could actually use an assist from the Buckeyes if he’s going to make history as a defender in contention for that top individual award. The junior added another half sack and tackle for loss to his resumé for this season on Saturday night, but those modest numbers by his high standard for success don’t really tell the whole story of how dominant he was. That might be a reminder that Ohio State could have to throw a little weight behind him if it wants to send him to New York — which is certainly the goal for a number of people working with the program.

Poll Watch: Buckeyes dominate, don’t gain much ground in rankings
Which Buckeyes helped their cause in win over Michigan State?
Advertisement
Advertisement